Plans for the 75th anniversary of the end of World War II have been re-shaped due to the Covid-19 pandemic. They will mainly be held online, and through social networks.

“This year, to celebrate the end of World War II and the U.S. Army’s role in liberating Czechoslovakia in 1945, Ambassador Stephen King has recorded a message honoring those who sacrificed to end the war, both U.S. and Czech, and thanking the Convoy of Liberty and the many towns throughout southwest Bohemia who joyfully celebrate the U.S. role in bringing freedom to Czechoslovakia in 1945.

“In addition, Embassy officials will send a personal video message to each municipality that had planned to host a commemoration this year. Ambassador King’s video message may be found here

The French embassy also had to cancel the planned event to mark this anniversary. “We will congratulate you on this important event on our website and social networks,” said the Embassy Press Secretary Katerina Etrichova.

The Slovak Ambassador, Peter Weiss, is giving a speech on Czech Radio.

On May 5, 1945, Czech Radio or Český Rozhlas formally turned against the Nazi German government occupying the country and called on protesters to openly oppose Nazi rule.

Some 30,000 people answered the call to take up arms against the Germans. For the next four days, Prague saw fierce street fighting which left over 2,000 dead.

The Prague Uprising finally came to an end with the arrival of the Red Army on the morning of 9 May.

Prague was the last European capital to be liberated after six years of terror at the hands of the Nazis. 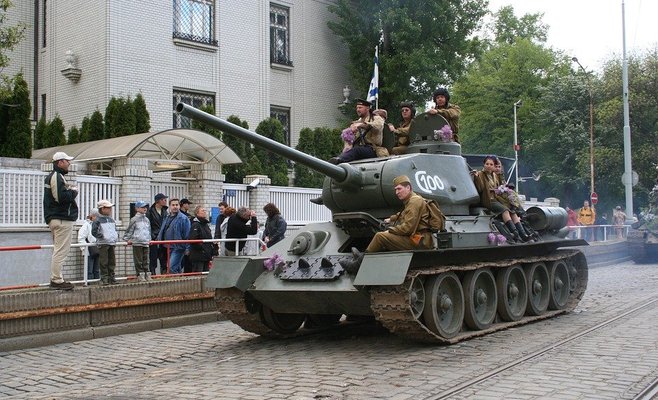 @PragueMorning
71 Following
3K Followers
❗️ The Czech Republic has asked Germany, Switzerland and Poland to take in dozens of COVID-19 patients as the situa… https://t.co/iFEJeANU1f
15 minutes ago
Follow