The painting by Oskar Kokoschka from 1934 entitled Prague – View from the Monastery of the Knights of the Cross with a Red Star was sold setting a record price of 68.25 million crowns at yesterday’s auction in Prague.

His new owner will pay almost CZK 78.5 million, as he will receive a 15% auction tax. 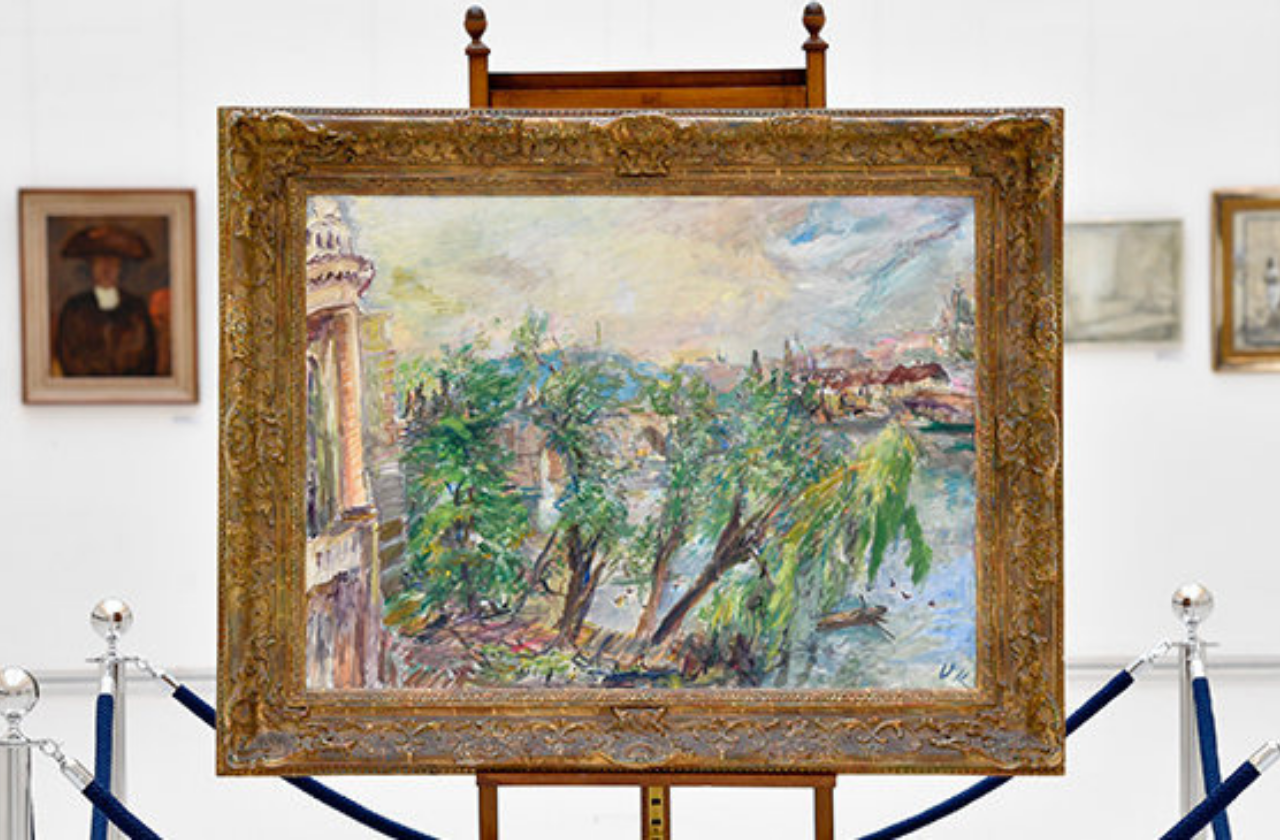 According to Aleny Havlíkové from the Adolf Loos Apartment and Gallery auction house, this is a new Czech auction record.

The world-famous Austrian painter, whose ancestors came from Prague goldsmiths, painted it after his arrival in Prague in the late summer of 1934. This masterpiece belongs to the series of his Prague landscapes.

In October 1934 the painting was exhibited in Mánes, so after 75 years the work returned to the famous exhibition hall.

Kokoschka painted from various locations in Prague such as the Strahov Monastery, the Kramář Villa Garden or both banks of the Vltava River. His paintings are part of the most important collections in the Czech Republic and abroad.

“Kokoschka’s oil painting Prague – View from the Monastery of the Knights of the Cross with a Red Star, together with Prague – Charles Bridge, owned by the National Gallery in Prague, and Prague – Hradčany and Petřín, are among its three most important scenery in Prague,” says the auction house.

Kokoschka chose a small balcony in the Convent of Old Town for his work, and from there he painted for almost three weeks.

The previous record of Czech auctions belonged to František Kupka, the pioneer of abstract art. On May, his masterpiece was sold for 65 million crowns, and with a 20% tax, the buyer paid 78 million.

The Dancing House, designed by Vlad Milunić and the famous architect Frank Gehry, has become an icon of…

The new President of Anglo-American University (AAU) will be professor Jaroslav Miller. He will assume his role at…
Total
0
Share
0
0
0
0
0
0