Coronavirus in the Czech Republic: The Latest

The country has reported a total of 284,033 COVID-19 cases since the pandemic started in March. There are more than 170,000 active cases currently. Deaths have climbed to 2547.

The number of hospitalizations has risen to 6, 191, and those in intensive care number 828.

Although on Monday the number of confirmed cases among those tested fell below 30 percent, the figures still suggest that there are far more infected people in the population than hygienists reveal.

The number of tests performed dropped to 35,000 on Monday. Last week, Czech laboratories performed on average 46,000 tests on weekdays.

On Tuesday, 27 October, the government of Andrej Babiš asked the Chamber of Deputies for an extension of the state of emergency in the Czech Republic until December 3, 2020.

As Lidovky.cz reports, the monthly extension is not supported by the opposition. Pirates ask for an extension of 14 days, KDU-ČSL for three weeks.

All schools, with the exception of kindergartens and special schools, will remain close after November 2.

On Thursday mid-day, President Miloš Zeman will appoint the Deputy Director of the Faculty Hospital in Brno Jan Blatný as the new Czech health minister. 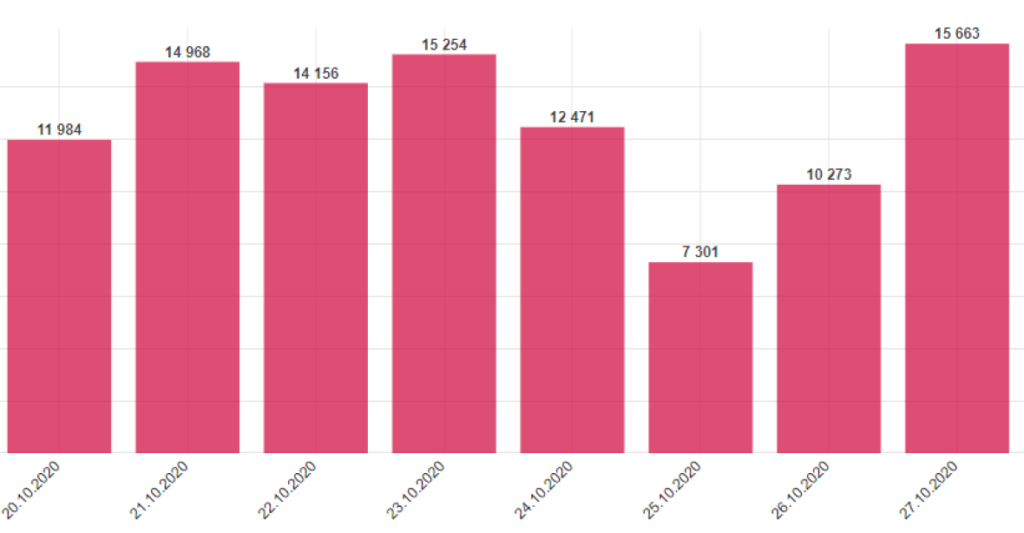 Social Network and Internet Users Increasing in the Czech Republic

Share via: The number of social network and internet users is further increasing in the Czech Republic, fresh…

President Zeman Appoints Fiala as PM in Ceremony Behind Glass

Share via: The Czech president on Sunday swore in Petr Fiala as the country’s new prime minister following…