Czech Man Rescued After GPS Leads Him to Austrian Forest

Blind confidence in the GPS led a seventy-three-year-old driver from the Czech Republic to the depths of the forest in Upper Austria. The man was rescued after a few hours by local firefighters.

According to the police, the man was returning to the Czech Republic from a holiday in Croatia, when the car navigation – nearby the village of Grossraming – led him to a road into a forest.

The driver keep on driving and despite the ban on entry, he continued along the hiking trail, which led him further and further into the forest. After driving a few hundred meters, the car got stuck on a slope. The car could not go forward or back.

At that point, the driver got out of the car and headed back to the village of Ortisei, from where he was taken to the police station in the village of Garsten. After a brief search, police found the car stuck in the woods and called in volunteer firefighters.

Michael Mauler, the fire chief, considers it “completely inexplicable” why the driver took the forest trail.

Police took the driver for a medical examination and confiscated his driver’s license. 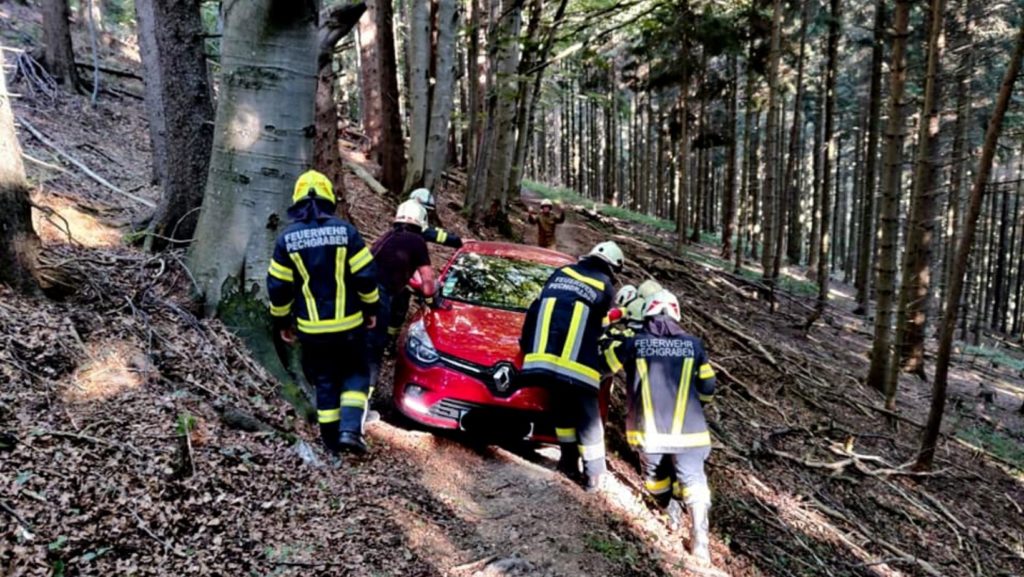