The Czech authorities can drastically reduce the number of Russian diplomats in the country due to Russia’s “massive espionage.”

According to the Bild newspaper, Prague determined that in 2016 and 2017, Russia carried out cyber-attacks against the Czech Foreign and Defense Ministries. As a result, a large portion of Czech officials’ personal data was leaked. The government’s communication systems were also threatened.

The hacker groups ATP28 and Fancy Bear, both with ties to Russia, are allegedly involved in the attacks. The Czech Republic’s Security Information Service or BIS was also greatly dissatisfied by the fact that there are too many “technical personnel” from the Russian Embassy in Prague.

The Czech Government fears that the country has become a part of Russia’s hybrid strategy against NATO and European Union. According to Prague, Moscow’s goal is to weaken NATO and to achieve the collapse of the EU with the help of pressure against certain States. 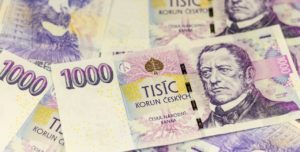