The Czech Republic Promotes Itself in Milan With a New Mural

Czech Tourism has launched a project born during the lockdown, inviting two internationally renowned Italian artists such as Solo (in the century Flavio Carbonaro, Rome 1982) e Diamond (aka Stefano Biagiotti, Rome 1977), to create a mural with Prague suggestions with their street art.

The new, gigantic mural is therefore located in Morosini street, in the Public Spaces of the Municipality of Milan and in Municipio 4 (not far from Piazza Cinque Giornate): the dominant features are those of Mucha’s Art Nouveau, in the seductive forms of Princess Libuše.

It is the predominant trait d’union between the neo-Renaissance and unmistakable profile of the National Museum of Prague, outlined in the background, and the symbols, placed in the foreground, of the city current, modern and lively, perfect for families and for generation Z.

With a red heart “set”, it virtually extends its hand to the other two great works of the well-known street artist Millo, which already overlook the Garden of Cultures.

In the mural, while not neglecting the rich historical, artistic and architectural heritage for which it is famous, an up-to-date, young, creative, urban, alternative, irrepressible and always different Prague breaks out, whose new way of communicating is street art.

Thanks to a dedicated QR code, Czech Tourism has promoted the special competition “Name the mural”: visitors, until 30.09, have the opportunity to give a title to the work and in October the author of the winning title will be rewarded with a weekend in charming Prague for two people.

Furthermore, in the outdoor spaces of the Czech Consulate in GB Morgagni street, an exhibition presenting the mural and the “twinning” and friendship project between Italy and the Czech Republic will be set up throughout the summer. 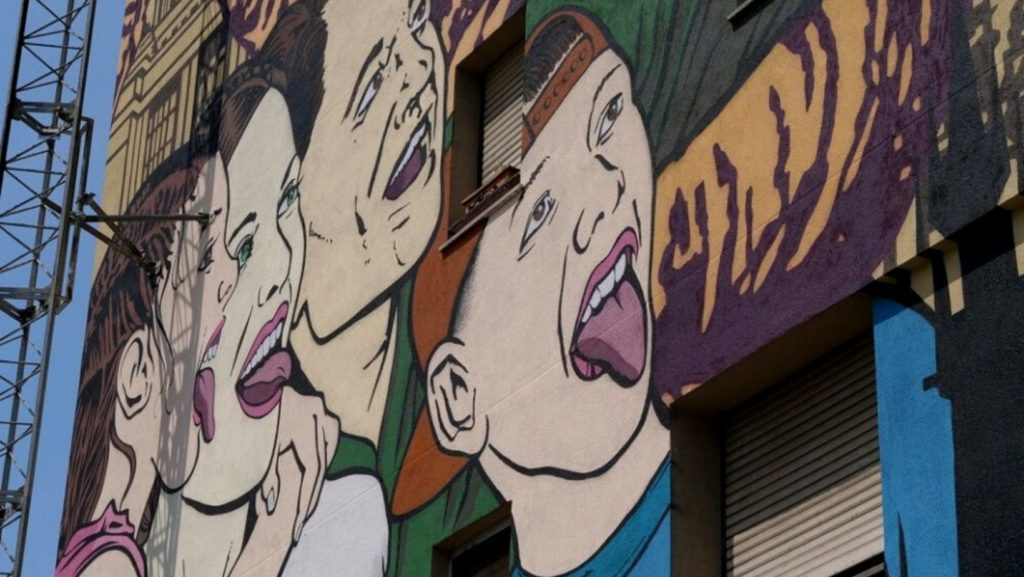