In the beginning, there was the Pražská čokoládová manufaktura, a franchise of the renowned Ukrainian pastry shop “Lvivska majsternja šokoladu”, a shop of chocolate candies and pralines in combination with a cafe.

However, it turned out that handmade chocolate is not such a desirable product in Prague, and so the original business was transformed into Gastrobar 1402. That was in 2017. The cafe now occupies only a third of the space. During the day, the establishment works as a restaurant serving both typical Czech and international cuisine, and in the evenings the entire space is transformed into a bar with live music.

Among the performers, there is the Filipino musician Bryan Gandola, but the microphone is also available to other artists and bands from around the world. Mainly rock is played here. Due to the location, the majority of customers are tourists and expats. The owner and almost all of his family involved in the development of the businesses are originally from Kyiv, except one of his sons that studies Quantum Physics in Germany.

Behind this project, there’s Pavel “Doctor” Gačkovskij. Pavel has been in the restaurant business for over twenty years and has been practicing medicine for the same time (with a few breaks). 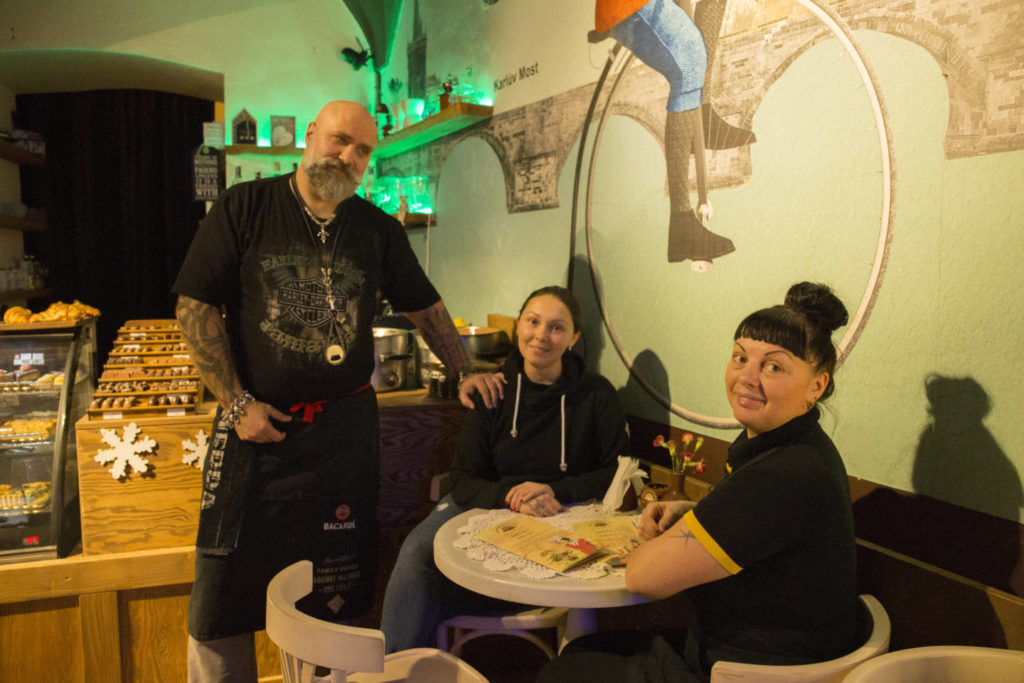 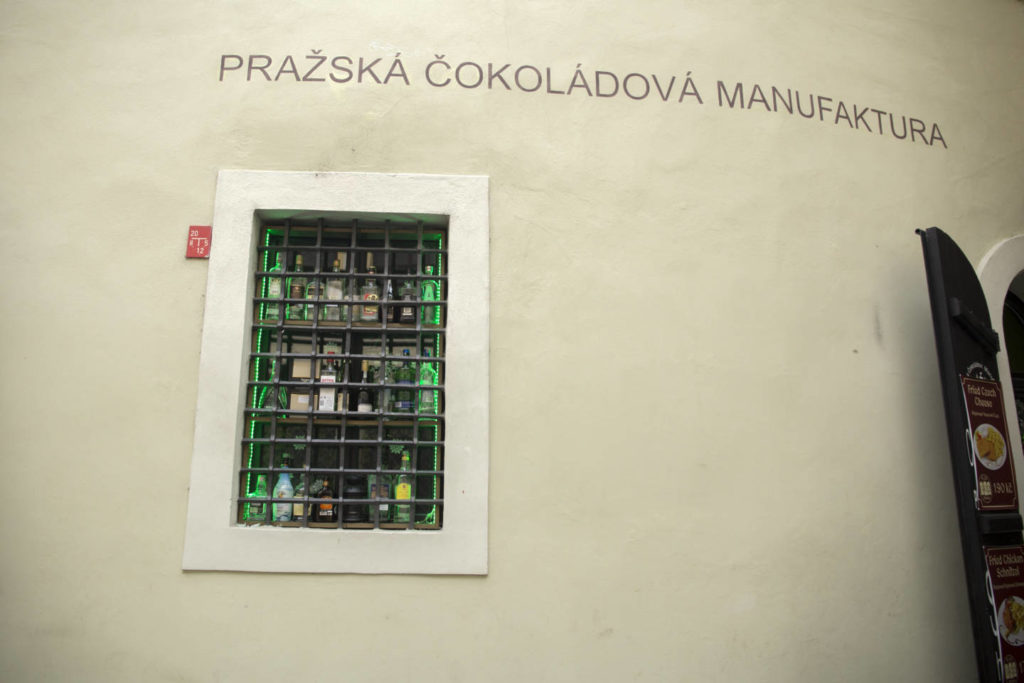 ICP: “Looks like you had a pretty good business in Ukraine, why did you decide to move to Prague?”

Pavel: “I started thinking about this since 2008 when the economic crisis happened. In 2012 it became clear to me where the whole country was going, many businesses were closing, etc. We decided on 2015 to move our renowned Route 66 bar to Italy but was quite harder to work there. We’ve been in Prague for a year and a half where my business partner has offered me this space.”

ICP: “There is a relatively large community of Ukrainians in Italy. Were you somehow active in it?”

Pavel: “Yes, there are about 2 million Ukrainians in Italy. It’s our biggest diaspora, more than in Canada or the US. When I moved there, I wanted to become an Italian as soon as possible. After a while, I realized that it would not work anyway, and I decided that I would rather be a better Ukrainian living in Italy. So I started to do something for my compatriots, and I worked closely with the Ukrainian Consulate. Thanks to this cooperation, our stand appeared at the biggest Italian fair Antica Fiera del Soco.

Here in the Czech Republic, I would like to continue with this work. We can organize music evenings, provide catering, we have a stand. We can show what Ukraine is, what Ukrainian music is. I’m open to cooperation. It doesn’t mean that I want to capitalize on it, I just want to do something for my compatriots.”

ICP: “In the Czech Republic, Ukrainians are the largest community. How do you perceive the Czechs’ relationship with the Ukrainians?”

Pavel: “Czechs are very tolerant, even if they do not like Ukrainians for something, they will never tell them. Even though I feel that right-wing views are increasingly coming up lately, maybe this will change over time. I would say that the relationship with the Ukrainians is twofold. On one hand, Czechs respect Ukrainians because they are hardworking. They work in the least lucrative and poorly paid jobs. But on the other hand, they do not like it, because such work is for Czechs below his level. At the same time, Czechs say that Ukrainians are better than Syrians or Moroccans or other migrants. I have never had a problem with being from Ukraine. “

ICP: “What would you advise your compatriots? How should they integrate?”

Pavel: “Here I have a clear position. If a person lives in the Czech Republic, you have to know the language, history, laws, and culture. But if this country accepts you, that is different”. 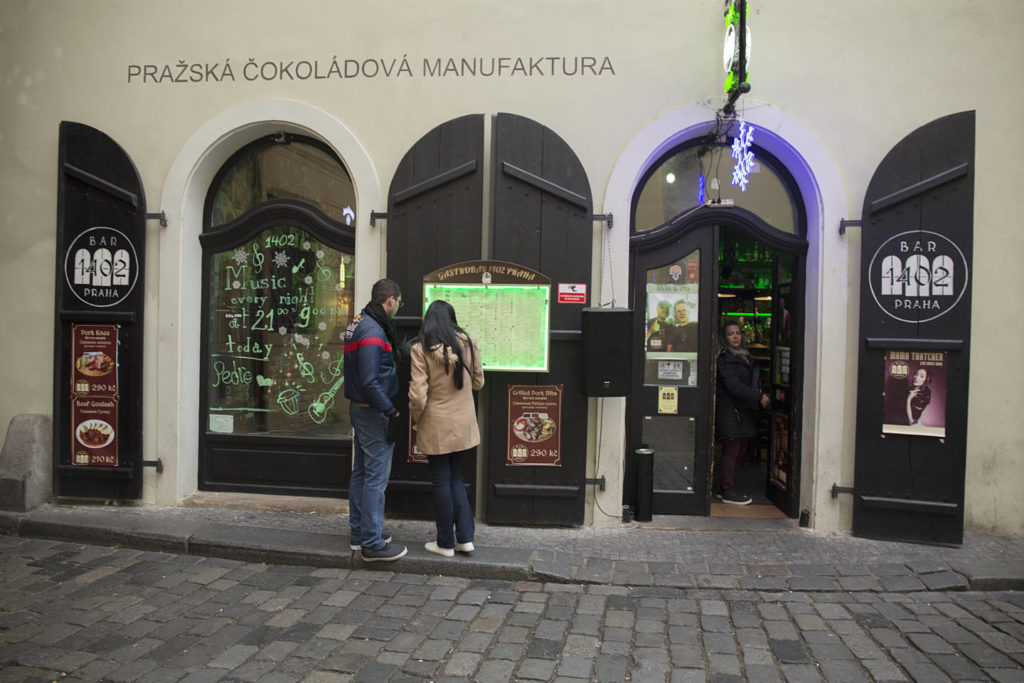 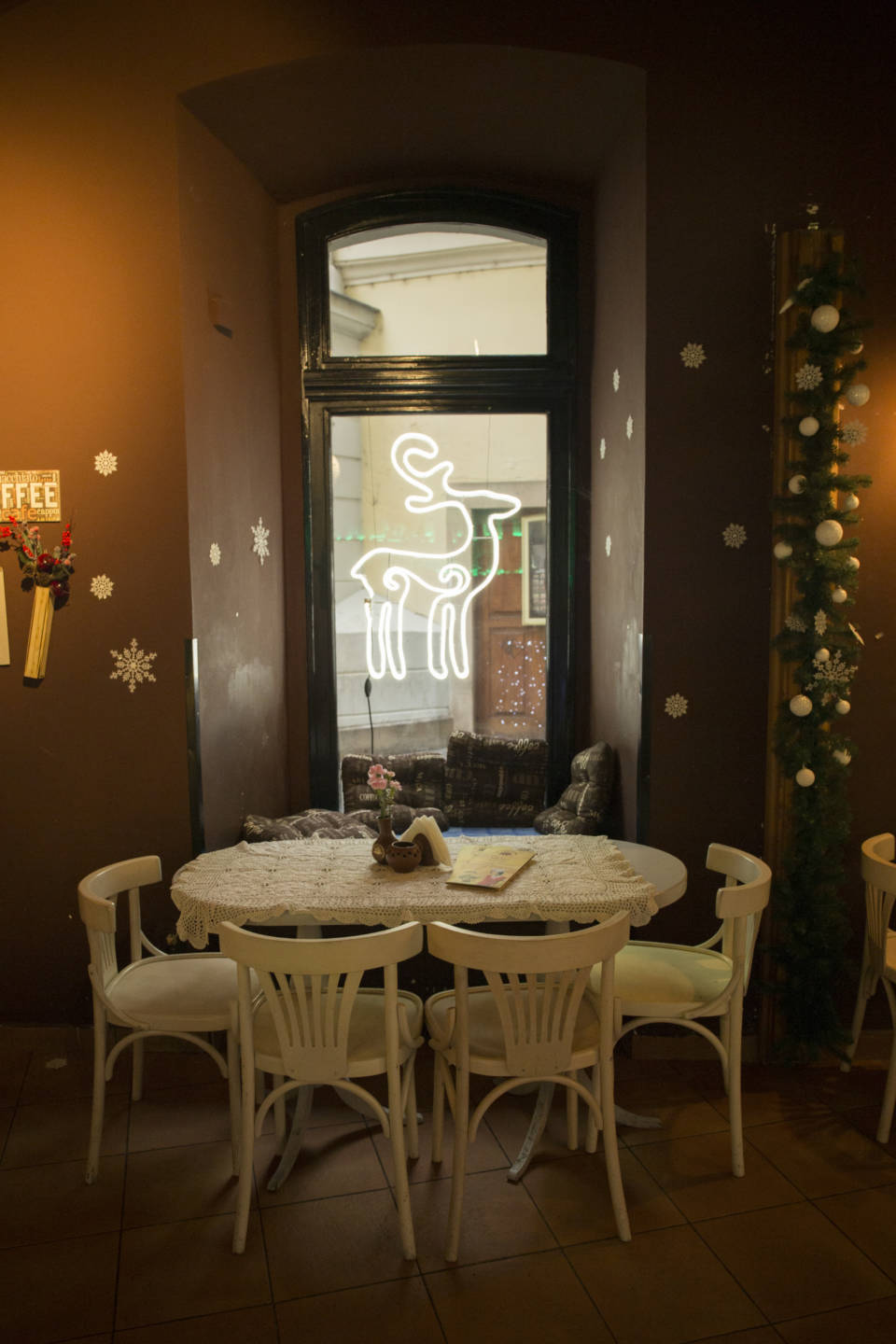 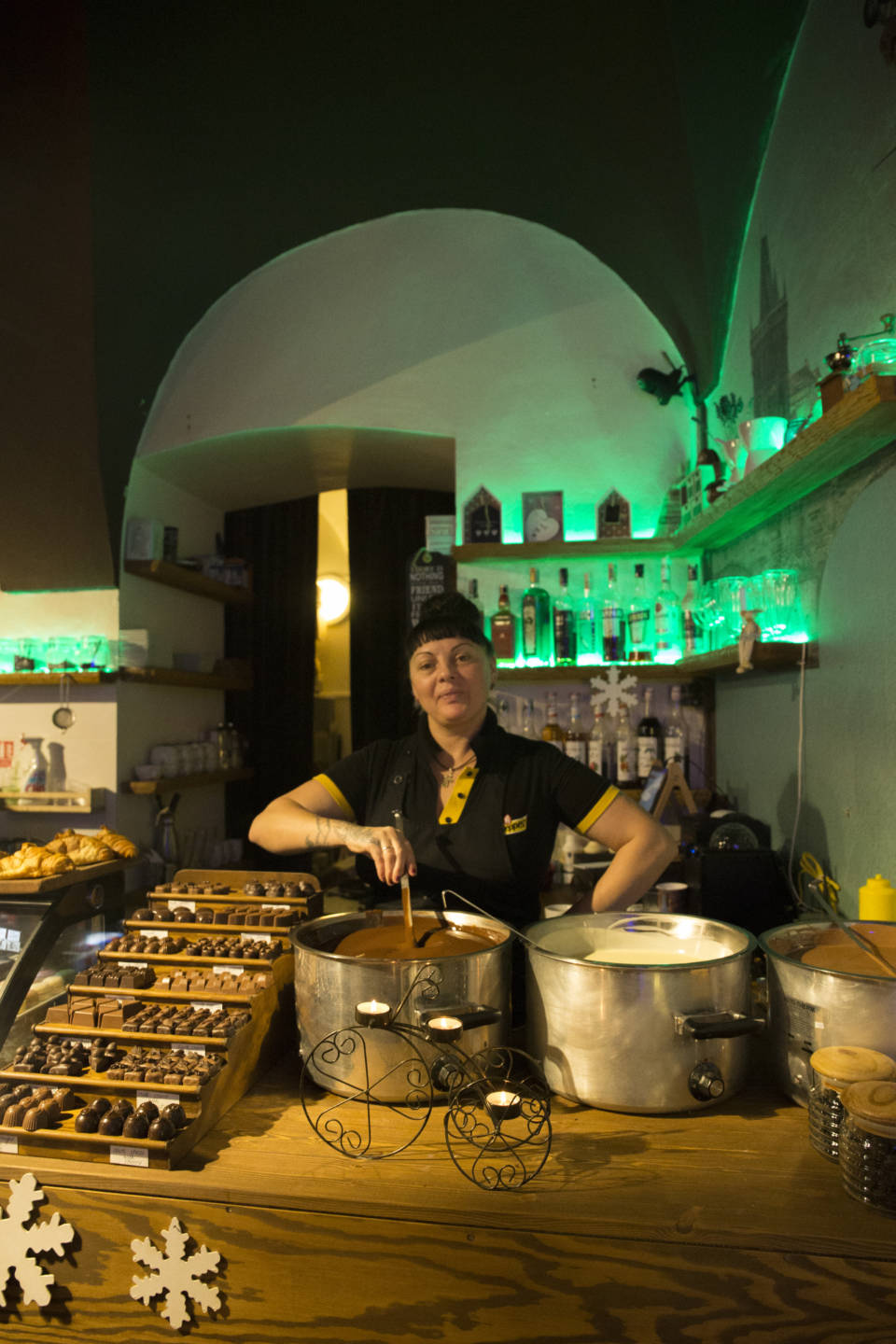