Inevitably I Drink will be the inaugural production of D’Prompt Theatre, which was founded this December by theatre artists Christopher Adamson and Levan Mania. Levan Mania, the theatre’s Creative Director, wrote the adaption and English translation and serves as director of the show. This will be the world premiere of the English adaption and translation.

According to Adamson, D’Prompt’s Artistic Director, the young theatre company rallied together to make their first production a reality. Adamson and Mania were inspired to create an English-language theatre troupe in Prague that focuses on producing both contemporary plays and classics with a diverse ensemble of actors, directors, and teachers from all around the world.

“We perform in English as an international language, but we also have our scripts translated into Czech for subtitles for every performance.” said Adamson. “We want to educate people through the use of theatre, give them some food for thought, and to engage the Czech population as we are living here in this country as mostly expats.”

“We have a really diverse cast of nationalities in our team: Georgian, Indian, Greek, Korean, Russian, Tatar, Swedish and even a Haitian American,” he added.

Since December, the troupe has built their own set, made their own costumes, and has been rehearsing out of rented space in an artistic space with a bar in order to prepare for their first production.

Inevitably I Drink, which is based on Venedikt Yerofeyev’s pseudo-autobiographical postmodernist Russian prose poem Moscow Circles, tells the story of destitute people and the reason behind their drinking problems, and the escapism they express through storytelling, history, philosophy, and politics.

“If I had to describe the play in one word, it would be “Compassion,” said Adamson. 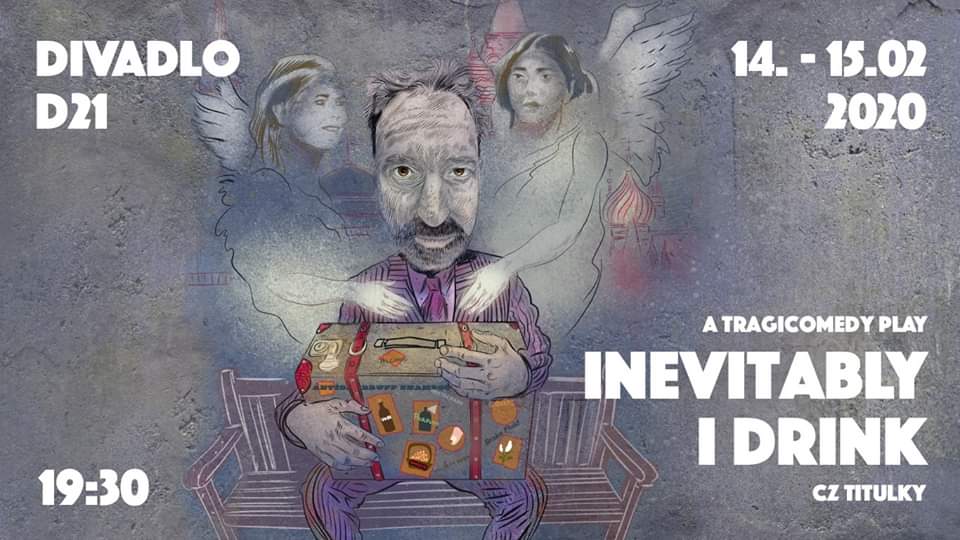 @PragueMorning
71 Following
3K Followers
‼ The Czech government wants to introduce a ban on movement between regions (with some exceptions, such as travel t… https://t.co/BlNJmJFkFK
2 hours ago
🇫🇷 France will provide 100,000 doses of the Pfizer/BioNTech vaccine to the Czech Republic by mid-March… https://t.co/w7b0AzXadZ
8 hours ago
Follow