The Prague Institute of Planning and Development (IPR) presented in cooperation with the architects, some new visualization of the upcoming Metro D, specifically the stations between Pankrác and Depo Písnice.

Line D will consist of nine stations and connect the city center with the southeast neighborhoods. It will start from the existing station of Náměstí Míru. This station will be an interconnection hub for passengers. The route will be also linked with Line B at Olbrachtova station.

The project will be carried out by Metrostav, the contractor that is specialized on the construction of metro lines and includes the erection of a train depot in the Písnice area. According to Petr Witowski, Line D will be served by the driverless trains.

According to City Hall, the first section of Metro D between Pankrác to Nové Dvory, should be put into operation by the end of 2027.

The Metro D line has faced numerous delays. Construction was originally supposed to start in 2010. There was a petition in 2016 to change the approved designs for the stations between Pankrác to Písnice because the designs are already outdated, and do not reflect current trends in mass transit.

The completion of the metro D construction will also mean a significant improvement in the environment. The amount of pollutants is expected to decrease by almost 60 tons per year. At the same time, the number of cars heading to the center will fall by more than 18 million a year. 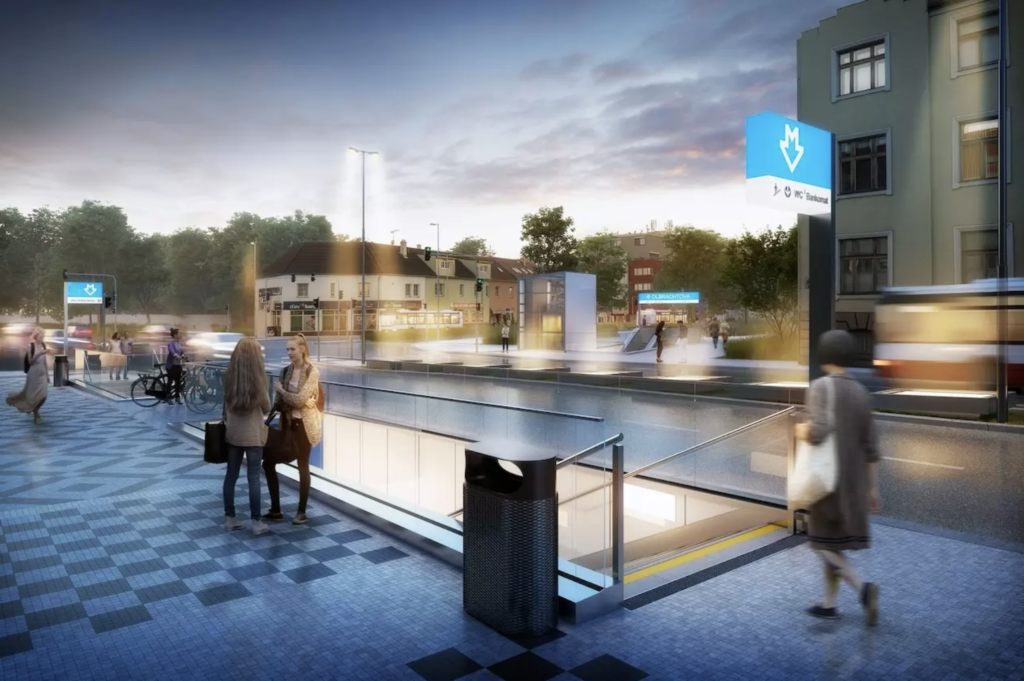 On Oct. 18, 1896, Prague held its first-ever film screening at the Hotel U černého koně. Optician and…

The First NFT Gallery Opens in the Heart of Prague

NFTs, or non-fungible tokens, have revolutionized the digital art world. The unique signature keys associated with NFTs have…

The Gallery of the Capital City of Prague has exhibitions for over two hundred photographers and their collections.…

The 9th Signal Festival of Light Starts in Prague

After last year’s break, Signal will light up and revive Prague’s spaces in a big way. A total…

Great news for Christmas lovers – the famous Prague Christmas Markets are set to make their return this year. The markets…

The oldest part of the Orloj, the mechanical clock and astronomical dial, dates back to 1410 when it…

Prague is Urging Residents to Return to ‘Normal Life’

Since the outbreak of COVID, cities have changed tremendously. During lockdowns, businesses remained closed and residents stayed home.…
Total
147
Share