The construction of the first building has begun in the northern part of Prague’s Masaryk railway station.

The mixed-use project, which is estimated to cost up to CZK 10 billion, will include the construction of new office, retail and residential space as well as a substantial amount of new public space.

The revitalization project of the Masaryk Station area is being prepared by Penta Real Estate in cooperation with České dráhy (the Czech Railways) and Správa železnic (SŽ, the Railway Infrastructure Administration).

Based on the architectural and urban planning competition, the project designed by Zaha Hadid Architects was chosen for the revitalization of the Masaryk Station.

“Other times, the construction would take a maximum of 18 months. This first phase will take over two years. The buildings have a complex load-bearing structure, and their cladding is also very complicated in shape,” said Petr Palička, Executive Director of Penta Real Estate.

The project will in total offer up to 100,000 sq. m. of the highest quality of office and retail space accompanied by some residential elements and a wide range of public amenities, green areas, and relaxation zones.

Zaha Hadid Architects is an international architectural and design studio based in London, founded in 1980 by Zaha Hadid, an architect of Iraqi origin. In 1990, architect Patrik Schumacher became the ZHA director.

Since the death of Zaha Hadid in April 2016, he has been managing the studio as the only partner.

The National Heritage Institute is seeking to annul a zoning decision allowing for the new complex, joining a petition launched by conservationists to reverse the decision, which they argue gives Czech-Slovak project developer Penta too much space to change the skyline.

The petition initiators say the zoning decision goes against city center development principles, adding that Penta got the zoning without always duly informing the public along the way. 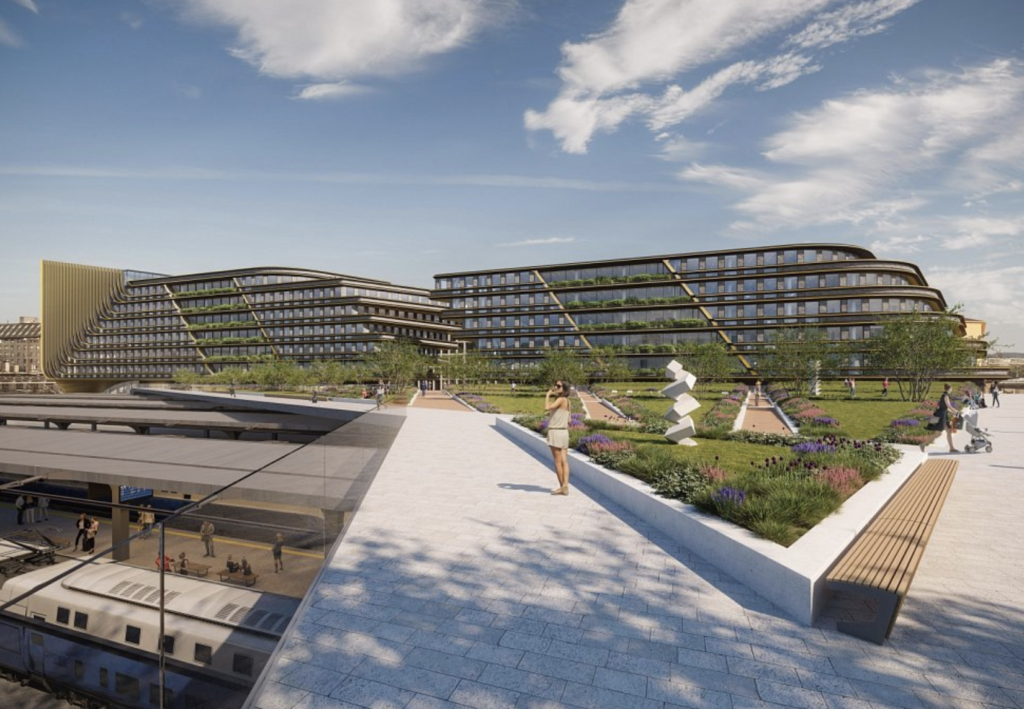 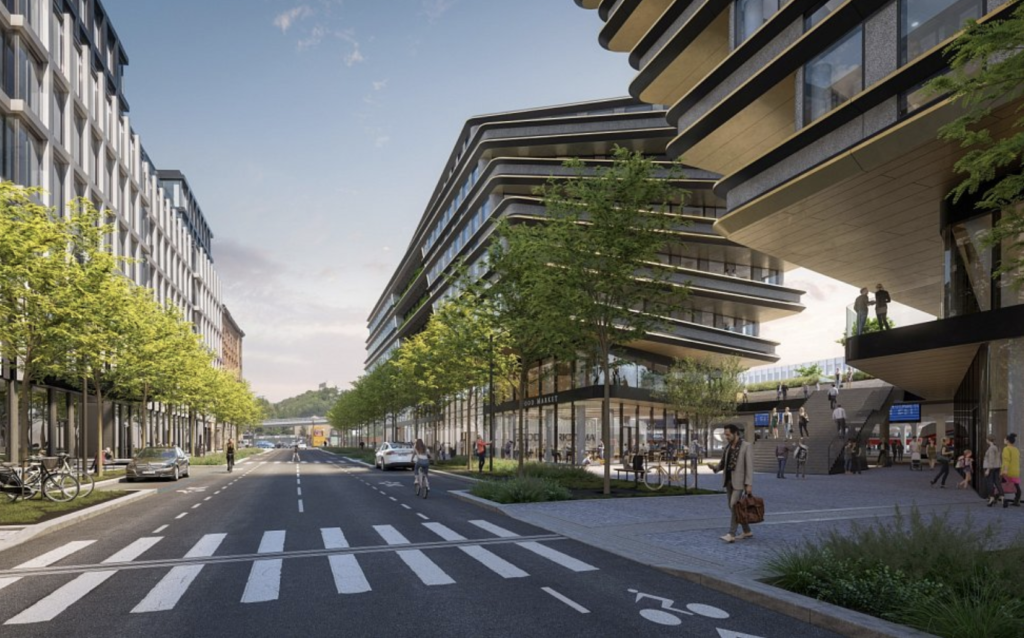 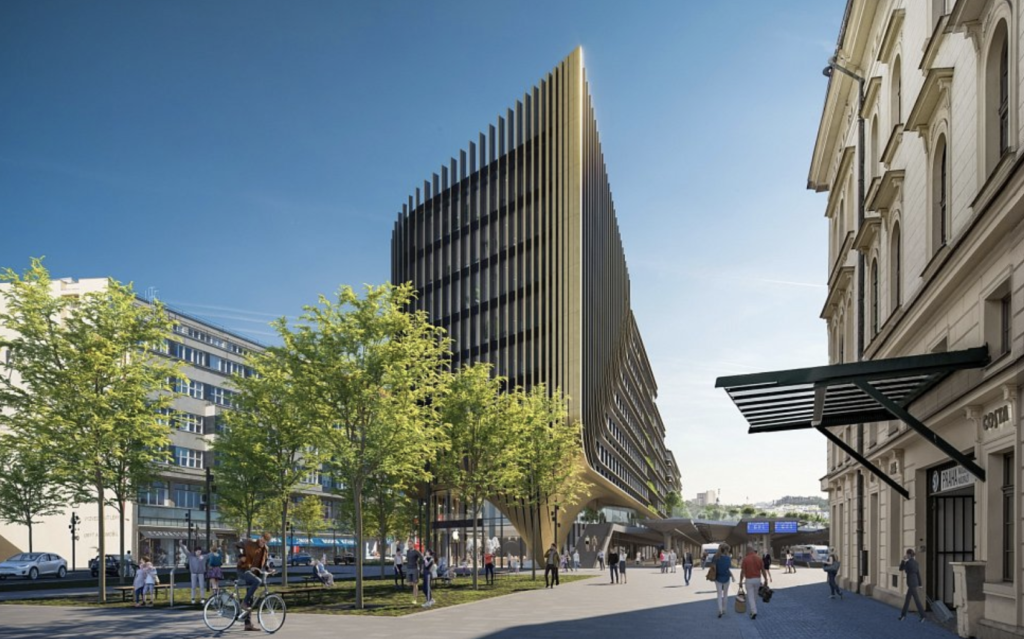