Light, sound, but mainly stories related to the anniversary of the Velvet Revolution. A stunning light show will take place along Národní třída on November 17th.

The screening, which is part of the event Korzo Národní: 30 Years of Freedom, will be presented by Memory of the nation: 1989 produced in cooperation with Post Bellum nad 3dsense. 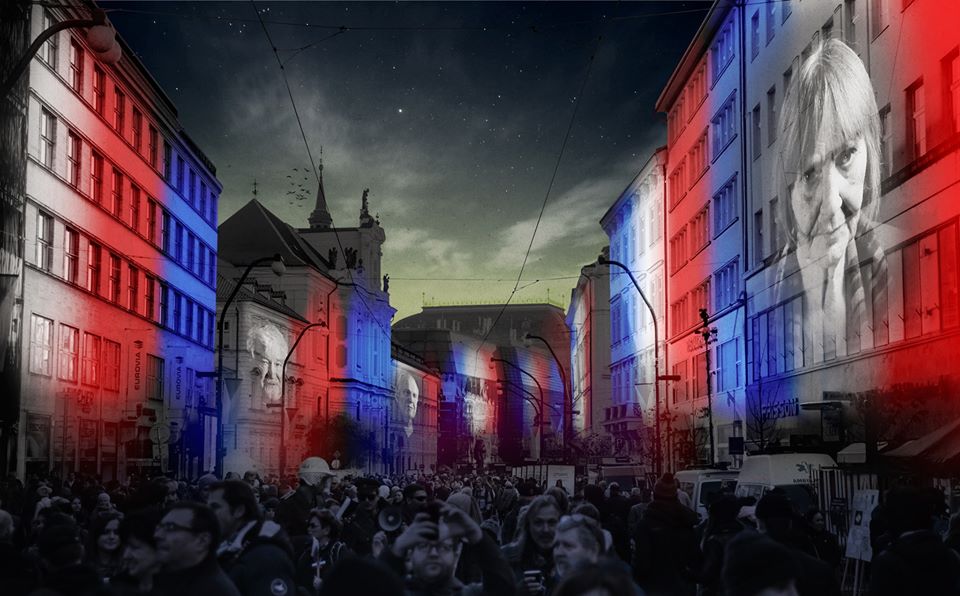 Korzo Národní is the biggest and longest continually organized celebration of the Struggle for Freedom and Democracy Day in Prague. Since 2014, it takes place on Národní street, where a massive student demonstration started the Velvet Revolution on the 17th of November 1989, which subsequently led to the fall of the communist regime.

The festival program consists of various artistic performances on the street, such as music concerts, theater performances for children and adults, photography exhibitions, educational events, authors‘ readings, representation of NGOs and much more. All events run from 10 am to 10 pm and are followed by an afterparty in the music club Rock Café. This year will perform David Koller, Aneta Langerová, Tata Bojs, Prago Union, Dagmar Pecková, Michael Kocáb, Dagmar Havlová, Václav Marhoul and more.

Let’s walk along the route of the student manifestation which triggered the events of the Velvet Revolution exactly 30 years ago! On 17th November we will reconstruct the student parade from Albertov to Národní St. Everybody can join us. Along the way, you will experience the atmosphere and learn what and where happened on that fateful day.

You can find the official program here

@PragueMorning
72 Following
3K Followers
🇭🇷 Croatia Airlines is introducing direct flights between #Prague and #Split, once a week, in this year's summer se… https://t.co/sTnUrXrIMy
12 hours ago
The #Czech Republic wants to reach an agreement with the neighboring countries to enable free traveling of at least… https://t.co/JZ2g6jDFvW
16 hours ago
Follow