After their successful macaroons, the Ollies confectionery has introduced another sweet speciality from France – éclairs. Éclairs are a traditional French dessert distinguished by its specific shape, fluffiness, delicious and delicate filling, but also complicated preparation.

They are made of fried dough with a traditional French crust and a combination of three flavours. In the Czech Republic, nobody has exclusively been specialized in the production of éclairs and the confectionery company expects to sell eight thousand pieces a month with their introduction to the market.

Éclairs are made from fried dough and filled with fine cream and fresh fillings of various tastes, they are also decorated and have a crust of craquelin. It is mixed with butter, sugar and flour. At first sight, Ollies éclairs offer an exceptional combination of all the tastes of this luxurious and complex dessert.

They have launched a mixture of three flavours. Éclairs with hazelnut paste and high-quality chocolate, mascarpone cream and caramelized nuts, with 100% pistachio paste and homemade raspberry puree, or fresh raspberries and Japanese Yuzu lemon puree.

“Éclair means a flash of light, and this is the closest thing to the taste of this dessert because it is something extraordinary and surprising,” explains confectioner and baker Tereza Gondková.

Delicate éclairs are created for immediate experience. “You can have it wrapped in a gift and pleasantly surprise someone. Just as they have been doing in France for centuries”, says Gondková, who, together with her brother Jakub, owns the family business.

After four branches and two production sites in Moravia, siblings opened another one in Prague’s Vinohrady. “After almost two months of reconstruction, we opened the Ollies Confectionery in Balbínova Street. The renovated space is illuminated by the yellow colour that characterizes our premises”, adds her brother Jakub, who takes care of its actual operation in the family business.

Ollies was founded in 1999 by their parents. At that time was a confectionery with one branch and a turnover of three million crowns was taken over by siblings ten years later. Under their leadership over the next ten years, the company achieved a turnover of almost eighty-six million crowns and currently provides work for five and eighty people.

The company purchases the vast majority of raw ingredients in the Czech Republic and imports some raw ingredients such as chocolate from abroad, specifically from Belgium or raspberries from Serbia.

In Ollies, for example, they use ten tons of 58% chocolate, 17 tons of raspberries, three tons of blueberries, six tons of butter and twelve tons of cream a year. 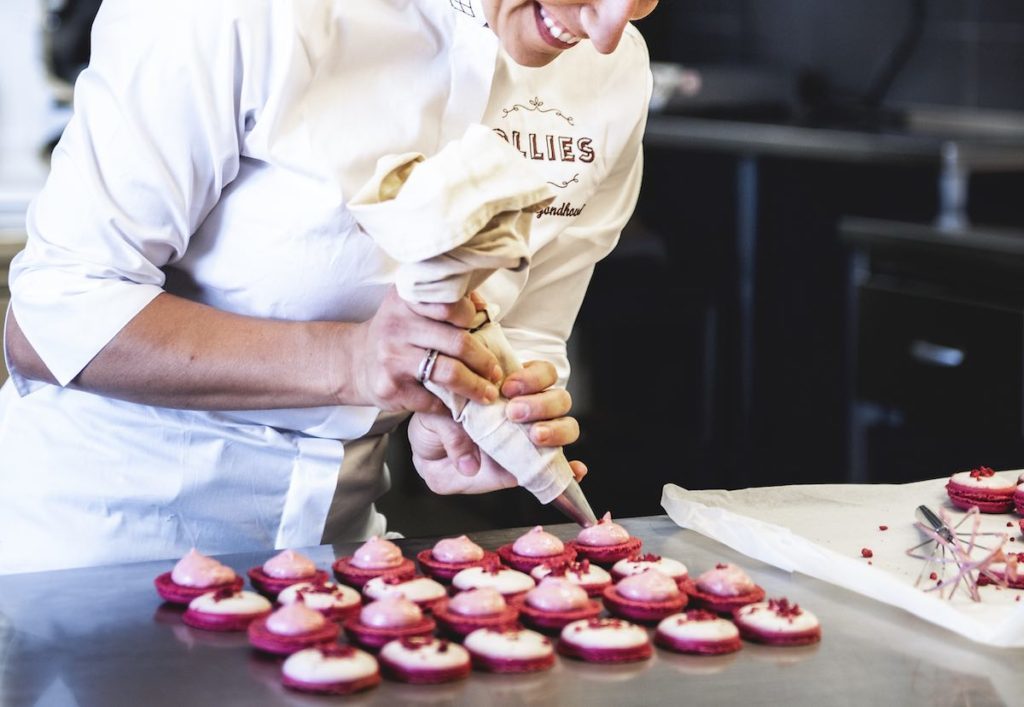 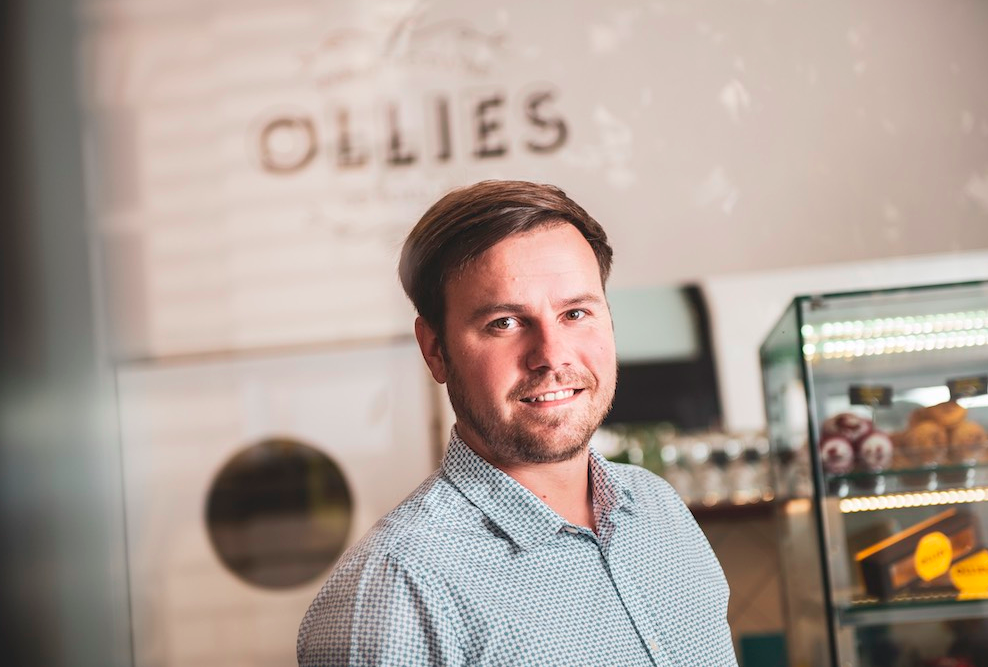 Customisable catering delivery right to your home, make each weekend special, and enjoy a meal with your family,…

A new service for fast delivery of purchases is currently being created on the Dame Jidlo platform. With…

Way back in 1995, American expats Glenn Spicker and Scott Kelly introduced Prague to the addictive delicacy that…

If you are looking for a quick delivery to your door, or if you’re running a company or…

Asian cuisine is becoming more and more popular in the heart of Europe. It is easy to see…

Mooi is an all-vegan restaurant in Brno offering kebabs, gyros, wraps, salads, and fries with vegan dips. Despite…

Kofein is a family operated establishment in the beautiful and peaceful residential area of Vinohrady. Jaro and Vera…

Has there ever been a better time to learn new skills and pick up new hobbies? Cooking allows…