The Iron Curtain was more than just a figure of speech: Communist regimes set up thousands of miles of heavily-guarded, electrified barbed wire fencing to completely isolate Eastern Europe from the West.

That still didn’t stop many from desperately attempting to flee the totalitarian East. Some succeeded, but many lost their lives.

Among the latter, in what was then Czechoslovakia, was a priest in the brutally-persecuted Catholic Church named Josef Skop.

Hoping to reach East Germany before the Berlin Wall sealed off its connection with the West, he decided to cross the River Elbe undetected by walking underwater in a home-made diving suit complete with rubber boots.

He used a rubber garden hose as a breathing tube – a fatal mistake as it proved too long and too narrow to ensure a sufficient air supply.

Nearly 300 people are known to have died, many killed by border guards with orders to shoot on sight, while attempting to escape from Czechoslovakia to the West.

Skop’s diving suit is on display in “Technology in Dictatorships,” a new exhibition at the National Technical Museum in Prague. The display marks the 30th anniversary of the 1989 anti-communist Velvet Revolution by looking back at the surreal repression the nation underwent and at how it resisted. 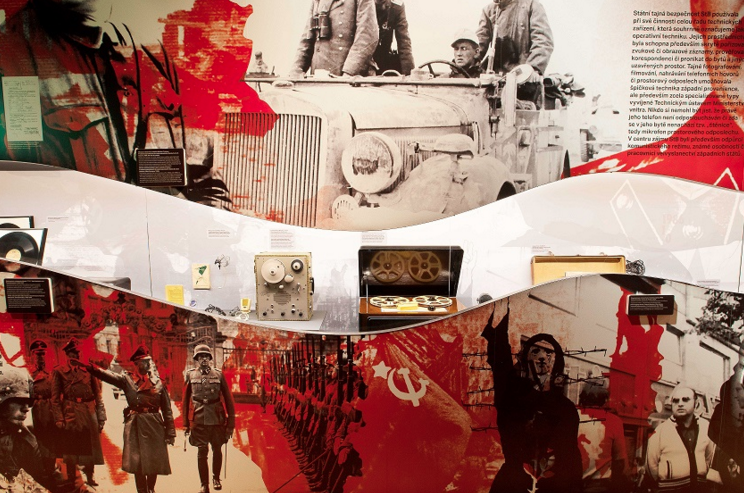 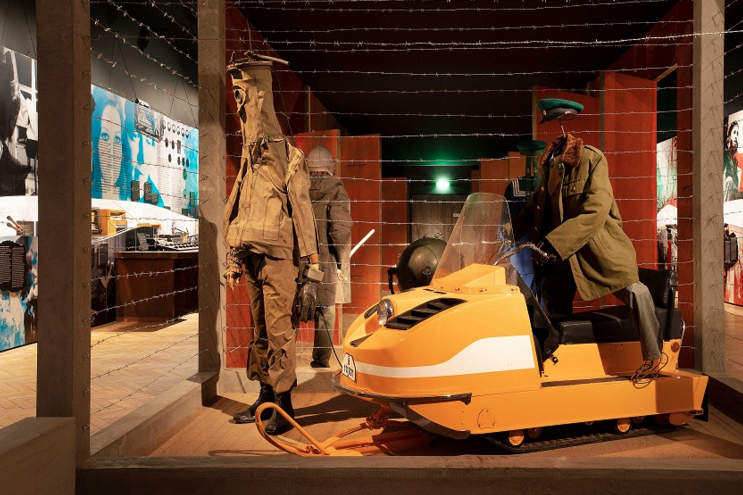 It focuses on the technology used by the totalitarian regime to control its citizens – and the innovative means they used to undermine the omnipresent control.

“Spying was massive,” said Jan Hostak, the exhibition’s curator. The secret police known as StB – with about 15,000 staffers and a network of up to 100,000 collaborators – could spy on and bug 600 people at the same time.

“The secret police agents were masters in bugging and eavesdropping on people, and no dissidents could be certain that their apartment was not targeted,” Hostak said.

But protests intensified in 1989 and the StB could no longer contain them.

The exhibition also includes mimeographs, copying machines that helped Havel and other dissidents spread their message, the Charter 77 human right manifesto among them.

“It’s important to remind people of what it really was like,” Hostak said.

Prague is Removing Advertising Benches From its Streets

Prague continues to reduce visual smog. This time, the city focused its attention on advertising benches at a…

Prague’s Liechtenstein Palace Opens to the Public This Weekend

On 7-8 August, you can take part in guided tours and marvel at the palace’s interiors This weekend,…

Want to take your Instagram feed to new heights? Then take a seat at any one of these…

SMS Tickets for Public Transport are More Expensive Than Paper Ones. We Know Why

The new Prague Integrated Transport (PID) tariff, which was approved by councilors in the spring, has a different…

The Day the Music Died: Inside COVID’s Devastating Effect on Live Music. Part I: Club Culture

Airbnb is Experiencing a Worse Season in Prague Than Last Year. Management Companies are Leaving the Market

The second covid summer hit the short-term housing market even stronger than last year. The latest statistics on…

Prague is home to a vibrant food scene with restaurants that serve cuisine from all over the globe.…

Honey from Mall?! Fashion Arena Installed Beehives in its Premises

In June, Fashion Arena Prague Outlet, known as the most visited outlet centre in the Czech Republic, installed…

Who doesn’t like an amazing gastronomic experience in the open air? A number of food and drink festivals…

The defenestrations of Prague were two incidents in which multiple people were defenestrated (that is, thrown out of a window). The…
Total
18
Share