Czech police started an investigation over several Czech shops that sell titles such as The Poisonous Mushroom, which openly promote anti-Jewish topics.

Czech TV journalist Jakub Szántó drew attention to the problem via Twitter, saying that “some shops are unable to distinguish between selling and breaking the law”. Szántó also called on the police to investigate the matter.

“This illustrated children’s book, originally intended for young as well as older children, is a classic anti-Semitic work of German National Socialist education,” says the description The Poisonous Mushroom.

The book was written in 1938 by German journalist Ernst Hiemer. In the story, a mother explains that just as there are poisonous and edible mushrooms, there are bad and good people. For example, she advises that one can identify a Jew by a “nasty, sweetish smell”.

Another book, The Piece Work of Adolf Hitler, written by Rolf Kapp in 1942, describes “the significant cultural, architectural, transport, leisure, industrial, and scientific works of one nation, built during a brief period of peace in the National Socialist regime.”

One of the Czech e-shops, which sells the books published by Guidemedia, is called Our Direction. On its website, it offers several publications related to World War II and Nazism.

But it also sells bookmarks with Nazi symbols that have the Gott mit uns (God with us) slogan, which was embossed on the belts of Wehrmacht soldiers.

Guidemedia publishing house’s managers are directly connected to the Our Direction online bookstore and have stated that the public is very interested in anti-Semitic literature. If the police accused them, they say they are ready to defend themselves.

Except for the Our Direction bookstore, other e-shops stopped offering the anti-Semitic books.

The Czech Federation of Jewish Communities decided to file a legal complaint in response to the literature. 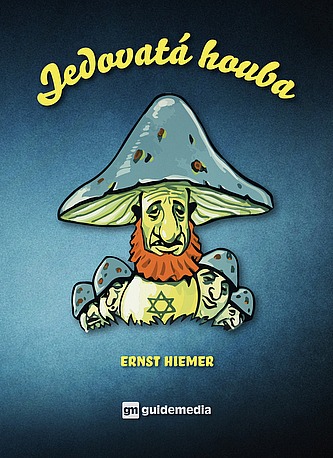