Still Stuck at Home in Confinement? Watch this Prophetic Czech Film Based on Karel Čapek’s Play

It is commonly known that the word “robot”, introduced in the 1920’s play R.U.R., was the brainchild of Czech playwright and novelist Karel Čapek. However, in 1937, Čapek wrote another prophetic play, in which he described our current state of the world — a pandemic.

Starring and directed by Hugo Haas, the film “Bílá nemoc” (“The White Disease”) shockingly resonates with the current era of COVID-19. Today, as scientists from around the world are involved in the fight against coronavirus, this film could be a source of hope for all of us. Beautifully shot in striking black and white, and with English subtitles, the film reflects our current anxieties, carrying a very real warning for our times.

The film is about a nationalist leader, Marshal, who plans to attack a small country when a strange and highly contagious illness begins spreading through his nation. Originating from China, the infection turns people’s skin into white marble and kills the infected within three weeks. The disease only affects those older than 45 years, and it is so contagious that people are discouraged from shaking hands. This is hitting a little too close to home, isn’t it? 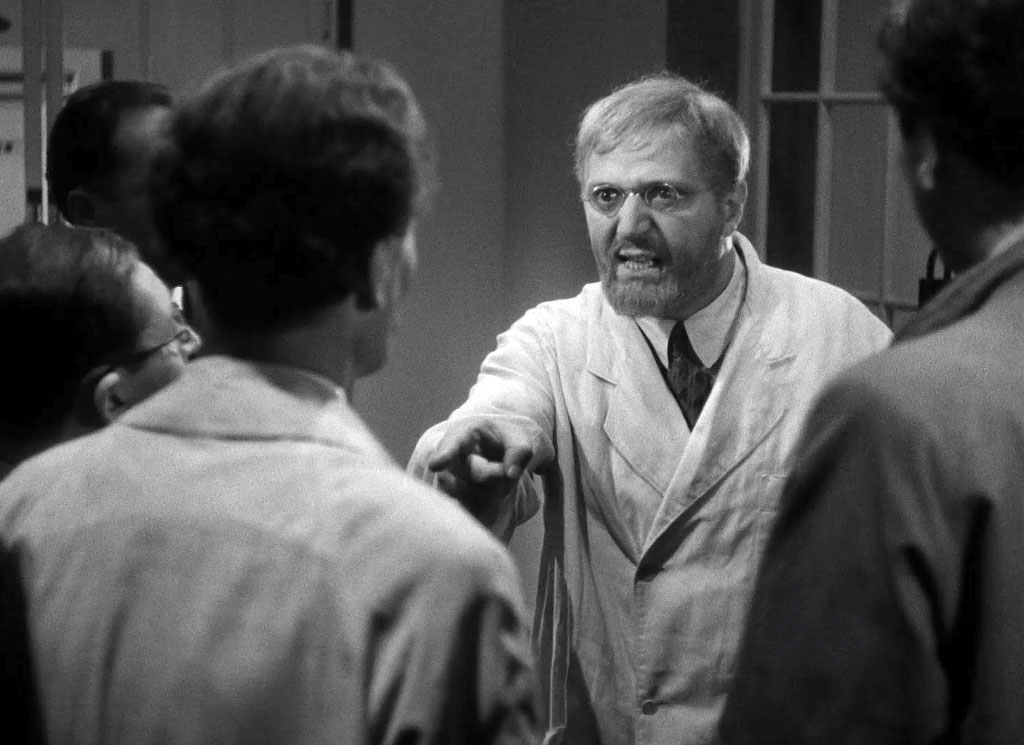 This film is prophetic even in the smallest details: a father of a middle-class family reads in the newspaper that it is impossible to protect oneself against the disease, which will eventually afflict all people in their fifties.

“Is a man expected to die at fifty?” the father asks outrageously. “Strange justice it would be if only the middle-aged were affected, and what for?”

“It is high time something comes to make room for young people, don’t you think” his daughter replies.

“That’s what everybody says,” his son adds. “If it weren’t for leprosy, I don’t know what would become of us.”

The same attitude is seen today by millennials and Gen Z, who think that the coronavirus is a joke, referring to it as “a boomer remover.” Trending social media memes play on the virus’s enhanced risk to older people. Consciously or subconsciously aware of the perception that the youth is less likely to get ill and die from COVID-19 than oldies, one can see how many youngsters violate social distancing by having picnics during the lockdown or by crowding bars and beaches.

In the film, the Marshal’s rationale closely resembles Adolf Hitler’s reasoning for invading Czechoslovakia, but with the pandemic standing in the way of his plan. The best hospitals in the country are choked with dying and decaying patients. Everyone is feverishly searching for a remedy but to no avail. The fate of humanity depends on one person, Doctor Galen.

Dr. Galen, played by Hugo Haas, discovers a cure, but he will reveal his miracle compound only on one condition: call off the war that the Marshal is preparing. Until that happens, Galen will only treat the impoverished. Following his pacifistic ideals, he refuses to treat any of the wealthy and military bigwigs for not refraining from the war. The protagonist and antagonist are different and similar at the same time, as both intend to save their nation with war and peace.

The Czech National Film Archive is currently streaming a number of digitally-restored Czech films with English-friendly subtitles on YouTube, and “Bílá nemoc” is one of them. Does good prevail over evil? Is the world doomed due to this deadly disease? Watch this film to find out.

@PragueMorning
72 Following
4K Followers
⛪️ On May 28, thousands of people will descend on more than 1,000 churches and chapels throughout the Czech Republi… https://t.co/eaIsUWe3GH
9 hours ago
ℹ️ If elections were to be held now, a coalition between the Pirates and the party of The Mayors and Independents (… https://t.co/spnidF9HwV
9 hours ago
Follow

On May 28, thousands of people will descend on more than 1,000 churches and chapels throughout the Czech…

Karlovy Vary film festival plans to roll out the red carpet again in 2021, with organizers setting a…

Article by Language Atelier, a language school in Prague. The Foreign Service Institute, or FSI, is an American…
Total
104
Share
104
0
0
0
0
0