Pierpaolo Riccio loves the doors of Prague. So much so, that he set up an Instagram account to start sharing their exquisite designs and rich history with the world. Two years after its launch, Riccio has released Best Prague Door’s 2021 calendar; a selection of 12 unique doors which have survived from the Romanesque to Modernist era.

The door that inspired Riccio to start his small business is nestled in Nusle, Prague 4. It borders the entrance to a palace built-in 1904-1904, a few years after Nusle become an independent town.

Building similar to this one, mostly made in a Neo-Renaissance style, were demolished at the end of the nineteenth century to give way to the construction of apartments, but this one survived. Its design is a grand as the history; two giant statues guard the entrances with Ukeles in hand.

“These are typical of Neo-classicism because the classical style represents two musicians,” Riccio explains. The shapes covering their outfits are reminiscent of alchemy, masonry and secret societies. Many citizens of Nusle belonged to secrets society and that fact is visible in the building facades.”

To celebrate the inspiration it gave, this door now adorns the month of June, Riccio’s birth month, in the calendar. 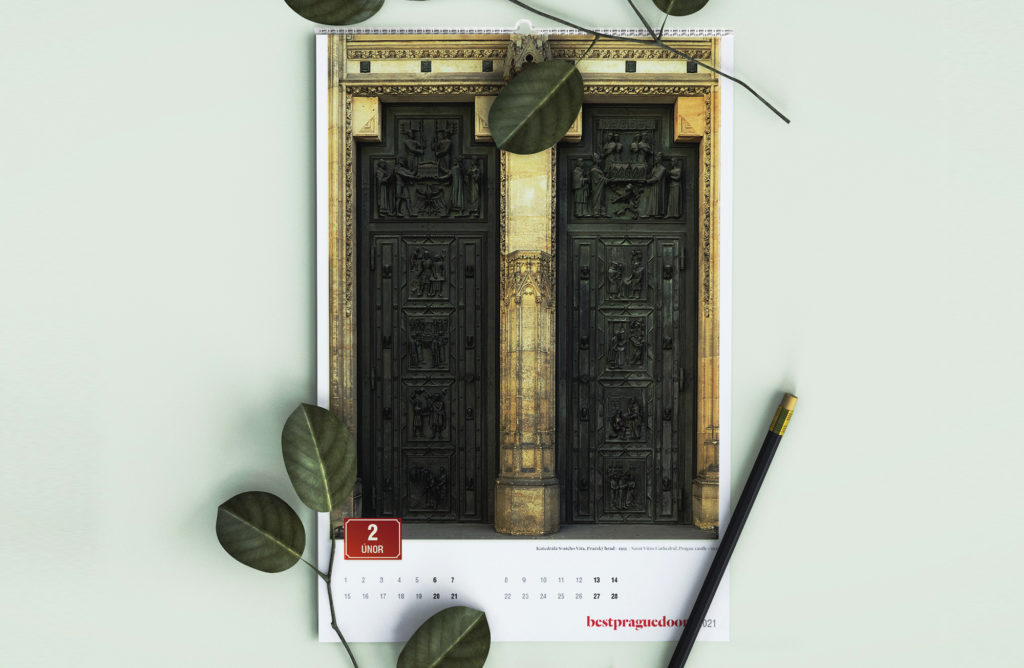 Through his seven years working as a tour guide in Prague, Riccio fell in love with the city as he learnt the intricacies of its history. With his background in classical, medieval history and architecture, Italian-born Riccio knew he had to share his appreciation with the world: “I have lived in different cities across Europe and I believe Prague has the most beautiful doors,” he told Prague Morning. “I thought Prague deserved something better than I was seeing on Instagram! So I opened this page called Bestpraguedoors.”

One of the first doors that Riccio posted was a north door of The Basilica of St Peter neo-Gothic church, built around 1902. Since then, he has snapped over 1,000 doors in the city and gained over 3,700 followers. The page has reached people even beyond Prague, and people have begun tagging their photos with #bestpraguedoors to be featured on the page. (“Many of them are really nice photos!”) 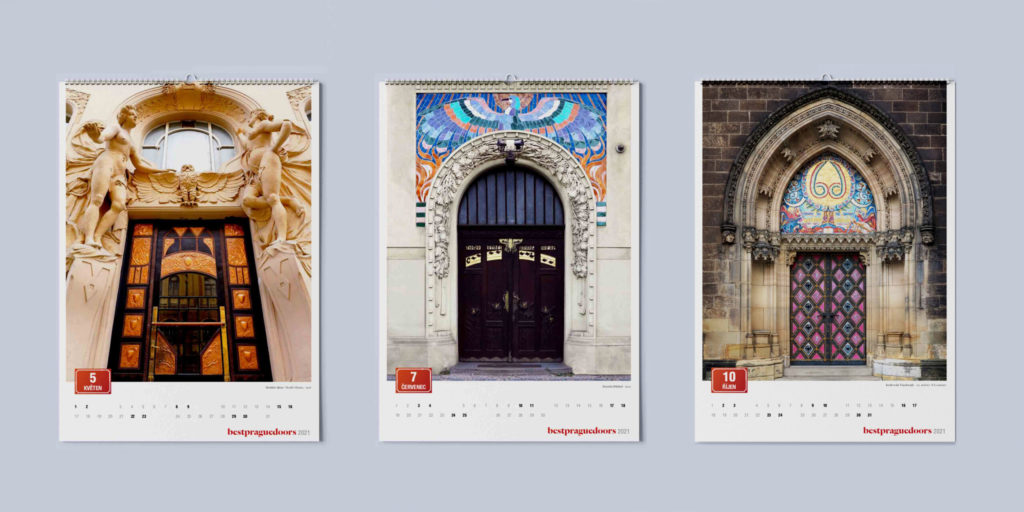 Alongside stunning pictures capturing the richness of architectural design in Prague, Riccio shares a slice of the technical and historical knowledge, too. For example, for July 2021 Riccio chose the beautiful door to an Art Nouveau house on the Vltava embankment, which was touched by the greats František Schlaffer and Josef Fanta in the early 1900’s. “I invested time in uncovering the history behind less famous buildings too,” he explains.

Last year, Riccio was too busy with his job as a tour guide to fully realize his ambitions for Best Prague Doors. But with the pandemic causing tourism to shudder to a stop, he has finally had time to release his calendar.

But this is only the beginning for the fan of Czech modernism. Twelve shoots are not enough to express the beauty of Prague doors. “I would love to publish a book,” he admits. It would be a visual and textural exploration of the evolution of all urbanist development in Prague.

You can buy the Best Prague Doors calendar here.