Summer cinema sessions will start on July 7 right on the rooftop of the Prague Exhibition Palace (Veletržní palác).

That is a really unusual and inspiring place to watch well-known Czech and foreign films on the original motion picture film of the 16 and 35 mm format and enjoy the view.

The cinema will be opened until October; the movies are scheduled every Tuesday and Wednesday (beginning at 21:30).

The cinema hall has been there since the Palace was opened. It was located in the basement of the building and called Kino Favorit, and then renamed to Kino Veletrhy. The cinema was, unfortunately, destroyed by fire in August 1974.

With hundreds of millions of crowns worth of damage, it was too costly to rebuild the palace. While there was discussion and heated debate on its future, it stood empty for two decades – there was even talk of tearing it down until it came into the hands of the National Gallery, which was looking for space to exhibit its modern art collection.

The cinema on the roof opened for the first time in 2016.

You can reserve the tickets online here or buy them if any is left right there, on the spot. The adult ticket is 120 kč, students, and pensioners – 100 kč. 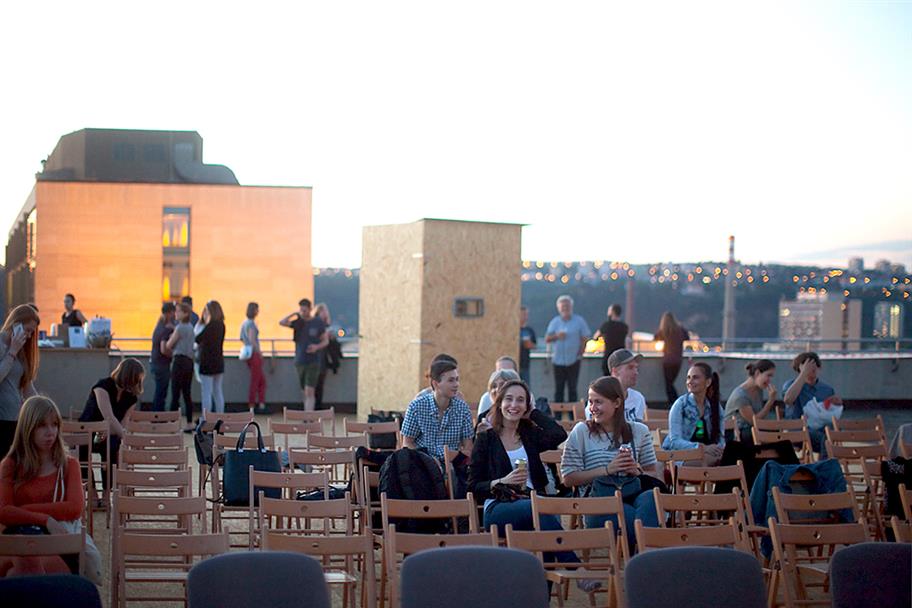 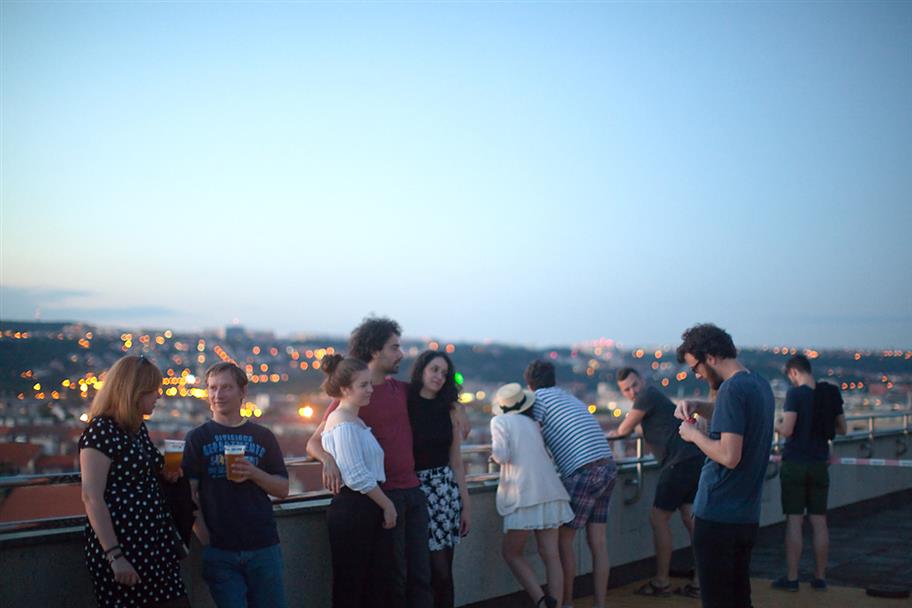 On Oct. 18, 1896, Prague held its first-ever film screening at the Hotel U černého koně. Optician and…

The First NFT Gallery Opens in the Heart of Prague

NFTs, or non-fungible tokens, have revolutionized the digital art world. The unique signature keys associated with NFTs have…

The Gallery of the Capital City of Prague has exhibitions for over two hundred photographers and their collections.…

Havel’s corner, unveiled in Brussels on Tuesday, should be reminiscent of the legacy of the former Czech president…

The 9th Signal Festival of Light Starts in Prague

After last year’s break, Signal will light up and revive Prague’s spaces in a big way. A total…

The History of Panelák Housing in the Czech Republic

Prague was recently voted the most beautiful city in the world. With its castles, gorgeous architecture and cobblestone…

Back in 2008, a circle of giant stones was built in an idyllic landscape in the South Bohemian…

Soup’s On! Polívkování Soup Festival Returns to Prague on October 23