The Colloredo-Mansfeld Palace, located on Karlova Street and close to Charles Bridge, stages exhibitions in a beautiful example of Prague Baroque palace architecture.

If you’re a fan of architecture and history, you can go on a tour and find out about the building’s distinguishing features, as well as results of analyses of the Palace’s structural development.

Colloredo-Mansfeld palace is part of the Prague City Gallery since 2010. It took three years into the grand opening to the public in 2013 when people can finally get inside and explore this decaying hidden gem.

You can also learn about restoration surveys and ownership history, social and cultural life at the Colloredo-Mansfeld Palace in days gone by, and current plans.

In the 18th century, this palace was reconstructed into a Baroque style completed by Prince Heinrich Paul von Mansfeld-Fondi. He was from the noble family, House of Mansfeld.

Colloredo-Mansfeld has seen many owners in its lifetime such as Count Joachim Andreas von Schlick who was executed for participating in the Prague Estatesʼ rebellion.

During the period after the Second World War, the palace was used by the Czechoslovak Academy of Sciences.

If the temporary exhibition doesn’t light your fire, you can always just wander the baroque corridors and visit the amazing period ballroom, which appeared in Miloš Forman’s 1984 film Amadeus.

Our secret tip is the view from the third floor on the surrounding of the Charles Bridge. The Palace is located next to the Church of St. Salvator, and the third floor is facing the balcony of the church.

From this perspective, you can see a resting place of priests and the larger-than-life statues. When you visit it during the period of sunset, you have extra points to enjoy this view.

The Colloredo-Mansfeld Palace is a perfect example of Prague’s well-preserved art and cosmopolitan history with ceiling frescos that date back to the 1760s. This hidden gem holds so much history along with so much beauty. 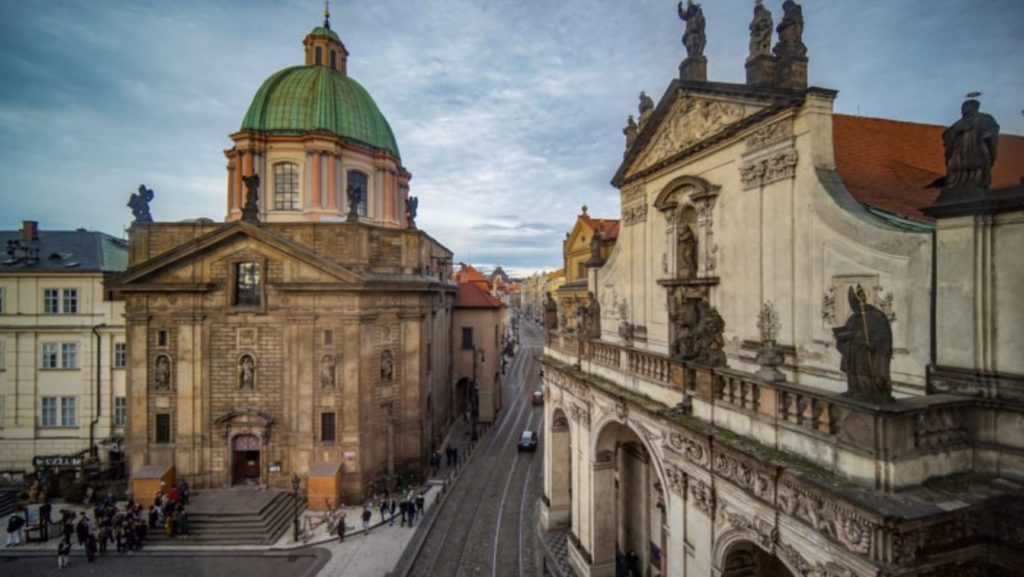 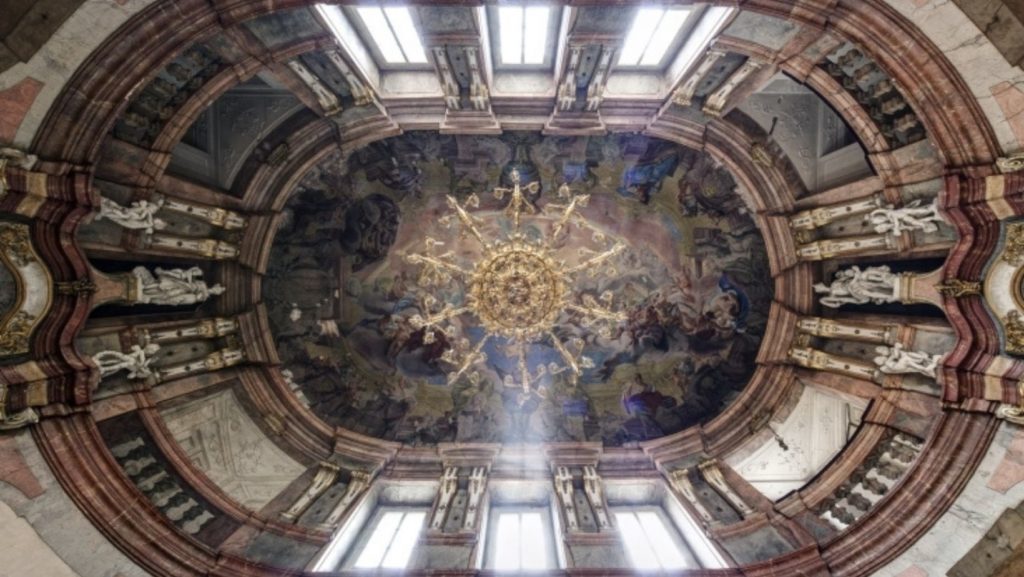 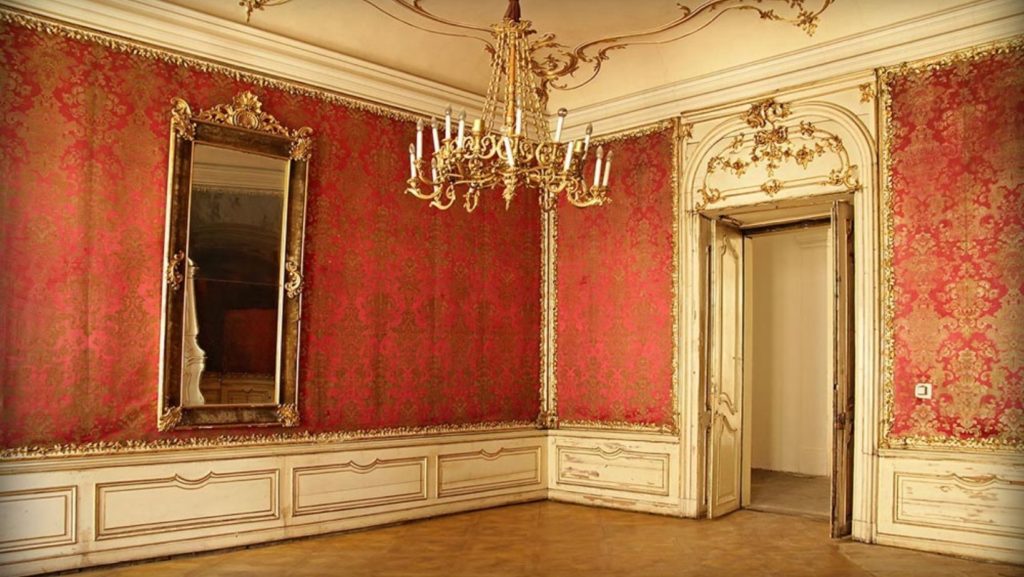