Two people have been killed and up to 50 injured after two trains smashed into each other in the Czech Republic.

Police said the crash occurred shortly after 8 am outside the village of Milavce in the rural southwest around 15 km from the German border.

According to local media, the trains that collided were the EX 351 train and the OS 7406 train between the Domazlice and Blizejov stations. According to the Czech Railways website, the EX 351 is an express service from Munich to Prague.

The local CTK news agency said up to 50 passengers could have been injured, citing firefighters.

TV footage on Czech Television showed the driver’s damaged cabin of the fast train’s locomotive, as well as the front part of the local train.

Both trains remained upright on or close to the tracks.

Czech transport minister Karel Havlicek said human error likely caused the crash. He said the driver of the high-speed train had failed to stop at a designated location.

‘The situation is serious,’ said Havlicek, who was heading to the site.

Seven people were in critical condition and rescue teams, including ambulances from neighbouring Germany, have been rushing people to hospitals in nearby cities.

Dozens of ambulances and police cars were parked up in the grassy fields beside the tracks and rescue helicopters were seen buzzing overhead.

Commander Jaroslav Hrdlicka of the regional fire department said rescue workers were still looking for one missing person in the wreckage. 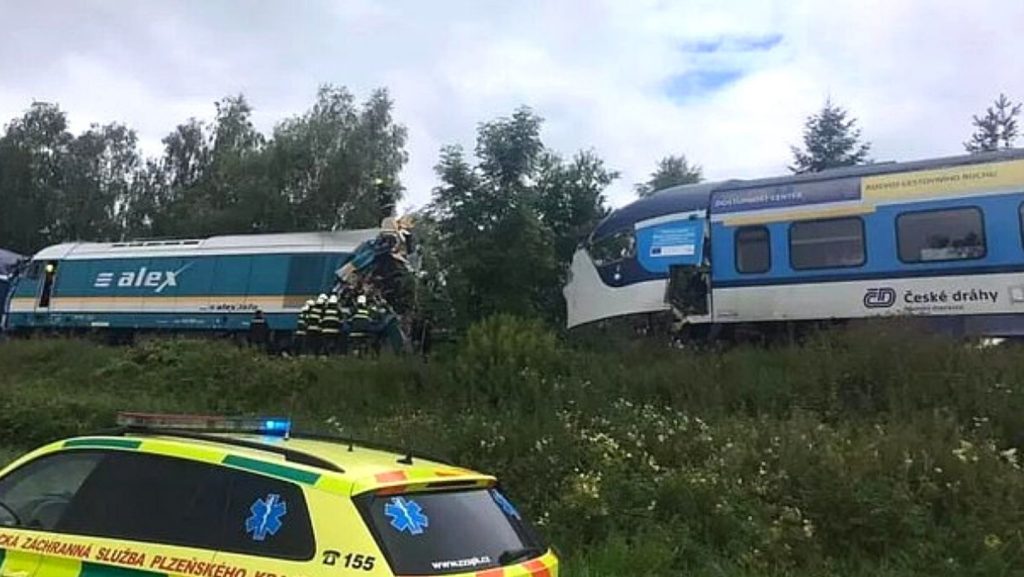 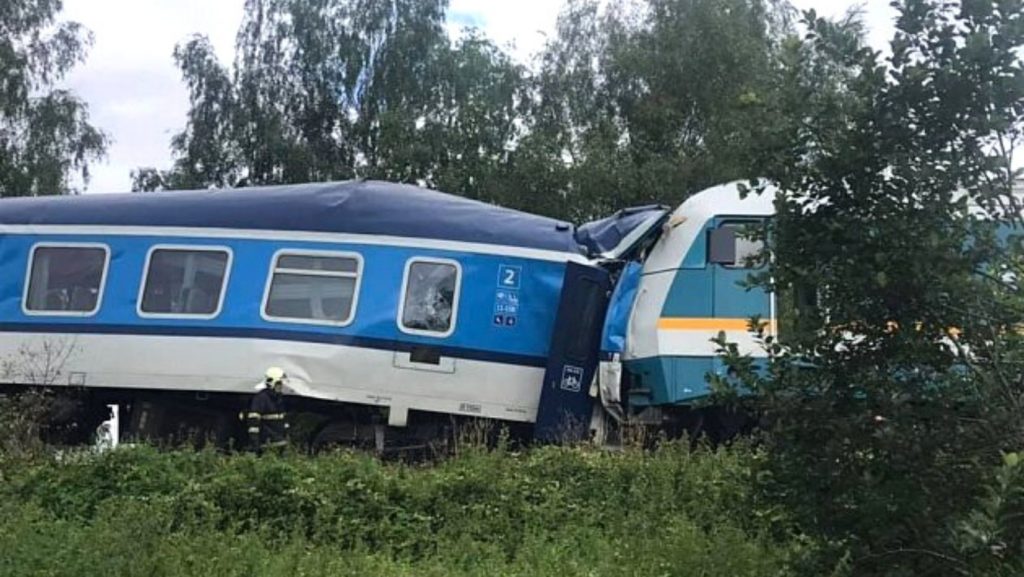