An area of the Jizera Mountains in North Bohemia known as Jizerskohorské bučiny (Jizera Mts Beechwod) has been placed on the UNESCO World Heritage List.

It is the first domestic nature site on this list. A few days ago, three Czech spa towns were also included on the list.

The protected national park covers an area of approximately 27 square kilometers on the northern slope of the Jizera Mountains from Oldřichov v Hájích to Lázně Libverda. The area is remarkable for mixed and beech forests on steep slopes with unique geomorphology.

The Jizera Mountains “competed” for the place on the list with forests in other countries. Compared to other areas, however, the Jizera Mountains forests are a rarity because, historically, the territory has not been interrupted by human activity as much as other forests.

According to the director of the Liberec Regional Office of Nature and Landscape Protection Agency (AOPK), Jiří Hušek, registration on the UNESCO list should not change the current state of the forest. “There will be no increase in terms of protection, or new restrictions,” Hušek said before the approval.

Even after being put on the UNESCO list, Hušek does not expect the network of hiking trails to expand. “The attractions we see there, whether it is viewpoints, waterfalls, or streams, are already accessible. And there is no reason for other parts to open for tourism,” he added.

The onslaught of tourists is not expected

After experience from other natural sites included in the UNESCO list, the director of AOPK, František Pelc, does not anticipate that the interest of tourists in this place will increase significantly. “The increase in attendance due to the UNESCO phenomenon is usually in the order of percentages – five, ten, twenty. That’s nothing dramatic,” he said.

Tourism might not significantly increase due to the territory’s wilderness. “It is also much more difficult in terms of terrain, it is more strenuous,” Pelc added. 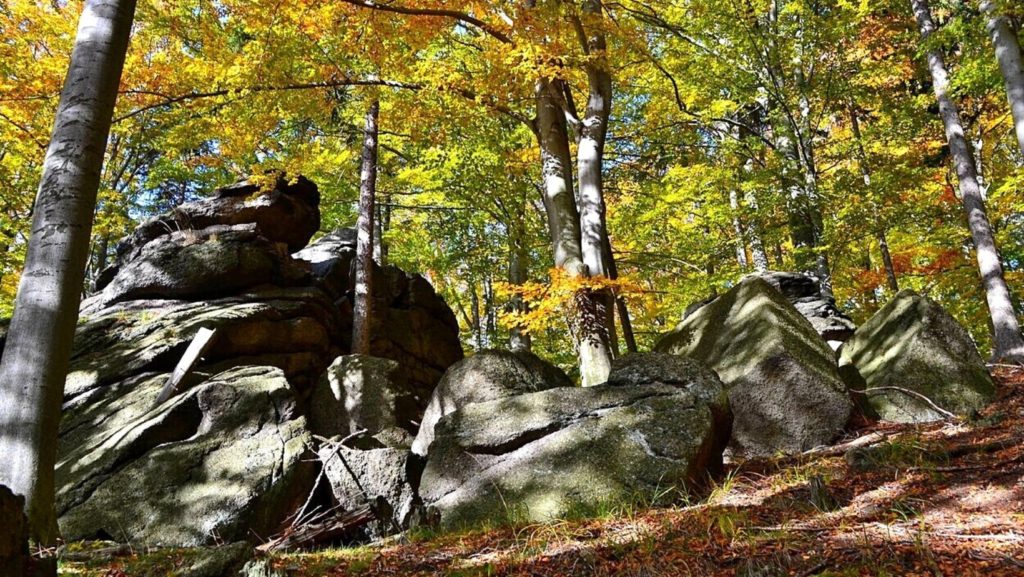 Unlike other beech forests in Poland, France, Italy or Serbia, which also applied for registration, the Jizerskohorské bučiny (Jizera Mts Beechwod) were not as affected by human activity as other candidates.

The forests are unique in their current state and dimensions. Huge boulders and hard-to-reach terrain have clearly made mining impossible, so beeches can boast natural evolution without human intervention.

Some of the oldest beech trees in the Jizera Mountains live up to be 350 years old, while the average tree age is around 100 years old.

Since 1999, the Jizera Mountains beech forests have been a national nature reserve, which begins in the west with Oldřichov Špičák, continues through Hemmrich nad Viničnou cesta to the slopes of Poledník and the gorges of Bílý and Černý Štolpich.