Dear friends of electronic music. The word legend is used far too often these days, but when we say we are ready to announce another legend, it is far from an exaggeration! This time it will be something very special, none other than, English record producer and trance DJ, Paul Oakenfold!

He is a three-time Grammy Award and two-time World Music Awards nominee. He was voted the No. 1 DJ in the World twice in 1998 and 1999 by DJ Magazine. This great star will come to Prague to play 7th March 2020 at the DupleX, The Rooftop Venue on Wenceslas Square as part of our concept night DupleX Presents, which continues to bring the biggest stars of the world’s electronic music!

When it comes to a career of the magnitude of Paul Oakenfold, it’s hard to describe one of the true legends of electronic music in just a few words. For over three decades he has elevated and shaped an entire genre and remains one of the leading forces in the global music scene today. 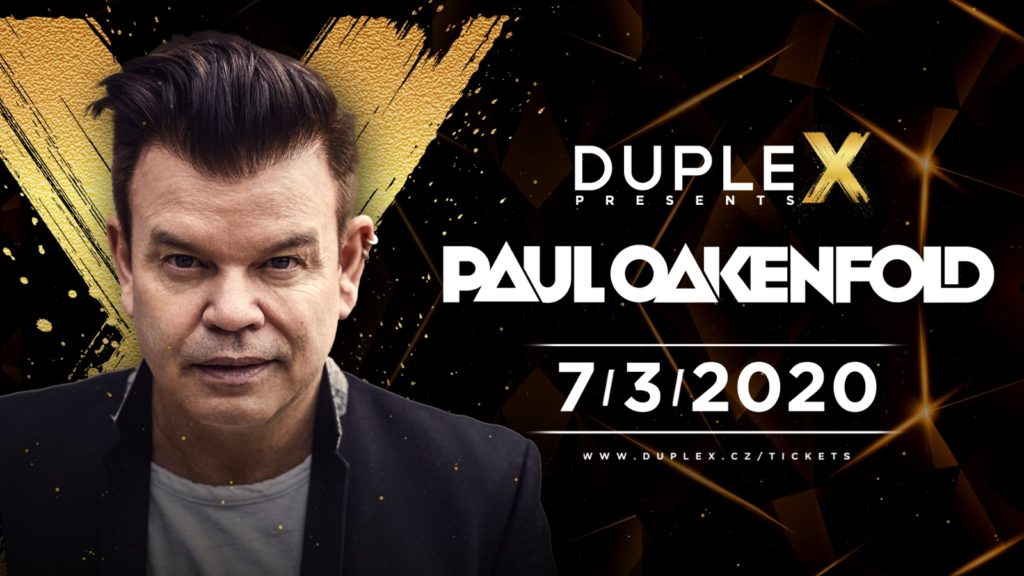 Paul Oakenfold already visited the Czech Republic several times with his DJ set. Last time it was in 2012 at the Sázavafest, before that, in 2009 as a support DJ for Madonna and at festival Mácháč. But this time it will be something special because he is back for an unforgettable, breath-taking, intimate club show for the very first time!

Paul has produced for megastars such as U2, Madonna, and The Happy Mondays. As well as three acclaimed artist albums under his name. He has remixed Michael Jackson, The Rolling Stones and Justin Timberlake and released over 20 DJ mix compilations.

His work has taken him from the DJ booth of the world’s hottest nightspots and festivals to the studio producing soundtracks for Hollywood blockbuster movies – including The Bourne Identity, Matrix Reloaded, Shrek 2, Swordfish and Collateral.

@PragueMorning
71 Following
3K Followers
🧪 From March 1, the Czech government will cover the costs of testing (max. 4 speed tests per person per month) for… https://t.co/vqZI46hsQX
6 hours ago
Follow

When distant suburban cemeteries had been built by the turn of the 20th century, Prague’s Electric Company, the…

On January 21, artists of the Cirk La Putyka circus performed in front of the closed bar window,…

Public Culture in the Streets of Prague

Although theaters, cinemas, exhibitions, and music clubs are closed due to the spread of coronavirus, you can also…