The traditional Czech Christmas food carp has gone up to 120 CZK per kilogram this year.

The country’s largest South Bohemian fish farms have announced an average price increase of 10% due to higher production costs associated with inflation.

Prices will differ depending on the region and specific manufacturers.

The carp in Czech culture

The carp plays a significant role in Czech culture. Its appearance makes it the hero of illustrated fairy tales, but it is above all the symbol par excellence of the Christmas festivities and the species that dominates the fish market.

Those who reside at seaside resorts, turn up their nose at this fat fish, full of spines, that lives in mud and stagnant water, but for a country that does not have an access to the sea, it has the advantage that it can be reared in artificial lakes. Already widespread in the Middle Ages, it was a valuable source of protein during the days of abstinence imposed by Christianity.

The cheapest ones are from Nové Hrady, while the most expensive are from Třeboň, famous throughout the country as the homeland of local carp, so much so that a statue of a carp has been placed at the doors of the town to welcome tourists. 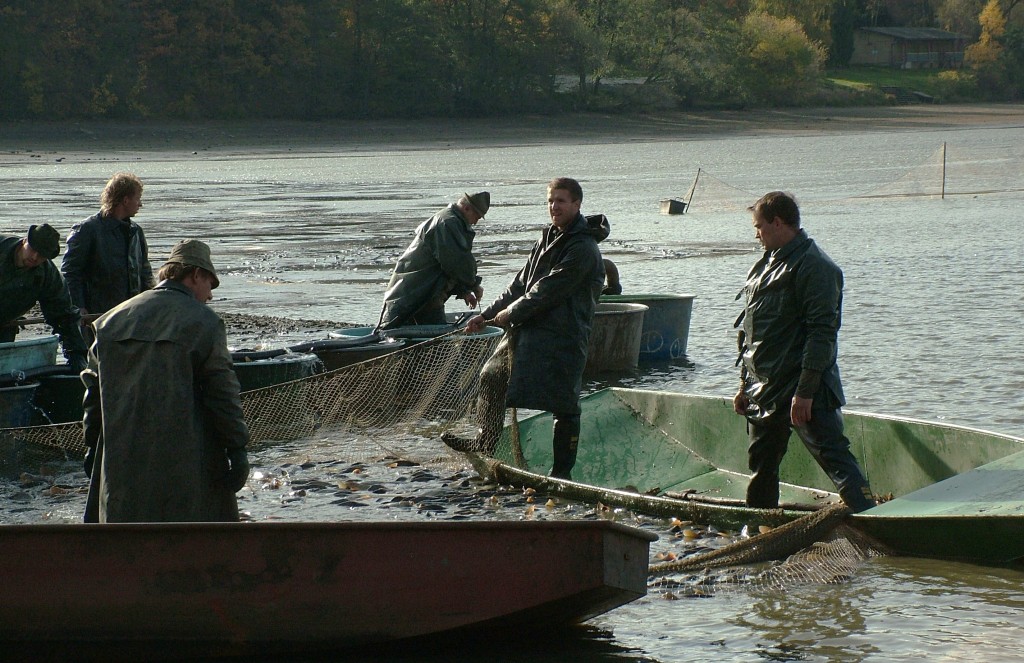 The Rybářství Třeboň company is the largest producer of freshwater fish in the Czech Republic and provides 3.200 tons of fish yearly, which is 15% of total production.

It manages hundreds of fish ponds and fish farms, that were developed at the end of the Middle Ages, which occupy the area of south Bohemia, between the districts of Jindřichův Hradec, České Budějovice and Tábor, which is now the protected landscape of Třeboňsko, a UNESCO biosphere reserve.

The “Třeboň carp” is a guarantee of quality and since 2007 is a Protected Geographical Indication product. The brand name goes further back in time, in 1939, it had already registered the illustrated mark “Třeboň carp is the pride of the kitchen”.