Consumption of medical cannabis in the Czech Republic has quadrupled year-on-year. While in 2019 patients were prescribed 17 kilograms of cannabis, last year the amount increased to 66.8 kilograms.

According to data published by the Office of the Government’s Drug Policy Department, the Ministry of Health, and the Public Institute for Drug Control, the increase was due to the fact that since last year, 90 percent of the price of cannabis has been covered by health insurance.

At the end of 2019, 434 patients were prescribed marijuana for medicinal purposes, last December this figure grew to 1103 people, ie about two and a half times more. The number of registered doctors authorized to issue therapeutic cannabis has also risen – from 78 at the end of 2019 to 123 in 2020.

The consumption and prescription of medicinal cannabis has been legal in the Czech Republic since 2013.

The first years of the program were riddled with supply shortages due to the cancellation of the first cultivation tender, as well as by a lack of authorized prescribers.

Medical cannabis is allowed in the Czech Republic for the treatment of a wide range of conditions including chronic pain, back pain, neurological disorders like MS, cachexia, Tourette’s syndrome, and psoriasis. However, at 82% of total sales by weight, the majority of cannabis flower has been issued for pain conditions in 2020.

The production and sale of cannabis for recreational purposes remain illegal in the Czech Republic, although some politicians, including from the opposition Pirate Party, are attempting to push for a liberalization of the current legislation on the matter. 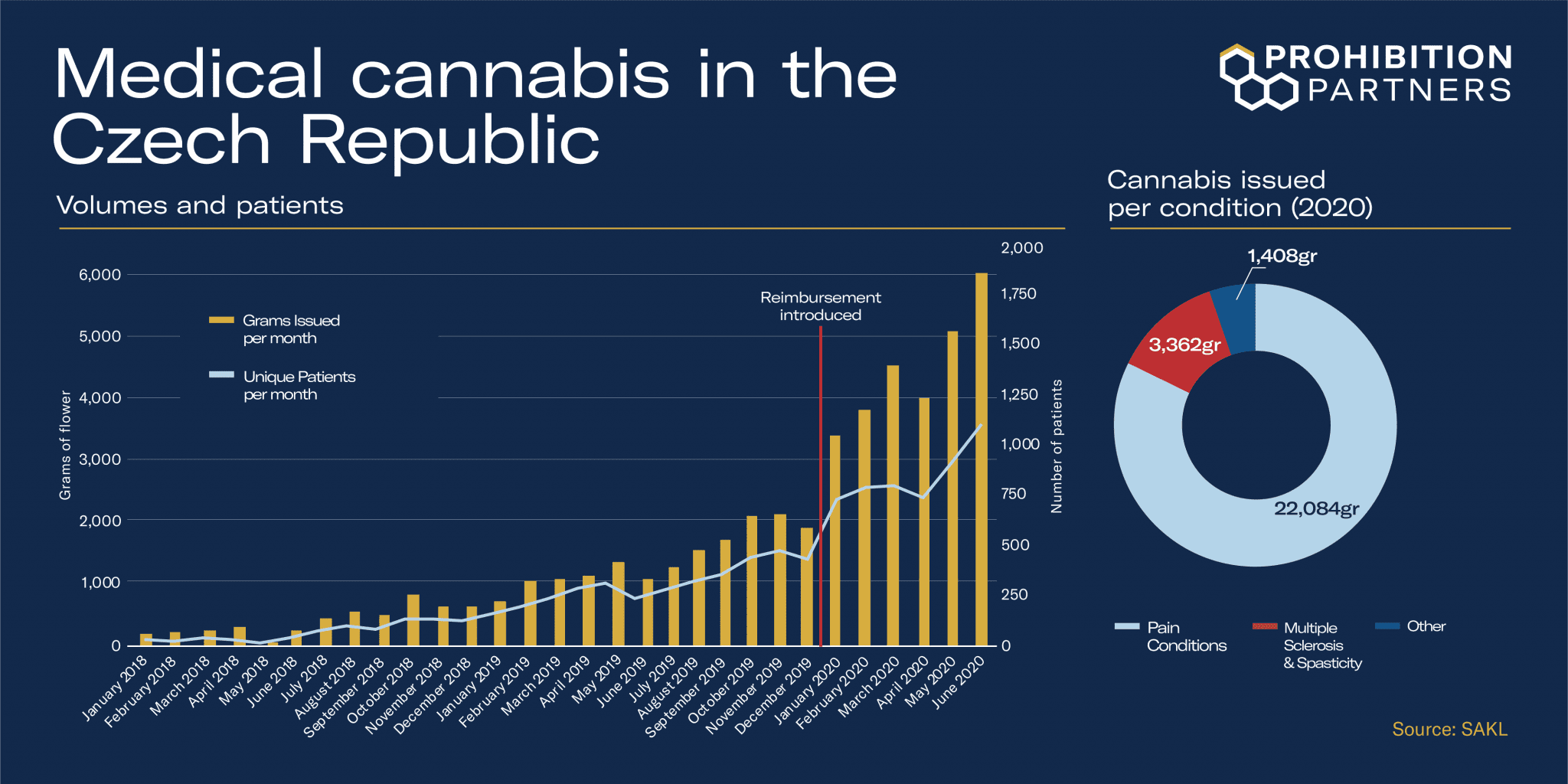 Key in the recent developments of the Czech medical cannabis programme are measures taken by the government to improve the accessibility of cannabis treatments.

This includes reimbursement by public health insurance of 90% of the cost of the product, up to a limit of 30 grams per month, as well as a price cap set at €6.41 per gram.