Czech police are denying that a method of restraint led to the death of a Roma man after video of an arrest sparked widespread outrage on social media. Roma say the incident draws parallels to the death of George Floyd.

Video footage of a police officer kneeling on the neck of a Romany man who later died in an ambulance is being shared among Czechs on social media, leading many to compare his treatment to that of George Floyd.

The video, shot on 19 June, shows three police officers in Teplice, detaining a Romany man on the floor. As one officer holds the man’s feet, another appears to kneel on his neck, and a third try to handcuff him.

Voices of several Roma bystanders are heard in the video.

In a statement released Monday, Czech police said the “aggressive” man was under the influence of methamphetamine and died in an ambulance on the way to the hospital after the police subdued him and noticed he was not showing signs of life.

“No ‘Czech Floyd,” police posted on Twitter Monday, adding the man had been a “repeat offender.”

They cite a preliminary post mortem examination that finds he suffered “pathological changes to the coronary arteries” believed to be from amphetamine use.

Interior Minister Jan Hamacek tweeted that police had his full support and were entitled to respond to anyone under the influence of drugs.

If someone was under the influence of substances and was breaking the law, “they must expect that Czech police will intervene,” wrote Hamacek, adding that thanks to police the Czech Republic was among the “top ten safest countries in the world.”

“After the police arrived, we found an injured man without his shirt. When the police came close, he was aggressive; he scratched and bit them … The police had to use coercive measures before calling the ambulance, where he died despite resuscitation efforts … The doctor present at the scene said the cause of death was most likely due to intoxication,” said The regional police spokesman, Daniel Vítek.

At the site of the incident on Tuesday, people formed an improvised memorial on the sidewalk with candles and flowers. 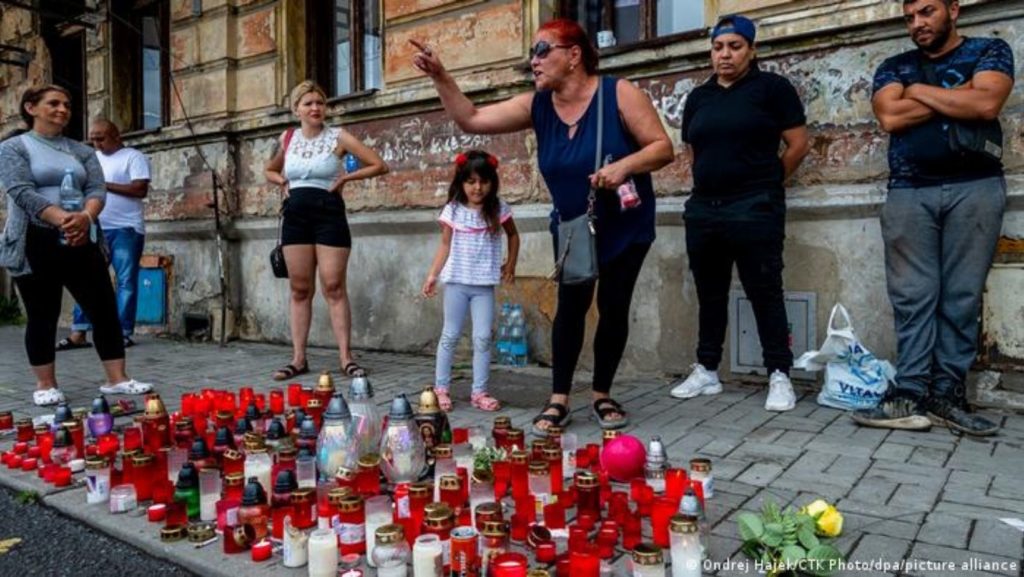