A strong earthquake in central Croatia has killed at least six people, injured many and caused a significant destruction in Petrinja, a town southeast of the capital Zagreb.

The Croatian Mountain Rescue Service said that rescuers from across Croatia had travelled to Petrinja to help with the search and recovery effort.

The earthquake was felt throughout the country on Tuesday, as well as in neighbouring Serbia, Bosnia and Herzegovina and as far away as Graz in southern Austria.

The European Mediterranean Seismological Centre said the quake centred 51km southeast of Zagreb was the largest to hit Croatia this year and the 14th felt in the area in the last 31 hours including a 5.2-magnitude tremor on Monday.

After a powerful earthquake struck this morning, the @EU_Commission is in contact with Prime Minister @AndrejPlenkovic and the Croatian authorities.

We are following the situation closely and stand ready to help.

Croatian seismologist Kresimir Kuk described the earthquake as “extremely strong”, far stronger than the one in spring.

He warned people to keep out of potentially shaky, old buildings and move to the newer areas of the city because of the aftershocks. 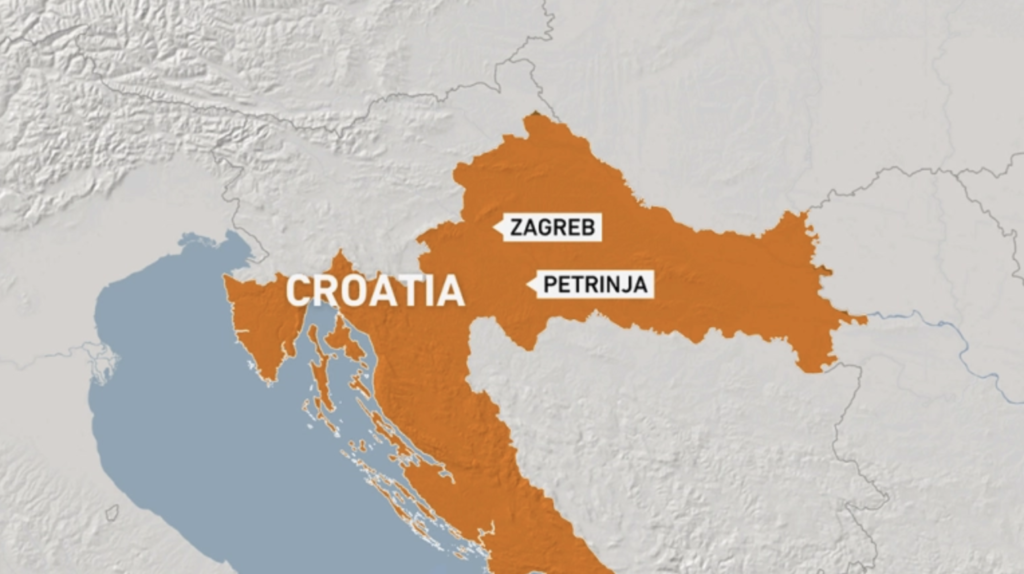 The local hospital was also left without heating and electricity, where mobile phones were being used for light, according to images from regional broadcaster N1.

In March, Zagreb’s city centre was damaged by a 5.3-magnitude quake, the most powerful to hit the capital in decades.

Our colleagues from Croatian Red Cross are on the ground assisting at the epicentre of the #earthquake at #Petrinja #croatia @crvenikriz_hr pic.twitter.com/tEJ58O8eab