On 13th December, Netsky (DJ set) is coming to Prague for his solo headline show.

Apart from Netsky’s famous signature show, you can look forward to heavy local DJ support, that will create a special night.

Boris Daenen, which is Netsky’s real name, took the dancefloor and charts by storm with his pop and electro-infused bass. After a difficult time in which he lost his father, the young DJ moved to LA and recorded his new album.

He made his debut with a string of successful singles in 2009. His way up continued with the release of 2 albums and a handful of a remix for high profile names across genres such as Dua Lipa, Ed Sheeran, Pendulum, Rusko or Swedish House Mafia.

“From the age of two or three, I started to play rhythms on pots and pans in the kitchen. I guess my parents quickly realized they’d given birth to a drummer! My grandmother bought me my first kit when I was about five and I started having lessons a couple of years later. The drum teacher was great. Even though I was young, he started teaching me about hip-hop, R&B, and funk. I didn’t know it at the time, but I was learning how to play and deconstruct breakbeats,” said Netsky.

With his signature sound, Netsky has charmed the fans at first, then the legendary drum & bass imprint Hospital Records got him on board and eventually, he’s evolved into an artist that does not only makes music but also creates an atmosphere, a mood, and feelings. 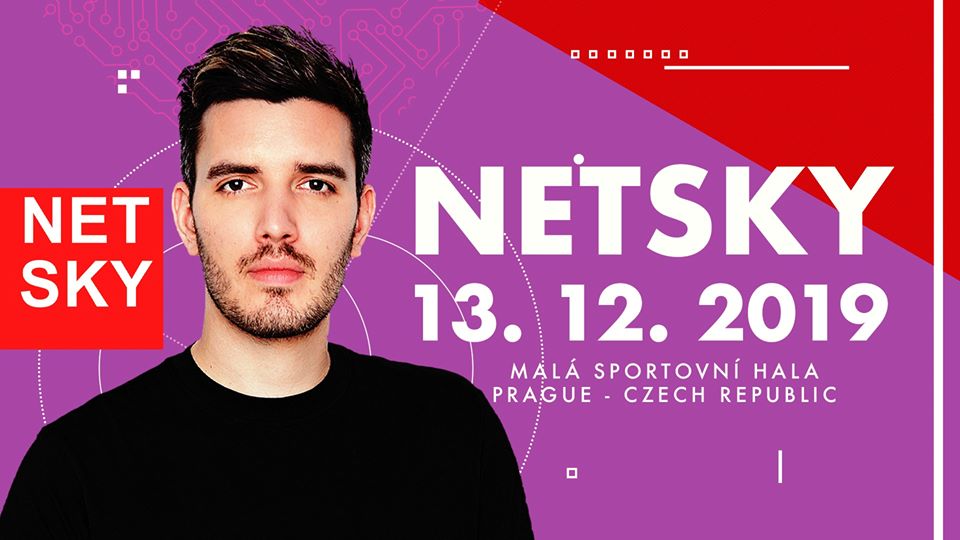 RunCzech and adidas Support Runners in Sharing Love With Others

Race organizer RunCzech with adidas celebrates love this year a bit differently. They teamed up with Salvation Army…

Czechs Can Go Sledging and Help the Homeless

Rekola, a bike-sharing company that offers its service not only in Prague, but also in seven other Czech…

Even amidst the lockdown and Covid-19 pandemic, Valentines’ day is approaching, and couples or family members can still…

During the Soviet occupation of then Czechoslovakia, Ivana Nohel was seven-years-old when she and her family left Prague…

Game On for Czech Music Festival Rock For People

Ameba Production is organizing a “unique get-together in a gaming environment” with Rock for People in the Game.…

Prague is undoubtedly a city with a very rich historical background. Simultaneously, it also has a wonderful and…