The Bombing of Prague occurred during the end of World War II (February 14, 1945) when the US Army Air Forces carried out an air raid over Prague.

The city was the capital of Czechoslovakia and (since the Nazi occupation in 1939) the main city of the Protectorate of Bohemia and Moravia.

According to American pilots, it was the result of a navigation mistake—at the same time, a massive bombing of Dresden was underway, 120 km north from Prague.

At precisely 12:35 p.m., forty B-17 Flying Fortresses of the 8th American Air Force dropped about 152 of high explosives rained down on the central city and two suburbs, destroying around a hundred houses and many historical monuments.

The raid killed 701 civilians and injured 1,184. 11,000 people were left homeless. All the people killed were civilians and none of the buildings were factories that might have been used by the Germans.

The carpet-bombing hit Vyšehrad, Zlíchov, Karlovo náměstí, Nusle, Vinohrady, Vršovice and Pankrác. About a hundred houses and historical sites were totally destroyed and another two hundred were heavily damaged.

Two buildings became symbols of the bombing. The first one was the largest synagogue in Prague located in Vinohrady. The building remained but it was torn down by the Communists in 1951.

The second building was the Emauzy monastery, founded by King Charles IV in 1347. Only in 1968, the building got a new façade, roof, and two towers. The design was done by an architect František Černý.

One of the bombed houses belonged to a butcher called Maceška. In the course of clear-up, rescuers uncovered one cellar which was empty. However, in 1970, when the building was excavated, workers discovered another cellar with 23 human skeletons inside.

The Americans voiced their regret many times. Radar navigational equipment on the aircraft was not functioning correctly, and high winds en route produced a Dead Reckoning navigational error of some 70 miles causing the formation to arrive over the supposed “target” which was believed to be Dresden at the time bombing commenced.

Prague was mostly obscured by broken clouds. Prague and Dresden also looked similar from the air, with rivers running through both cities. 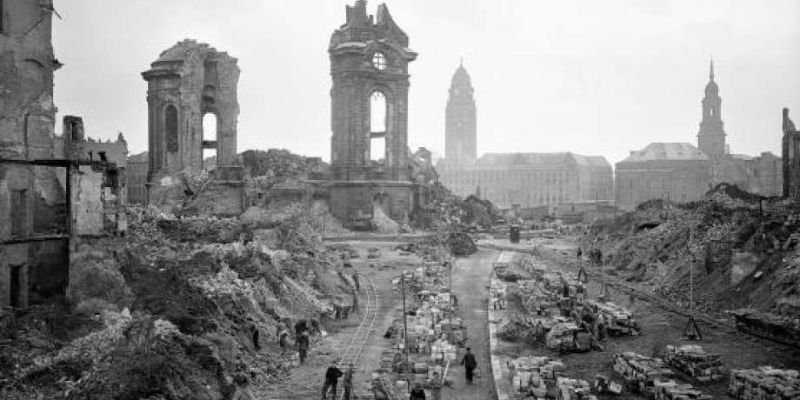 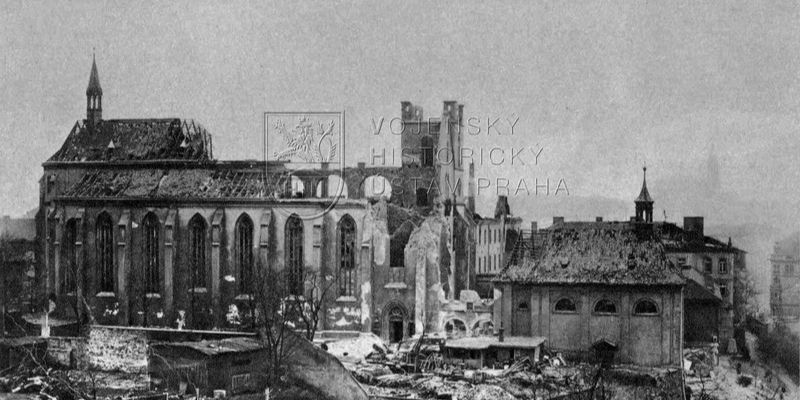 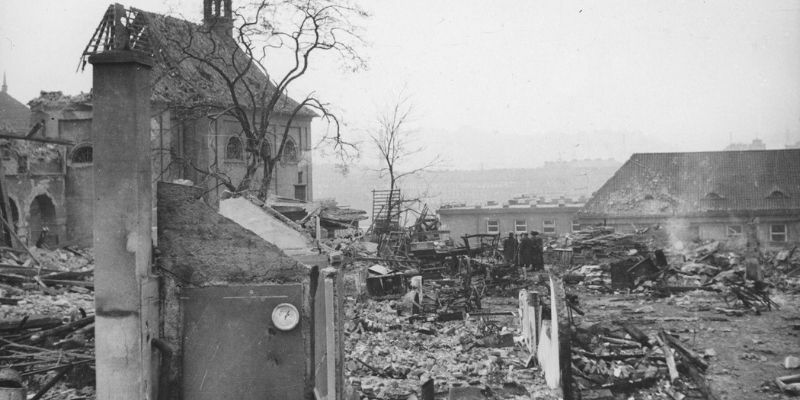