Back in 2008, a circle of giant stones was built in an idyllic landscape in the South Bohemian village of Holašovice.

At first glance, some may confuse this for the famous prehistoric monument in Wiltshire, England, called Stonehenge. But they would be wrong.

The Czech Republic in fact has its very own, unique, version.

It is called the ​​Holašovice Stonehenge, and it was created upon the expert advice of a well-known psychotronics engineer called Pavel Kozák.

The stone circle is said to have the strongest energy of all domestic man-made megaliths. The term megalith refers to a large stone that forms a prehistoric monument.

Many people who visit the stones speak of their power- saying that they can take away negative energy from the body and draw back positive energy.

Those who visit seem to go to experience the special energy which is found in the centre of the stones.

Visitors who choose to delve to the middle must stay silent while the energy is at work, and respect others who are operating inside. 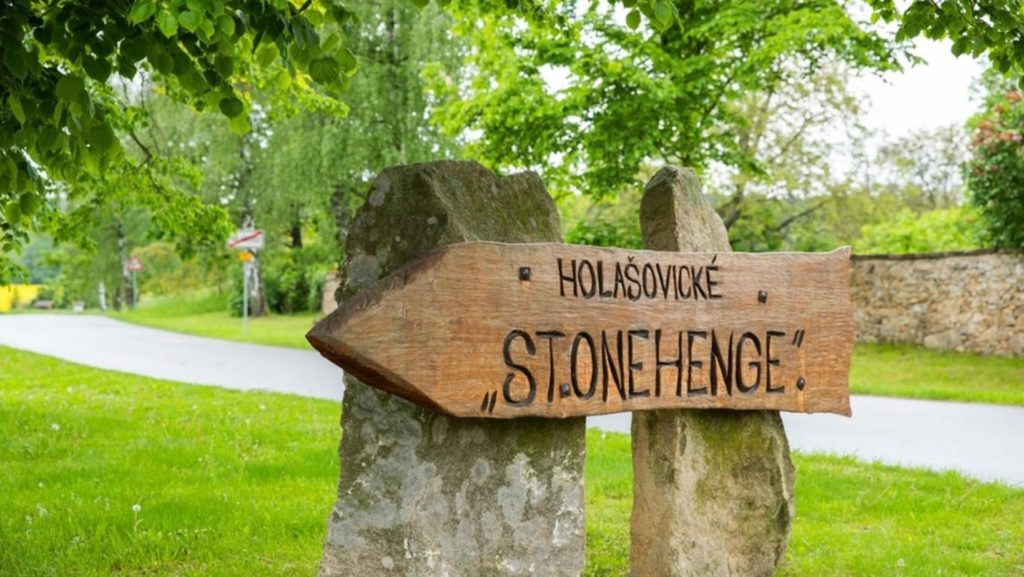 There are rumours of a presence of high astral spiritual beings in the area, and for this reason, people have experienced various reactions to being in the circle.

Other visitors have spoken of the intense relaxation they felt in the centre joined by sudden images of golden spirals and the glowing sun- even the feeling of being watched.

There have been two reports over the years where visitors remembered being killed, a likely rendition of an event from their past lives which has manifested itself amongst the energy.

If you begin to feel sick in the circle, it is strongly advised you leave the area in respect of the negative feelings and try again another time.

This should not alarm you or deter you from visiting Holašovice. Most people feel very comfortable in the circle, enjoying interesting spiritual experiences and amazing physical reactions.

The stones have even been used for healing purposes, removing both moderate and severe pain in an individual if they are able to balance the energy in a deeply relaxed half-sleep state.

Holašovice Stonehenge is a private area owned by the Jílkov family who must be contacted to visit the area.

It is only accessible by foot, and it is asked that all visitors respect the stones and the beautiful location it is situated in.