Following the lawsuit of the American airline Southwest Airlines and the escalation of the dispute with Ryanair, there is another inconvenience on Kiwi.com.

The Dutch airline KLM sent a letter to the Czech company, asking Kiwi.com to stop selling their tickets. The cooperation with Kiwi.com was interrupted several months ago by the Russian airline Aeroflot.

“They threaten the reputation of the high quality of our services,” KLM spokeswoman Marjan Rozemeijer told E15 daily about the reasons for the request. “We have sent a letter to Kiwi.com asking them to respect our wishes and the request that we do not want them to sell our tickets to clients,” a spokeswoman for the Dutch company told E15. Airlines do not like the refund process and the sale of tickets for connecting flights.

“Kiwi.com is not authorized by KLM to sell our tickets, but they buy them through agencies and then sell downstream connections. It often happens that passengers do not know which ticket they bought, “explains Rozemeijer. As a result, the luggage may arrive at an airport other than the passenger himself, says a spokesman for the Dutch company.

The second reason is the refunds that have taken place in large numbers in the last year due to the pandemic. According to Rozemeijer, it is no exception that the refunded amount is stuck in the Kiwi.com account and the customer had to wait or did not even receive a full refund. “It’s a problem for our reputation,” said an airline spokeswoman.

“As a technology innovator, Kiwi.com is not completely unexpected to receive similar messages from traditional airlines that prefer established practices and traditional pricing structures,” said Kiwi.com spokeswoman Nina Černá. “For some large airlines, it is still a surprise that even something they consider a small Czech company can have a global impact on the change of the entire industry and thus on the profit of airlines.”

Zuzana Přibylová, the sales director of the Russian Aeroflot, also described a negative experience for the E15 daily. “We were left with piles of Russian passengers in Dubai because Kiwi.com sold them tickets for a slightly lower price. But at the time when they wanted to fly, we did not accept them, because they did not have a Dubai-Moscow ticket, but a Dubai-Moscow-Stockholm ticket – and they have to have a visa to the EU for this route, which they did not have,“ she said. That’s why this spring, the Russian carrier ended its cooperation with Kiwi.com.

However, this does not mean that the Czech company will no longer sell Aeroflot tickets. According to Přibylová, Kiwi.com circumvents the termination of the cooperation by always using other payment cards, which the Russian carrier is gradually blocking. “We do not have confidence that they are informing passengers correctly. They sell them something different than customers want, and they harm us and the passengers, ”says Přibylová.

For Kiwi.com, this is several times unpleasant news in recent weeks. Two weeks ago, the American airline Southwest Airlines decided to sue the Czech company for selling the tickets of the American carrier without its permission.

Last week, Ryanair again issued a statement declaring its intention not to allow passengers on board aircraft with boarding passes purchased through Kiwi.com. 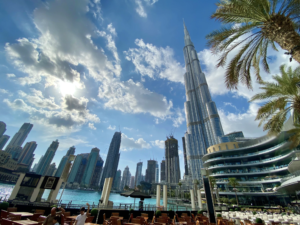