Kramář Villa is open to the public on Saturday, as part of a series of government building “Open Day” events.

Built between 1911 and 1914 by Karel Kramář, a politician and the future first Czechoslovak prime minister, the villa has over 700 m2 of floor space.

Since 1998, this villa has been the official residence of the Prime Minister of the Czech Republic. Although it is difficult to categorize the architectural style of the villa, as Neo-Baroque features are complemented by typically Art Nouveau elements, it is considered one of the most striking examples of Prague villa design.

It consisted of 56 rooms used for diverse purposes – including bedrooms, studies, dining and drawing rooms, guest suites, and even a bathhouse, on a total area of 700 square metres. Hot houses, a tennis court, and a park were built in its surroundings.

The original interior of the villa was designed and executed in collaboration with such outstanding artists as J. Beneš, professor of the College of Applied Arts, and sculptor Celda Klouček.

After the death of Karel and Nadezhda Kramář, the villa passed into the ownership of the Karel Kramář Society. At the end of the 1930s it was administered by the National Museum, and in 1952 was passed to the Office of the Government Presidium, to be used mainly for social functions and accommodation of guests of the Czechoslovak state.

In the 1990s it was completely renovated, and since 1998 has been serving as the residence of Czech Premier.

A guide will accompany groups of visitors. It is not possible to carry large luggage inside the villa.

Kramář Villa will also be open to the public on August 8 and 29 and October 5. 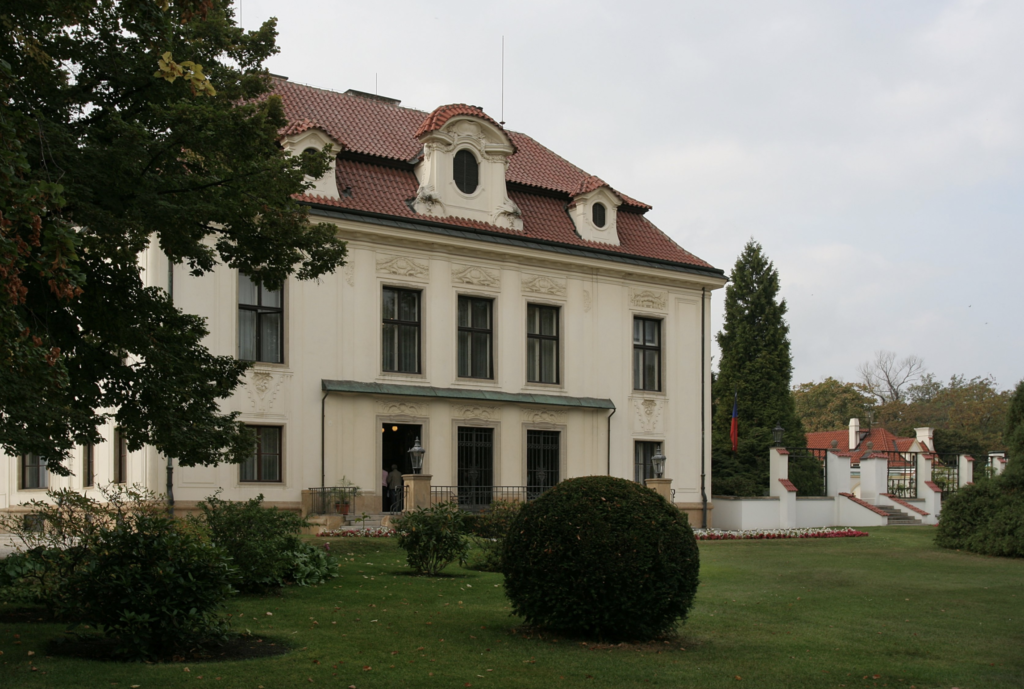