Net users are going crazy over a pair of sneakers that originally sold for about 10 euros on the discount supermarket giant Lidl’s website.

Last week, the discount giant Lidl unveiled a collection of basics selling for between 0.99 cents (CZK 26) and € 13 (CZK 350). Sold out within just a few hours, the t-shirts, socks, sliders, and shoes in the brand’s signature red-blue-yellow colours sent social media into a flurry. Some pieces are now being re-sold at 100 times their original price on auction sites.

The enthusiasm aroused around the pair of basketball has allowed many buyers to make some good deals. Taking advantage of the rarity of the product, a seller managed to resell the pair of sneakers for € 1,255 (CZK 33,000) on eBay. A record for now.

Retailing for under CZK 450, the blue and white treads come in the store’s traditional blue, red and yellow, and carry the world-famous Lidl logo on the tongue. 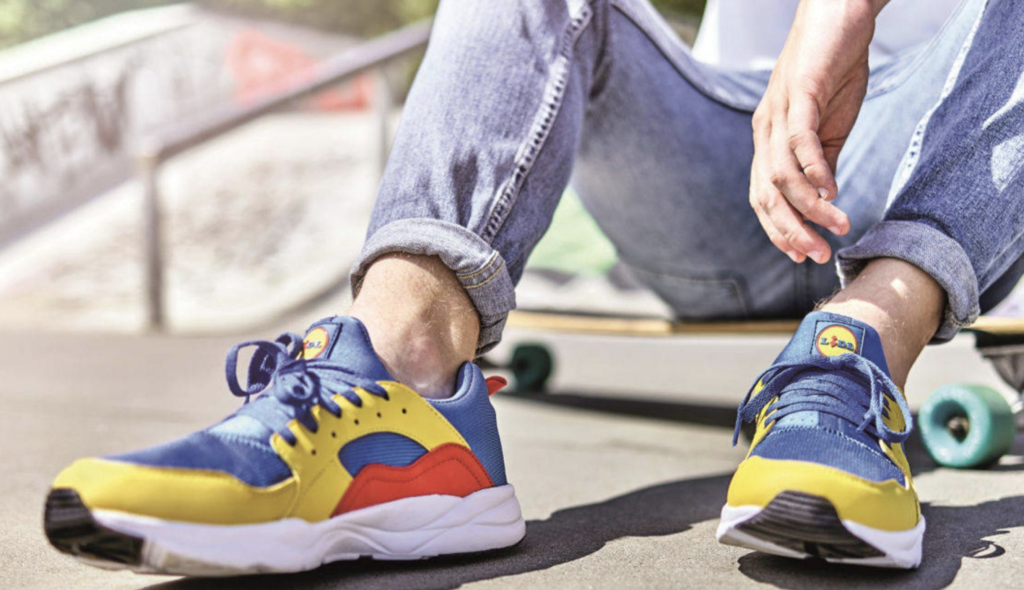 Why such an interest?

The crazy history of this basketball goes back to 2018, on the sidelines of Amsterdam Fashion Week. Lidl then presented in partnership with the model Heidi Klum his fifth collection, “Esmara by Heidi Klum”.

“We distributed white socks with the Lidl logo to the guests. It had caused a buzz on social networks thanks to influencers and that’s where we thought there was something to do,” says Julien Wathieu, spokesperson for Lidl Belgium and Luxembourg.

A phenomena that’s nothing to do with luck but is part of a daring marketing strategy as Lidl simply replicates luxury fashion houses and brands such as Supreme.

This strategy is “drop culture”, explains The Parisian. Its goal is to market products in small quantities and in a limited edition without advertising, only in targeted outlets. This causes a sense of urgency and a surprise effect on the consumer. The basketball pair has been sold in Germany and Belgium but not yet in France.

For the time being, the collection is only available in Germany and Belgium. Pending a possible release in France, competitions to win the accessories have been set up on Lidl’s social media and it’s also possible to procure a pair on Leboncoin. 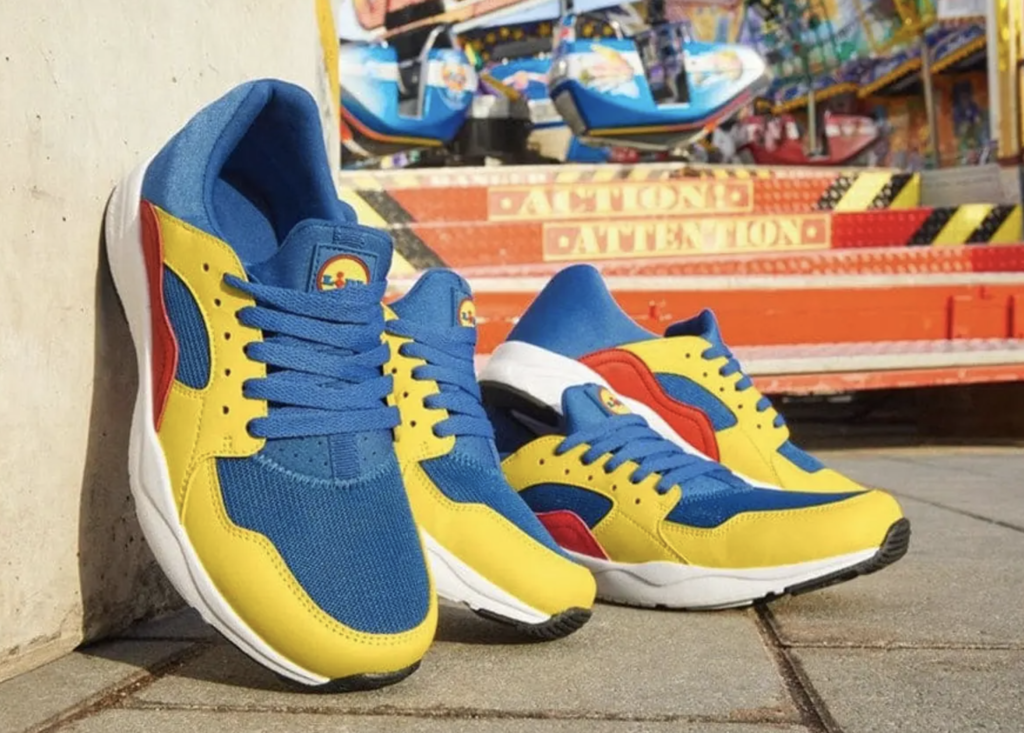 Havel’s corner, unveiled in Brussels on Tuesday, should be reminiscent of the legacy of the former Czech president…

A Hydrogen Corridor Will Lead Through the Czech Republic

The gas transmission system operators of the Czech Republic, Slovakia, Ukraine, and Germany plan to build a hydrogen…

Same-sex marriage, which Switzerland approved in a referendum on Sunday, is now legal in 30 countries, but homosexuality…

On Monday, the Czech government approved humanitarian aid for Afghanistan amounting to CZK 75 million. The money will…

The acquisition comes nine days before elections in the German capital, where housing shortages and rapidly rising prices…

Pope Francis Has Arrived in Slovakia

Hundreds of believers, politicians and the representatives of the Church welcomed him at the airport. Pope Francis arrived…

If your day doesn’t start until you’re up to speed on the latest headlines, then let us introduce…
Total
52
Share