Lime Adds 100 Kč Fine for Parking in the Red Zone

Lime electric scooters arrived in Prague almost a year ago. People whizz past on them. Some people love them and some people hate them.

Soon after the scooters appeared, Prague 2 banned them. Entire areas appeared as a red zone on the Lime app map. It didn’t make much difference and scooters were still driven and parked within the red zone.

A few days ago Lime announced that parking your scooter in a red zone would result in a 100 Kč fine. 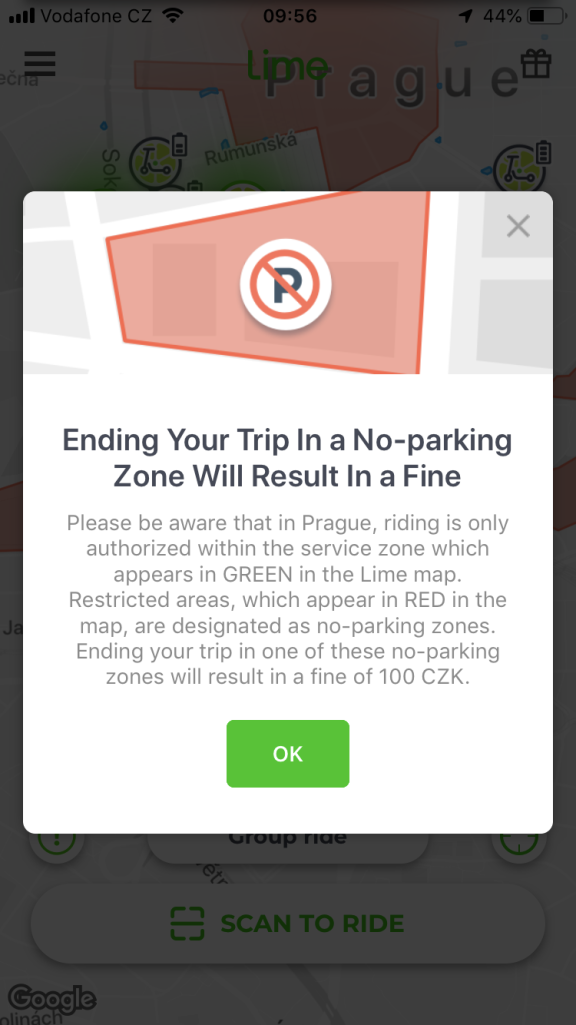 It isn’t clear who keeps the 100 Kč. Lime obviously don’t have a sci-fi way to kill the motor when you cross into the red zone. But they do know where you parked – that’s also  the way you find a Lime scooter on the app.

I checked a red zone this morning and there was only one scooter. 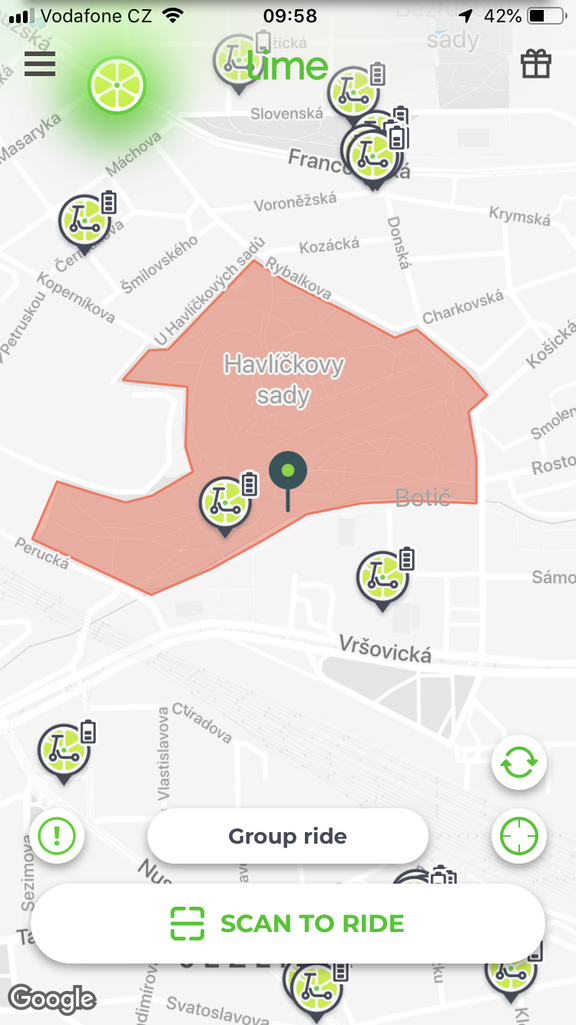 But that’s because the scooters are collected at night by Lime ‘juicers’ – those paid by Lime to pick up and recharge scooters. 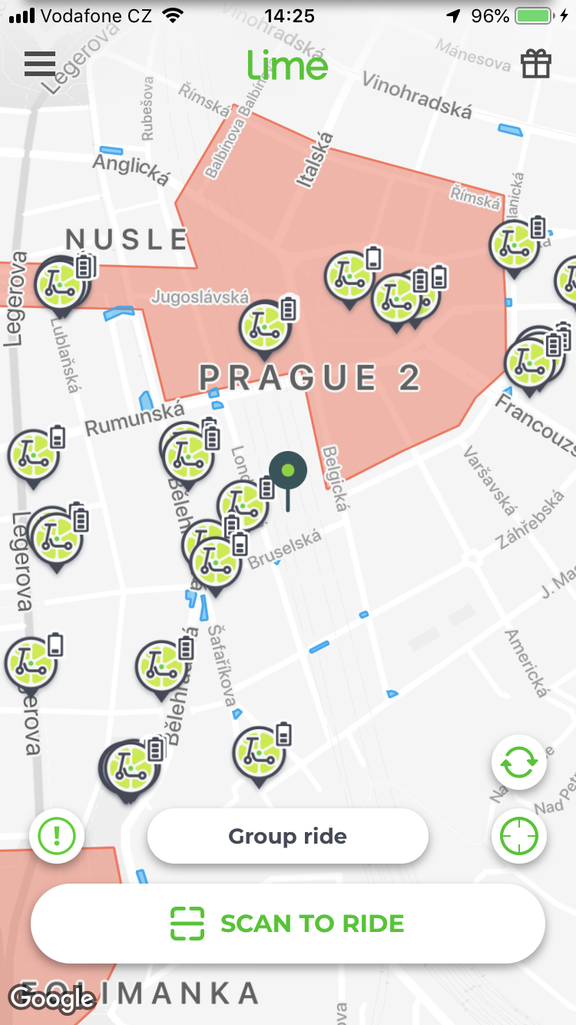 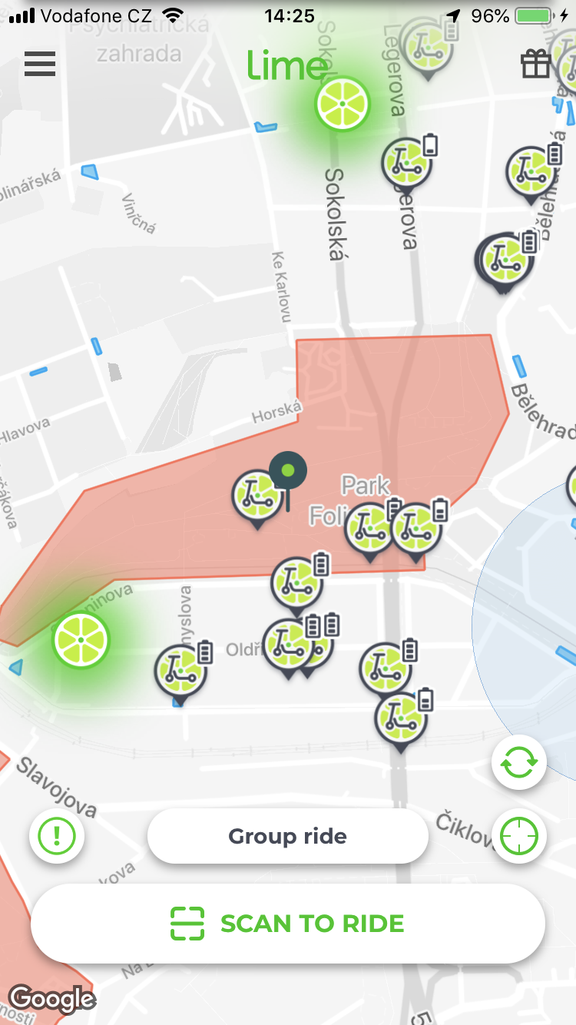 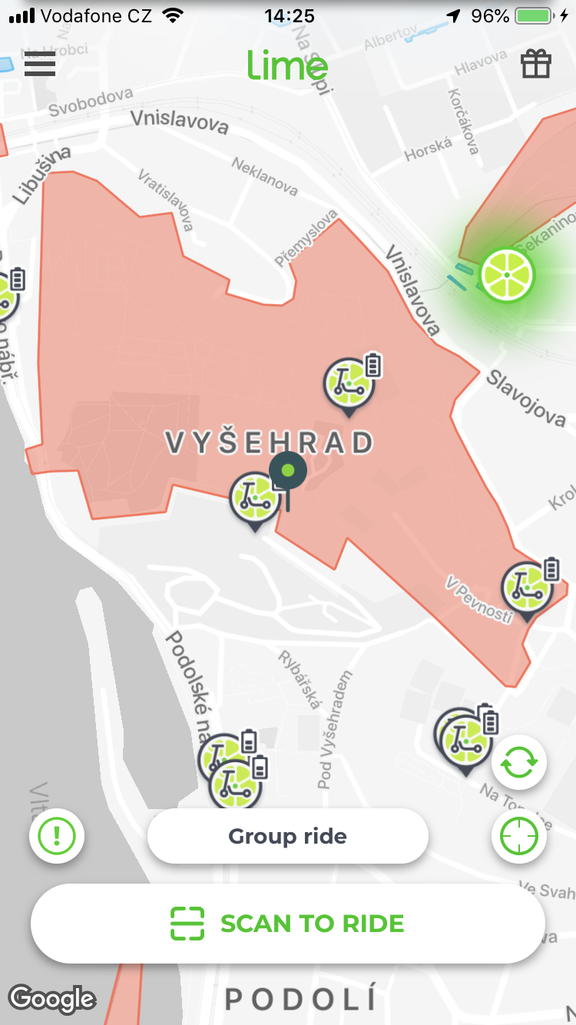 So if you’re Lime user, watch out where you park.