The Czech Republic will welcome in 2022 after the warmest New Year’s Eve on record, forecasters say.

Temperatures are set to be “exceptionally mild” this week before hitting a balmy 15 degrees Celsius on Thursday and Friday – warmer than April, when the mercury hovers at an average of 14 degrees Celsius.

On New Year’s weekend, the highs can reach up to 15 degrees Celsius. The beginning of the new year will also be warm and relatively dry, according to the Czech Hydrometeorological Institute (CHMI).

“In the last two days of the year, the afternoon temperatures will reach record values ​​from 10 to 15 degrees Celsius,” says CHMI. The first days of the new year are forecast to be warm, relatively dry, and sometimes sunny.

“The weather has been pretty topsy-turvy. We’ve had a cold Christmas – and now we’re going to see it get warmer”.

The New Year’s Eve weekend will contrast sharply with the Christmas weekend when temperatures dropped well below freezing.

Areas in Northern Bohemia saw a steep drop in temperatures last night, reaching -10 degrees Celsius in most areas. A low of -26.8 degrees was registered in the Jizera Mountains. It was the lowest temperature this winter.

The second-lowest temperature was recorded by meteorologists last night (December 26) in Orlické Záhoří in the Rychnov region (-18.2 degrees), followed by Broumov in the Náchod region (-17 degrees) and the nearby Zdoňov near Teplice nad Metují (-16.6 degrees).

As of December 29, a maximum of 50 people will be allowed at indoor events, parties, and New Year’s celebrations with only four people allowed at one table.

Cultural events will still be limited to 1,000 people, but events where people mingle must not exceed 100 participants.

In the first fortnight of the New Year, schoolchildren will have to undergo tests twice a week. 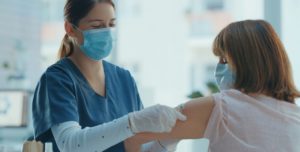