No Night So Dark: The Story of a Czech-Jewish Family Discovered From a Black Box

The story of a successful Czech-Jewish family that was hidden in a black box for decades has come to light thanks to the efforts of family members and journalist David Vaughan. It reveals the life story of several generations of the Wels family in pre-war Czechoslovakia, whom the tragedy of the Holocaust nearly eliminated.

The exhibit “No Night So Dark” should still be taking place in the Winternitz Villa in the hills of the Smichov district. Prague offers a great number of villas outside the city centre with family stories behind each of them. The story of Wells’ family could have been lost forever.

However, a box called “the Black Elephant” stuffed with hundreds of letters, sketches, photographs, and memoirs was discovered in the wardrobe of the only surviving Wels family member, Tomáš, who had escaped to Britain during WWII.

Tomáš never shared the story of his family with his children, until he was admitted to hospital for heart surgery. This is when he invited his son Colin to tell him about the past, but then a sudden stroke left him unable to speak.

The only memories that were left of the Wels family were kept in a black box, where Tomáš’ mother Ida had put everything that was dear to them before she along with almost the whole family was first sent to Terezín. Then in September 1943, Rudolf, Ida, and Martin Wels were sent to Auschwitz, never to return. 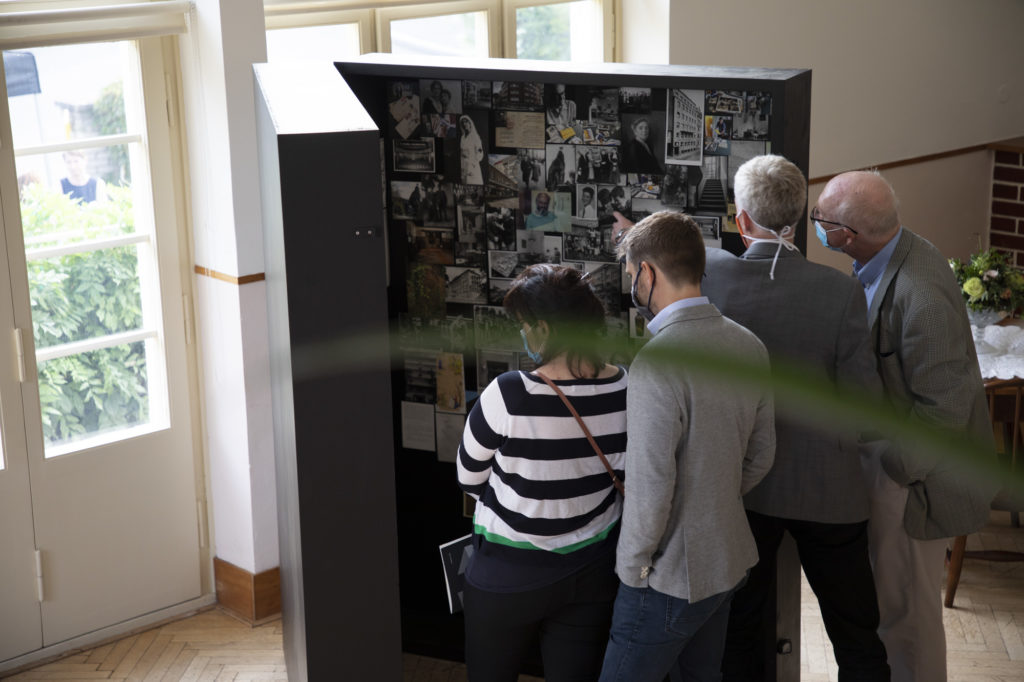 Thanks to the contents of the box that the family’s friends preserved during the war and handed to Tomáš when he returned to Prague in 1945, after the war, Colin was able to unravel his family’s history. David Vaughan, a radio journalist for BBC and Radio Prague, and the author of a Czech Radio series about the life of the Wels family during the Czechoslovak First Republic, first brought the story to the Czech audience.

“I made this radio series and realized that it was not enough. There is such a wealth of visual materials, the letters, the photographs, sketches, drawings, and Rudolf’s architectural designs, that it would make for a very interesting exhibition,” Vaughan said. This is how the idea of an exhibition was born. 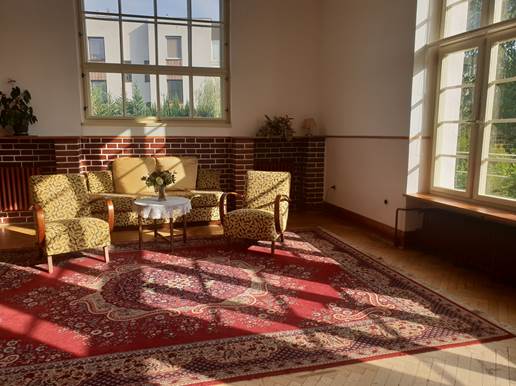 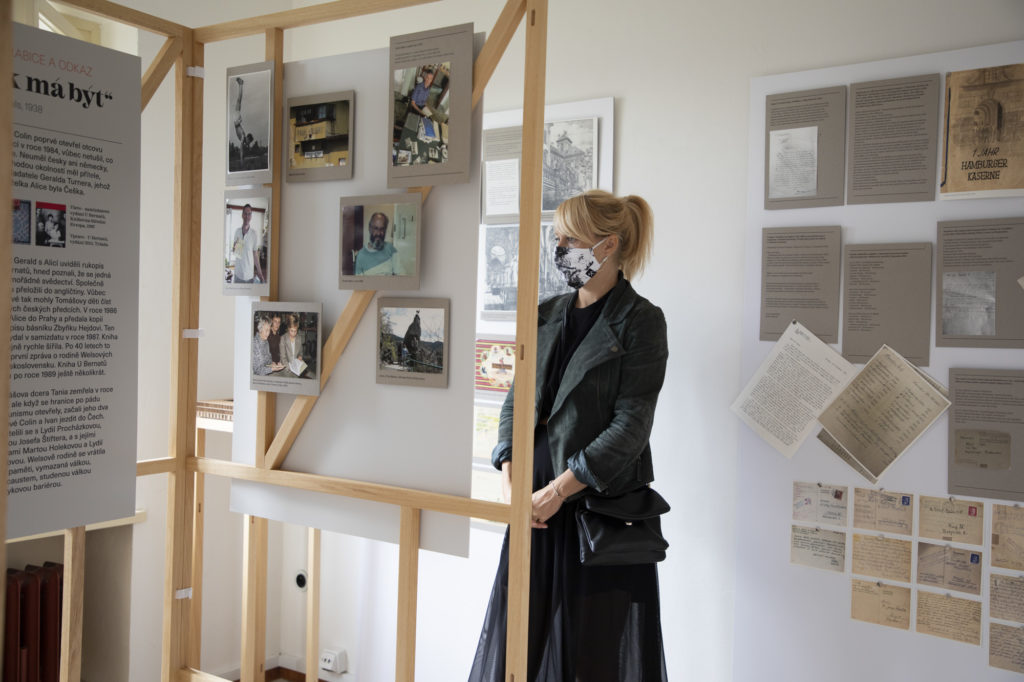 The project unveils the story of the Wels family using family photos, personal letters, and other documents from the “Black Elephant” box. The exhibit is divided into chapters, which describe each generation from the early 19th century. Partly it remained thanks to Šimon Wels, the great grandfather of Colin, who wrote the memoirs. Every member’s life path and achievement is displayed on the walls of the Winternitz Villa, as is the great tragedy of the Holocaust.

Tomáš’ father, Rudolf Wels, studied architecture in the Academy of Fine Arts in Vienna. Afterward, as a successful architect, Rudolf designed buildings mainly in Western Bohemia and Prague, which reflect his exceptional artistic creativity and a strong sense of space. Rudolf and his wife Ida had two sons, who apparently inherited their fathers’s artistic talents.

Tomáš and his younger brother Martin wrote an illustrated book about their daily family life in Prague and gave it to their parents for Christmas in 1938. The exhibit presents colorful illustrated pages from this children’s book “Sancta Familia” in one of the final parts.

The villa that holds this exhibition belonged to lawyer Dr. Josef Winternitz and was designed for his family in 1932 by Rudolf’s teacher and colleague, the famous modern architect Adolf Loos. It is built in a spirit close to Rudolf Wels, but also both families Winternitz and Wels shared the same cruel fate and were murdered in gas chambers in Auschwitz. That is why this family villa was chosen for the project.

The exhibit is multilingual, and on multi-levels of the villa; the precious memorabilia of the Wels family is placed on two floors of the villa in chronological order that helps visitors to follow the storyline while being surrounded by the interior of early 1900s modern architectural design, flooded with light from its large windows. There is also a film in the basement about the family’s history.

It is not just the story of one family. It is also the story of many unfortunate Jewish families whose memories are fading into time. “We were cut off from our family, from our past. Suddenly it all came back. It feels very special,” said Colin Wels in the film.

The exhibit was expected to run until November 29, and after this, it should be moving to Berlin and Munich. There are also plans to have it shown in Czech Centres in London, and Washington D.C. 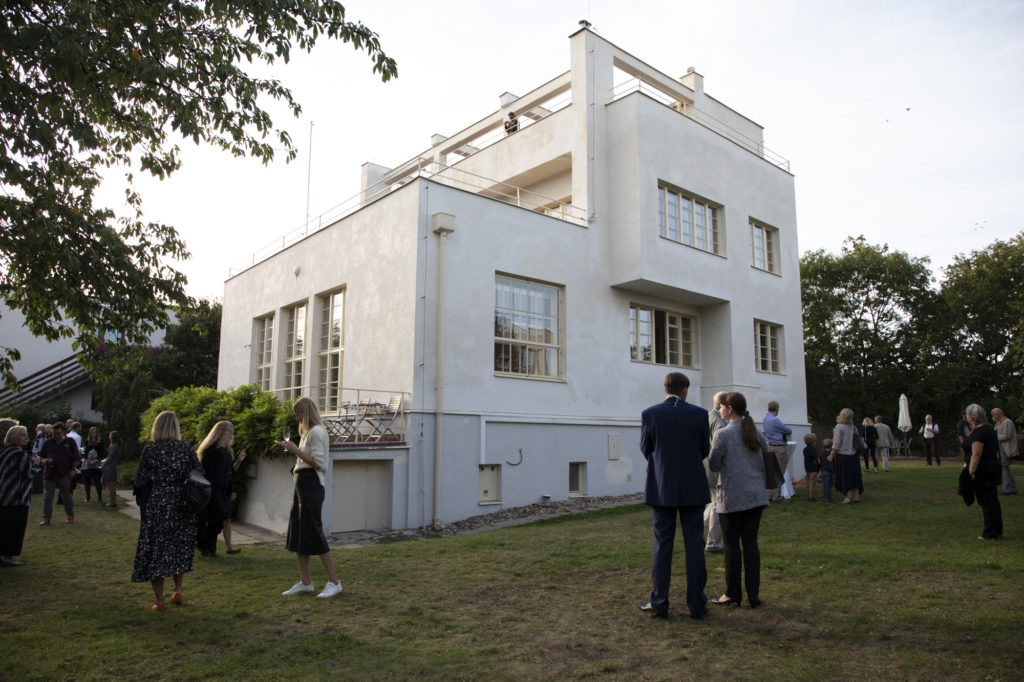 Lecture by Pep Bonet to Take Place in Prague on Monday, September 27

Pep Bonet (Mallorca, 1974) is a co-founder of NOOR images and a Nikon Europe ambassador.  Pep is an…

Can you still not understand the Czech obsession with mushroom picking? Are you still quite confused about the…

A new memorial dedicated to the victims of the Armenian genocide was unveiled in Kralupy nad Vltavou. It…

The European Union’s top court on Monday ordered Poland to pay a daily fine of 500,000 euros until…

It once seemed relatively uncontroversial: a 25-page document meant to reduce violence against women across Europe.  But a…
Total
33
Share