Online supermarket Rohlik is now expanding into Italy, Romania and Spain under the brand name Sezamo. Next year, the Czech company will reach seven countries, after which more cities will follow in Germany.

The Czech online supermarket Rohlik is continuing its European conquest: in 2022, the disruptor will launch in Italy, Romania and Spain, bringing the total up to seven countries.

In the new markets, the online supermarket will be branded Sezamo, named after sesame seeds and the phrase “open sesame”. Until now, the e-commerce player operated in each country under a different name. In Austria, for instance, they are called Gurkerl, and in Germany, the company operates under the brand name Knuspr.

Despite the different names, the recipe remains the same throughout: Rohlik is an online-only supermarket delivering to consumers’ doorsteps within two to three hours and offers a full range of supermarket products. Sezamo, for example, intends to offer around 8,000 fresh items delivered within three hours in Italy and two hours in Romania.

“To be ten times better than the supermarket”

The concept is thus a cross between the growing express delivery services, such as retailer Gorillas – present as keynote speaker at RetailDetail Night – and traditional online grocery services.

It is a crossroads that does put traditional supermarkets to the test. In the German city of Munich, Rohlik recently reached the milestone of 1,000 orders per day and said it delivers more than 1 million items on some days.

“Of course, the old habit of going to the supermarket is hard to unlearn. Therefore, what we are building should not just be a better way of doing grocery shopping, but ten times better”, says founder Tomáš Čupr determinedly.

The young company has already raised 290 million euros in funding this year, including a capital round of 100 million euros. At that point, Rohlik was estimated to be worth one billion euros.

Sezamo will launch in Milan and Bucharest in the first half of next year, and they will add Madrid in the second half of 2022. Italy will be the second-largest market for Rohlik, after Germany, so the country will also have its own CEO. Andrea Colombo is transferring from supermarket group COOP Lombardia. In the next few years, Čupr wants to expand into more cities in Germany, including Frankfurt, Stuttgart and Leipzig.

France is also said to be on the agenda, although no plans are definite as yet. “With the high penetration of mobile shopping, we have a chance to disrupt groceries in Europe”, Čupr said earlier. 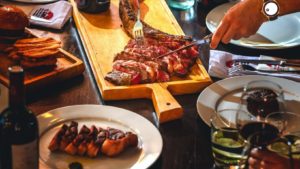