Police Release Online Maps of Crime in the Czech Republic

Police released online maps of crime in the Czech Republic in which people can see the numbers of various types of crimes and offenses in individual municipalities and their parts.

The map is available at this link.

The map also says when a crime was reported and whether the perpetrator was found or not. The exact locations in which the crimes were committed cannot be seen on the map in order to protect the victims and their personal data.

A part of the maps will not be accessible to everybody but only to the municipal authorities and the police, for example for planning the activities of police patrol and for taking preventive measures.

To get information on each district, you need first to click on the indicator above the city and then click the “Show details”. 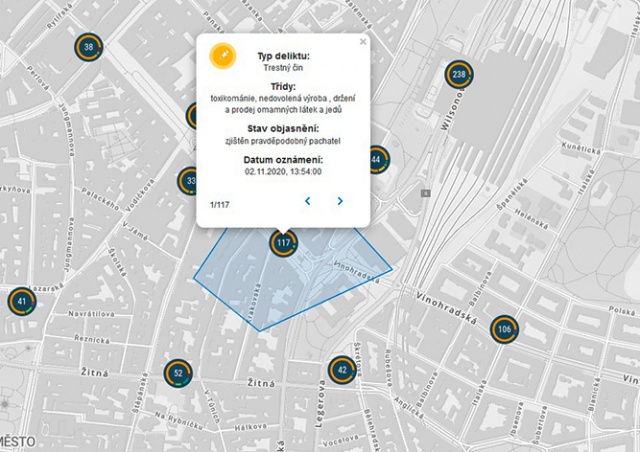 The crime rate in the Czech Republic increased by 3.5 percent to 199,221 cases in 2019 after a steady decline in the five preceding years, according to the annual police statistics.

In 2019, police authorities registered an increase in the number of homicides, attempted murders, and cybercrime. The crime rate increased in all regions, except the Liberec region in the northwest and Zlín region in the southeast.