Rage Against the Machine to Play in Prague After 24 Years

After announcing their reunion following a nine-year hiatus, Rage Against the Machine have mapped a 2020 world tour.

The extensive tour dates arrive after the previously announced March warm-up shows and festival headlining slots, including Coachella, Boston Calling and Firefly. Supported by Run the Jewels, the band will embark on the seven-month trek starting March 26th at the Don Haskins Center in El Paso, Texas.

“Through ticketing, volunteering and band donations, Rage Against the Machine will be working with multiple charities and activist organizations throughout the tour,” noted the band in a statement.

Rage Against the Machine broke onto the national radar in the mid-‘90s with a hard-hitting amalgam of hip-hop, funk and metal, releasing four critically acclaimed albums before disbanding in 2000. Morello, Commerford and Brad Wilk went on to form Audioslave with Soundgarden’s Chris Cornell, and later joined rappers Chuck D and B-Real for the supergroup Prophets of Rage. 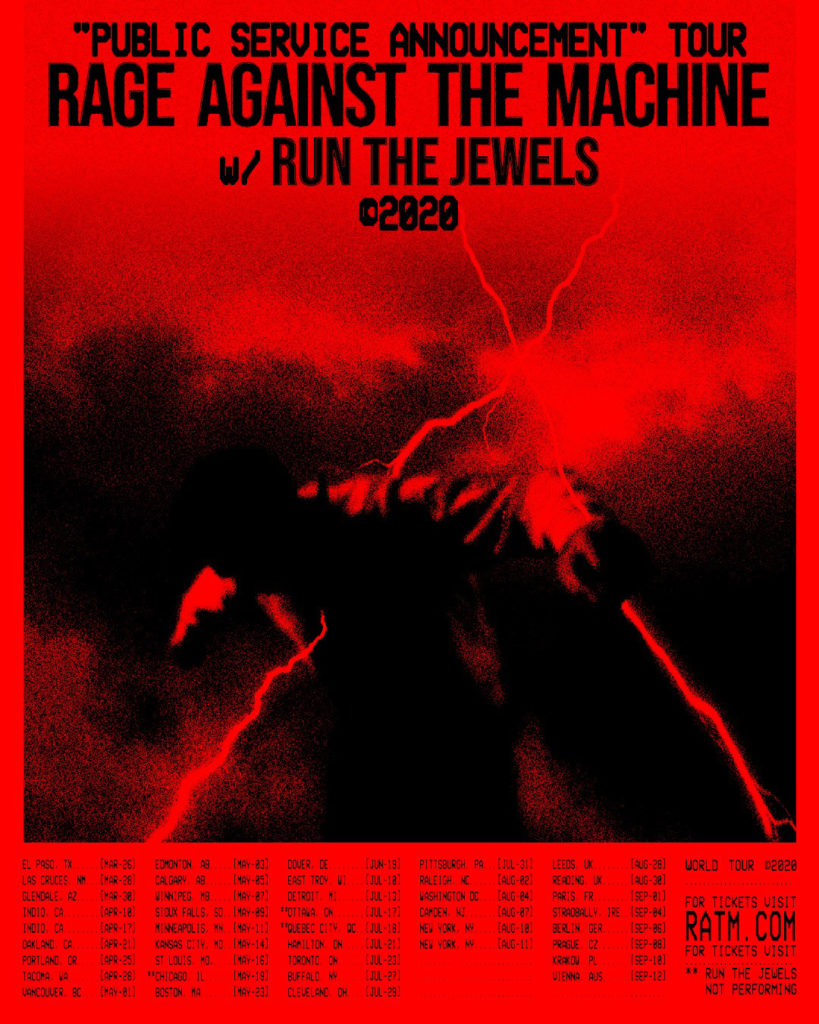 @PragueMorning
71 Following
3K Followers
Compulsory testing for Covid-19 at Czech firms with 250 or more employees began on Wednesday. Here we are at Evrops… https://t.co/PT29WaqNNq
5 hours ago
✈️ Smartwings and Czech Airlines now require all passengers to have a negative Covid-19 tests result… https://t.co/c9jcfcbN5F
6 hours ago
Follow