Rohan Island is located along the right bank of the Vltava River, adjacent to Karlín and Libeň and across the river from Holešovice. This former harbour and warehouse area is currently a somewhat forgotten part of Prague.

Rohan Island spreads across 44 hectares—for comparison, this is the equivalent of ten Wenceslas Squares. More than half of this area is earmarked for new construction. In accordance with the current land use plan, 1,750 new apartments will be built to accommodate roughly four thousand people.

“There is a large recreation area and there is in direct contact with the river, we also want to support the activities on the waterfront by building a new promenade in the place of the current cycle path,” Leoš Anderle, executive director of Sekyra Group, said. 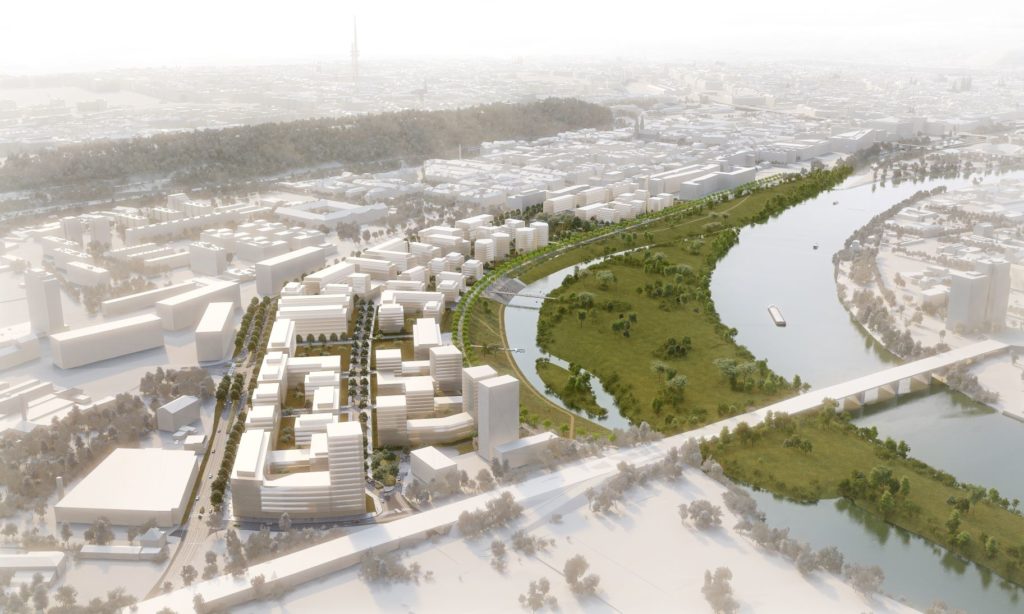 In agreement with the city, the investor incorporated comments to make houses fit in better with the neighboring Karlín buildings. The project should also include pedestrian zones.

The street Rohanské nábřeží will be transformed from the current outpost to a city boulevard with wide walkways, retail, and greenery. Residents and office users will park in the underground garages of individual buildings, surface parking will only be for visitors.

Prague is Among the 10 Greenest Cities in Europe