Sheep and Goats Grazing in Prague

Every year, flocks graze in many areas, especially in the Prokopské and Šárecké Valleys and in Trojská kotlina. However, they also graze in several other parts of Prague, such as Radotín Valley, Třešňovka, Hrdlořezy, and Na Vidouli.

The number of animals and the length of grazing time adapts to the current location and weather conditions.

Each herd is made up of roughly 70 animals; 80-90% of them are sheep. Sheep mainly graze on grass, while goats prefer leaves.

People will be able to see them behind the building of the Czech Hydrometeorological Institute (Na Šabatce 2050/17, Komořany) for about three more weeks.

“This is the most ecological and cheapest kind of maintenance in poorly accessible areas, and at the same time it is an indirect educational element for the children of Prague, who can observe the lives of farm animals even in Prague,” Petr Hlubuček, the Deputy Mayor of Prague, said. 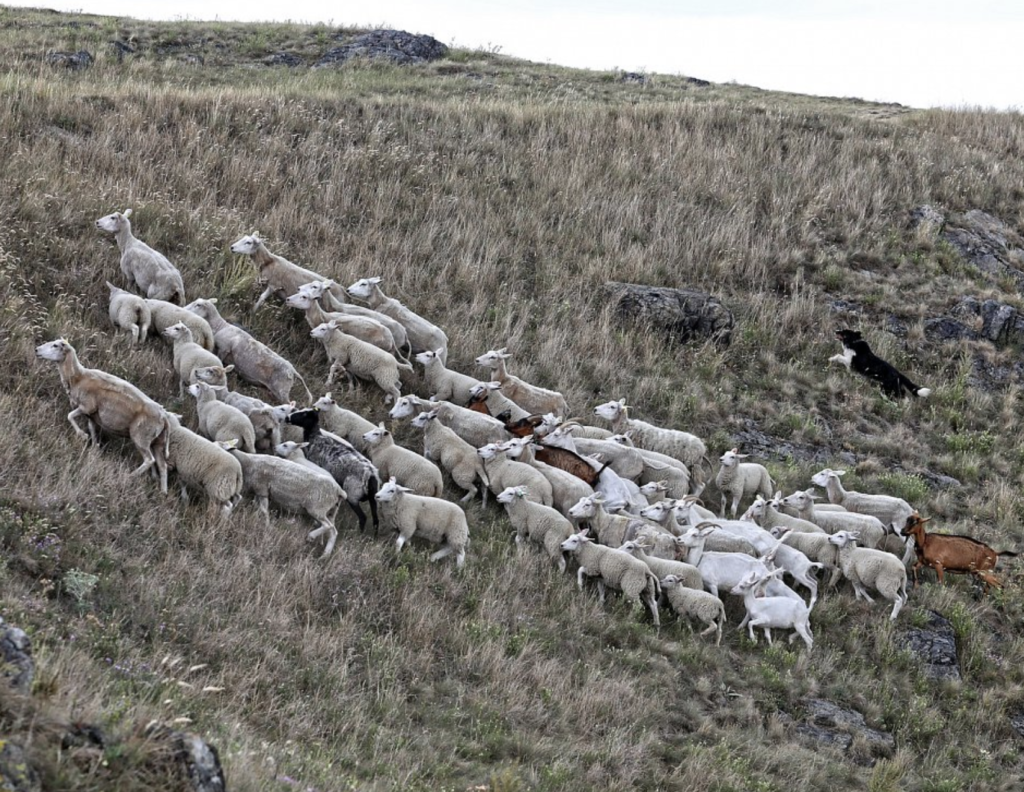 From May to October, one herd of about fifteen cattle will be grazing in the Čihadla Polder, and the second herd of twelve will be moved through the meadows of the ČimickéValley, Šeberov, and Milíčov.

The grazing of sheep and goats has primarily been taking place in specially protected areas in Prague since the year 2000, while the cattle grazing began in 2012. It is provided and financed by the Environmental Protection Department of the Prague City Hall.

Since the animals are not the property of Prague City Hall, they return to their farms after the end of the grazing season in Prague.

“Grazing for the capital city is managed by private farmers, who also provide 24-hour surveillance of the herds and flocks. The shepherds also make sure that the sheep only graze on the lands that they are intended for. The annual cost of grazing of sheep and goats is approximately 950,000 CZK, and in the case of cattle it is about 450,000 CZK,” the Deputy Mayor, Petr Hlubuček, added.