The seven millionth ŠKODA OCTAVIA has rolled off the production line at ŠKODA’s main plant in Mladá Boleslav.

The model’s beginnings date back to 1959. In the mid-90s, the first generation of the modern-day OCTAVIA was the first ŠKODA to be developed entirely under the umbrella of Volkswagen Group. Since then, the OCTAVIA’s success has provided the foundation on which the Czech carmaker has continued to flourish.

ŠKODA delivered 363,700 units of its bestseller to customers in 2019 and celebrated the world premiere of the latest, fourth, generation in Prague in November of the same year.

Michael Oeljeklaus, ŠKODA AUTO Board Member for Production and Logistics, stressed, “The OCTAVIA is the heart of our brand. Having enjoyed success since the mid-90s, it has contributed significantly to transforming ŠKODA from a regional market leader into an internationally thriving carmaker that has now firmly established itself as a high-volume manufacturer. This milestone is therefore a very special event for us and is a great testament to the fantastic work of our colleagues in the Production and Logistics department.”

Featuring a generous amount of space and modern technology, the original OCTAVIA has been wowing customers since back in 1959. At the time, it was the eighth ŠKODA to feature the modern independent suspension for all wheels and also the Czech manufacturer’s eighth model since the Second World War.

It was therefore given the name OCTAVIA – derived from ‘octo’, the Latin word for the number eight. In 12 years of production (saloon until 1964, estate until 1971), ŠKODA built approximately 400,000 units of the popular model.

A bestseller takes to the stage
At the ‘Mondial de l’Automobile’ in Paris in autumn 1996, ŠKODA presented the first generation of its modern-day OCTAVIA – the first ŠKODA in the lower mid-size car segment for decades.

It was also the first model by the Czech manufacturer to be developed entirely under the umbrella of Volkswagen Group. The design and spaciousness of the saloon catered to the public’s taste and, in 1997, around 61,000 units rolled off the line. ŠKODA manufactured more than 117,500 the following year, almost doubling its production. By 2010, a total of 1,440,000 first-generation OCTAVIAs had been built – in the end in parallel with its successor. 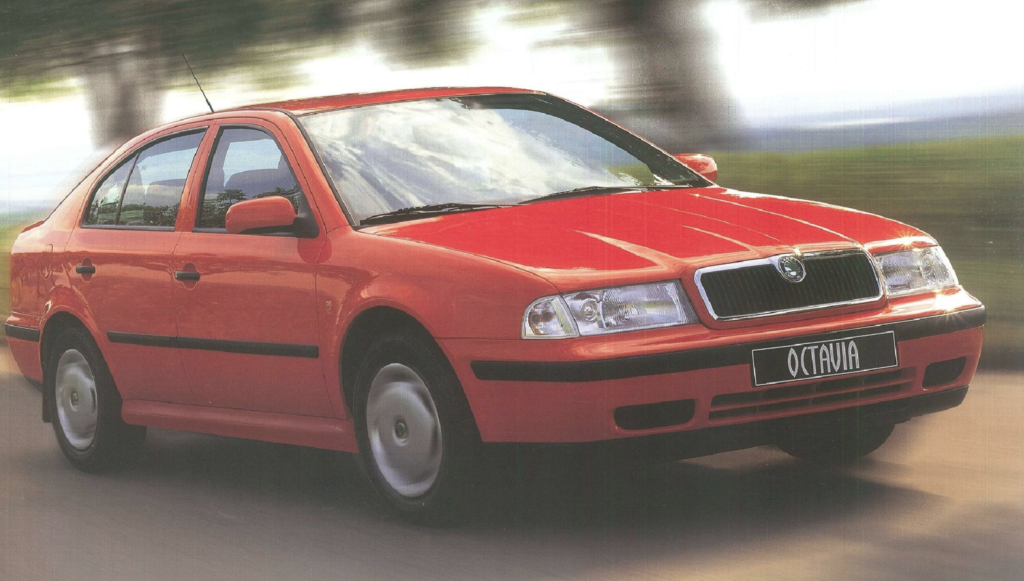