Ukraine’s SkyUp airline has been granted permission to operate seven routes between the Czech Republic and Ukraine, starting in April, including a twice-weekly route from Brno.

Another connection is planned with Ostrava, according to zdopravy.cz.

The carrier has received from the Ukrainian State Aviation Commission permission to run seven new routes between the two countries from April 2021.

Kyiv-Brno flights are planned to depart twice a week.

SkyUp flights to the Czech Republic are currently suspended, but the carrier seeks to resume its previous lines between Prague and Kyiv, Lviv, and Kharkiv from March, as well as the route from Kyiv to Pardubice.

Wizz Air also began operating routes from Lviv and Kyiv to Pardubice in 2020.

As of Thursday, January 7th, new measures will apply for those entering the Czech Republic, introduced by the Ministry of Health.

Travellers from red countries (including Czech citizens and foreign nationals) must complete an arrival form and show a negative PCR test (done either abroad or in the country), or undergo quarantine upon entering the Czech Republic.

Travellers from orange countries may arrive without completing an arrival form. However, foreigners who are coming for work or to study must present a negative PCR test before going to their workplace or the educational institution. 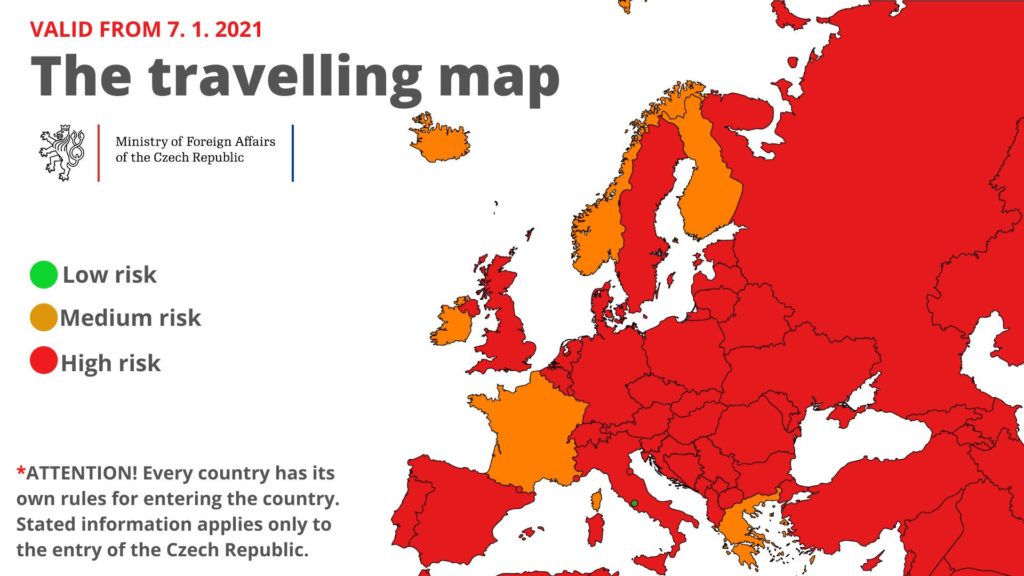 IATA Expects to Roll Out Covid Travel Pass ‘Within Weeks’: All You Need to Know

The IATA sees the digital travel pass, a mobile app developed by the association, as an essential tool…