People Have Been Sledging Over Mass Graves at Lidice Memorial

Dozens of people have been sledging over mass graves at the Lidice Memorial over the weekend.

Lidice, in what was Czechoslovakia, was demolished by German forces in September 1942.

Lidice was targeted as having harbored the soldiers who killed Heydrich and the punishment was devised by Hitler and Himmler themselves.

Every adult male from the village was rounded up and taken to a farm on the outskirts of the village where they were shot down ten at a time. The women and children were then separated and sent to separate concentration camps. The village itself was completely razed, with even the buried dead being destroyed.

“Now because of the pandemic winter sports facilities are closed, so they are using the memorial,” says the director of the Lidice Memorial, Eduard Stehlík.

“It was a shock for me. Even though there is not so much snow, people came here over the weekend to sledge over the old cemetery. I can’t understand it. Unfortunately, more and more people have been disrespecting the place. As time passes, historical sensitivity is fading,” he adds.

“We have been trying to solve these problems all year round. Dogs are running around, even though it is forbidden. People come here to picnic. Last June, I expelled from the graveyard some guys and girls who were sunbathing over the hill.”

Today, Marie Uchytilová’s sculptures from the 1990s overlook the site of the old village of Lidice.  It comprises 82 bronze statues of children who were murdered at Chełmno during the summer of 1942. 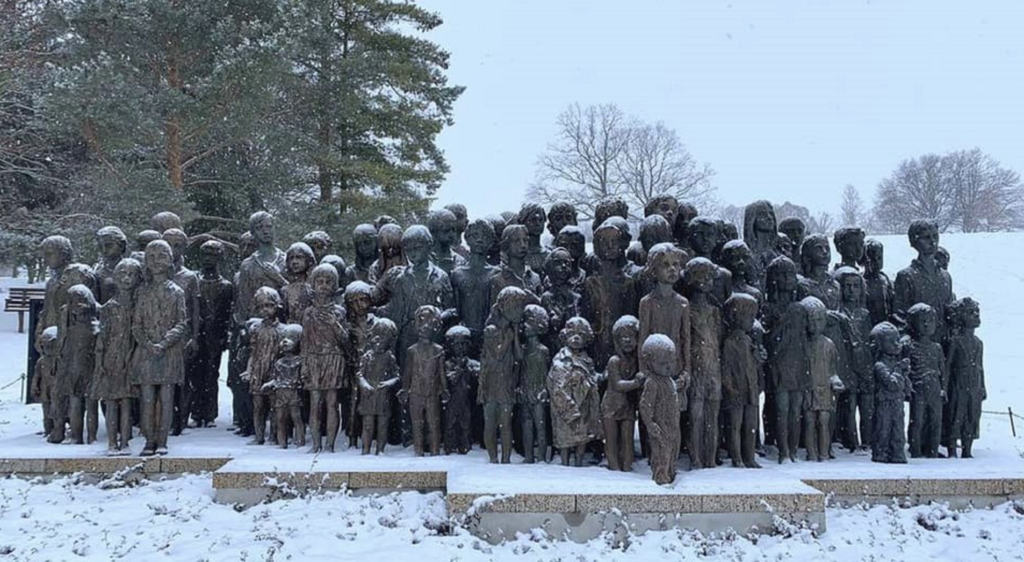 The Chinese carmaker Dongfeng has started offering cars and electric cars in the Czech Republic. Next year it…

A new memorial dedicated to the victims of the Armenian genocide was unveiled in Kralupy nad Vltavou. It…

The European Union’s top court on Monday ordered Poland to pay a daily fine of 500,000 euros until…

It once seemed relatively uncontroversial: a 25-page document meant to reduce violence against women across Europe.  But a…

If your day doesn’t start until you’re up to speed on the latest headlines, then let us introduce…
Total
70
Share