The statue of Soviet Marshal Ivan Konev has been vandalized on the anniversary of the Soviet-led invasion of Czechoslovakia in 1968.

The Prague 6 district said on its Facebook page on August 22, a day after the anniversary, those unknown individuals poured red paint on the statue and wrote with white paint on its base: “No to the Bloody Marshal! We will not forget.” 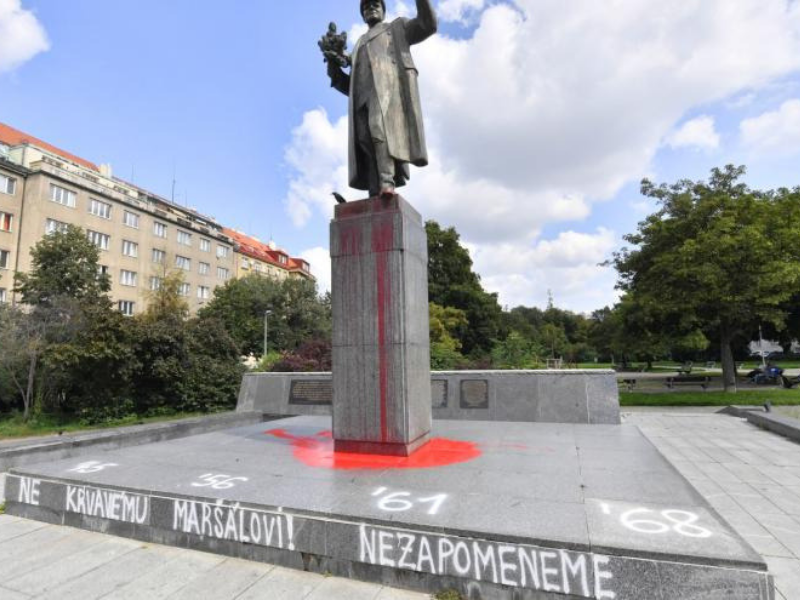 Authorities of the Czech capital’s district, where the statue was erected in 1980 to commemorate Konev’s role in liberating Czechoslovakia from Nazi occupation, have suggested moving the statue to a park near the Russian Embassy.

Marshal Konev (1897-1973) led Soviet troops that liberated most of Czechoslovakia’s territory and entered Prague on May 9, 1945.

In 1946, Prague’s Podebradska Street was renamed after him. Local authorities have been considering changing the street back to its previous name for several years.

In 1956, Konev took part in the brutal suppression by Soviet troops of the Hungarian uprising in Budapest.

In 1961, he was the commander of the Soviet troops in East Germany when the Berlin Wall was erected, and some historians say he also participated in planning the Soviet-led invasion by Warsaw Pact troops of Czechoslovakia in August 1968.