Towards the end of last year, there were references regarding the fact that Tesla was planning to launch its first centre in the Czech Republic and was looking for employees.

A few months later this information was confirmed, and in the first half of this year, the service centre in Prague’s Vysočany officially opened as part of the Advantage Cars complex.

It was the first hint to suggest the opening of an official dealership. Despite the service centre in the Czech Republic, customers still had to travel abroad for their cars. Nevertheless, Elona Muska announced the opening of the first Prague sales point, again in Prague 9 – Vysočany, specifically at Freyova 95/10. 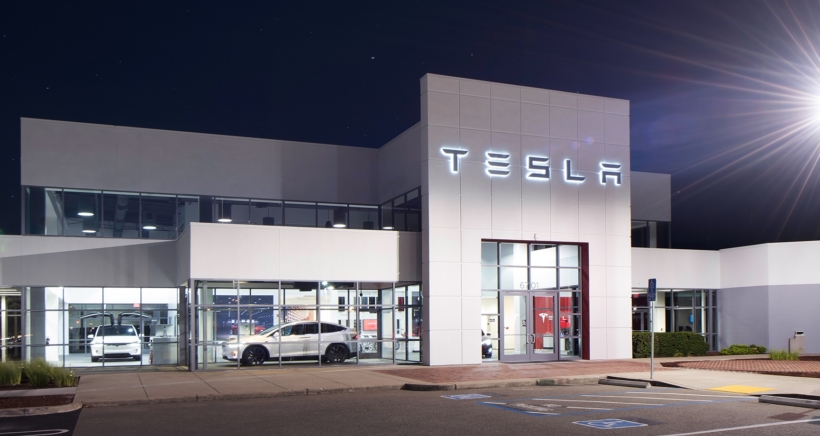 The opening is scheduled to happen in a few days, specifically on October 4th. The same day and the day after there will be test drives and a general presentation of the diverse possibilities for Tesla customers in the Czech Republic. Tesla announced this on its website and in the newsletter they sent to customers.

There will be more expensive cars like Models X and S, as well as the most affordable one, Model 3. At the same time, cars will receive an official Czech price for the first time. The opening of the store was confirmed by an e-mail from the official representation:

We are pleased to invite you to a test drive in our newly opened Tesla store in Prague.

During the meeting, you will have the opportunity to become familiar with the standard safety and comfort features of its Autopilot, learn how to charge Tesla at home or on the go, and see how the electric car can fit without any trouble into your lifestyle.

If you are interested, you can book a test drive with Model S, Model X or Model 3.

The Economic Damage Of The Covid-19 Lockdown, Penta Hotel Sheds Light On Loss

Many small businesses, restaurants, various shops, and hotels are greatly suffering from the consequences of the lockdown, and…

“Majority of Population Could be Vaccinated by September,” Said President Zeman

This evening at 18.00, the Czech government will discuss and possibly decide whether issue a stricter lockdown or…

Former Czech president Vaclav Klaus, who has recently made a splash by publicly defying government restrictions to stem…

The Government Has Reached an Agreement on New Pandemic Law

The government has reached an agreement on new pandemic law. The Minister of Health now has the power…

This year, the Czech Republic will send 140 million CZK from the On-Site Assistance program mainly to the…

The Czech government re-declared a state of emergency for two weeks to tackle the coronavirus pandemic. The decision…

The Latest: State of Emergency to End on February 14

Babiš: “We Need to Wait for the Sputnik V Approval by the European Union”

On Wednesday morning, Prime Minister Andrej Babiš (ANO) said that the Czech Republic will wait for the Sputnik…