When distant suburban cemeteries had been built by the turn of the 20th century, Prague’s Electric Company, the local public transport operator, devised a plan to connect them with central residential areas using special “funeral trams”.

Not only to carry coffins but also to host funeral rites during the journey to the cemetery – a truly futuristic notion combining the new electric current and old catholic faith, 19th-century ritual, and 20th-century efficiency.

The proposed Kafka-esque tram consisted of two separate compartments, each for one ceremony: there was space for eight mourners, the coffin, funeral wreaths, and a separate coupé for the clergyman.

Once World War I broke out, the plans have been put on hold. For the time being, ambulance tram-cars appeared in Prague to connect railway stations with nearby hospitals as soon as shell-shocked front-line soldiers started flowing into the ancient capital.

But the city got its funeral tram after all: on October the 22nd at 3 pm, the first tram-car departed from the military hospital at Karlovo náměstí to carry two coffins of deceased soldiers to the infamous Olšany cemetery.

The tram was designed to carry four coffins in two compartments accessible from the sidewalls of the vehicle, painted black and instead of the usual route number, the roof lamp showcased an illuminated cross.

The tram was operated by military personnel and within one year carried over 1042 coffins of front-line soldiers. It was dubbed “Černá Máry” (The Black Mary) by the frightened locals.

The Black Mary was in operation for less than two years. 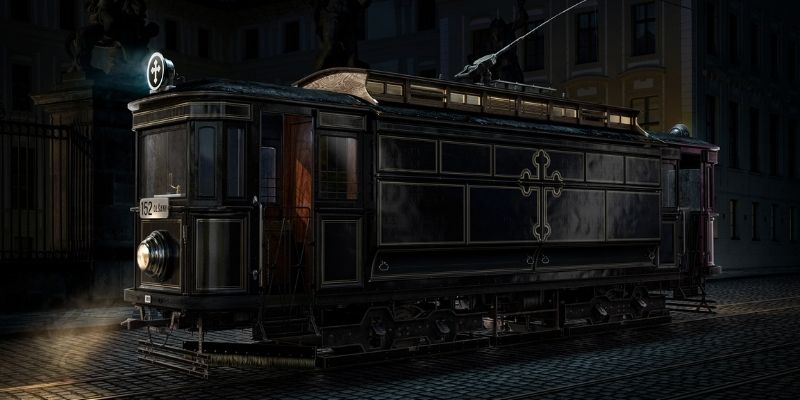 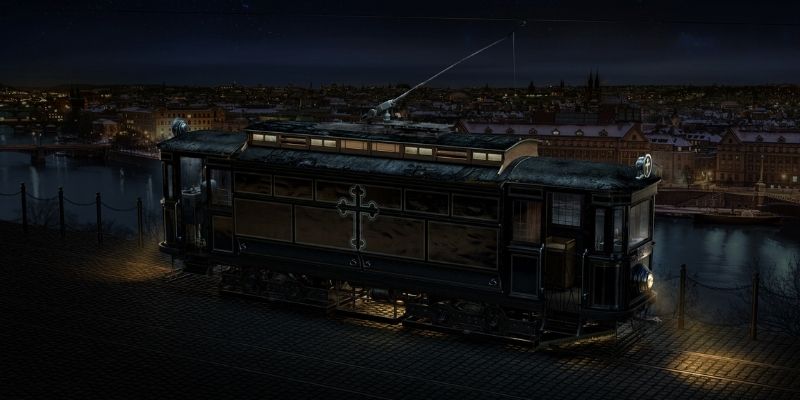 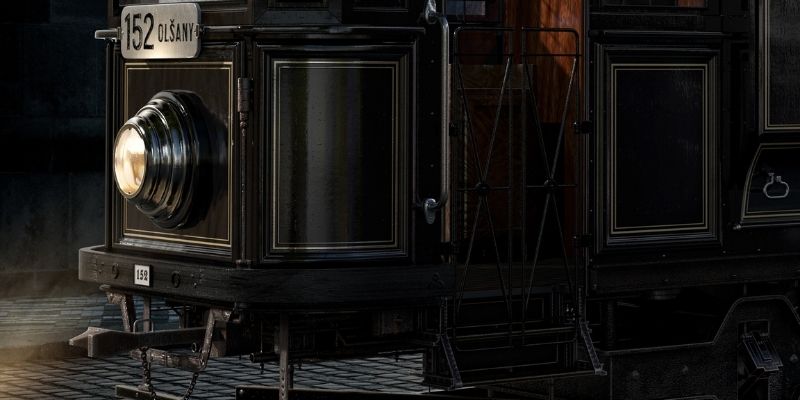 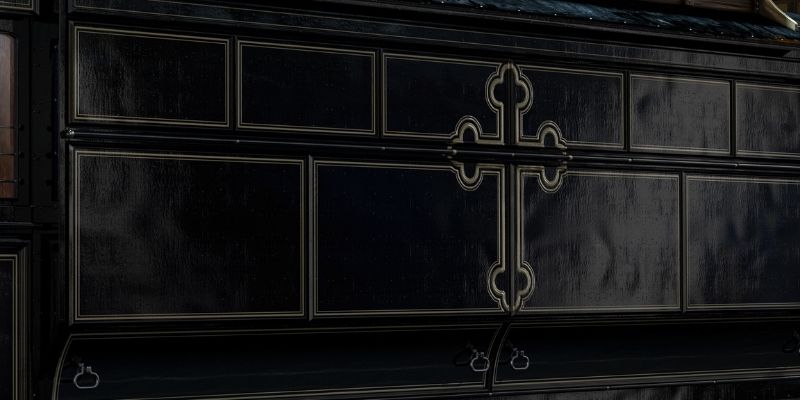