On Oct. 18, 1896, Prague held its first-ever film screening at the Hotel U černého koně. Optician and mechanic Adolf Oppenheimer carried out the screening, screening only short films at the time.

Ponrepo’s father was a glider, but rather than endeavor to take over the family business, Ponprepo worked as a traveling magician for a while.

When interest in the magic business tanked at the turn of the 19th century, Ponprepo purchased both a phonograph and a cinematograph, kicking off his career in film.

By 1911, there were nine cinemas located at Prague’s center and another 13 in the suburbs, making for an uptick of 22 cinemas over the course of four years alone.

Another three years later, and there were 39 theaters constructed in the city, seeing around 12,000 visitors on weekdays and up to 80,000 on Sundays.

Today, with its seemingly innumerable theaters and cinematic repertoire, Prague remains a hallmark city for filmmakers and enthusiasts alike. 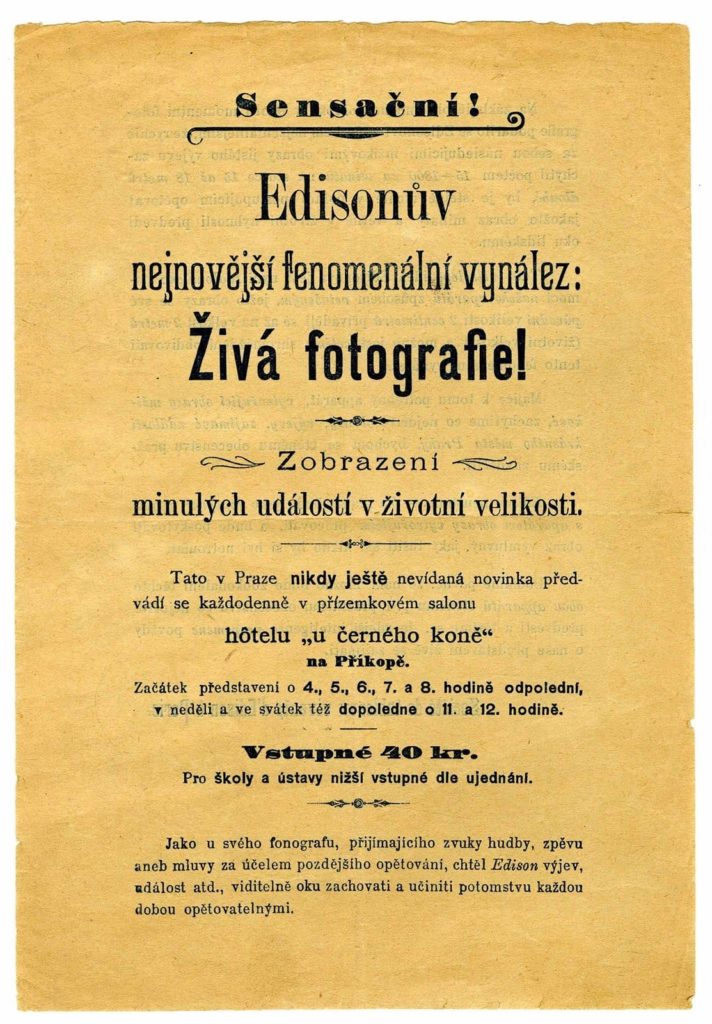