The Three Most Haunted Places in the Czech Republic

Looking for a hair-raising experience? Then make your way to one of the 3 most haunted places in the Czech Republic (if you dare…)!

The mysterious Bor forest, also called Branišovský forest, is located southwest of Česke Budějovice. This forest hides many scary mysteries and stories told by the daredevils who have passed. Soldiers who have served in the area recall hearing strange melodies sung by a male voice. People have seen a male figure hovering a few centimeters above the ground with glowing red eyes wearing a black jacket and hat.

Four hundred years ago, there was a settlement that lined the narrow road that connected the village to the outside world. The area was full of deep swamps where many people met their premature deaths. A few years ago, there stood a hanging tree. Over the course of several years, many people had taken their lives on the tree. Finally, villagers decided to burn down the cursed tree.

To make matters worse, one night an unknown flying object crashed into the forest. The area was closed for a year and nobody couldn’t enter it – not even soldiers. 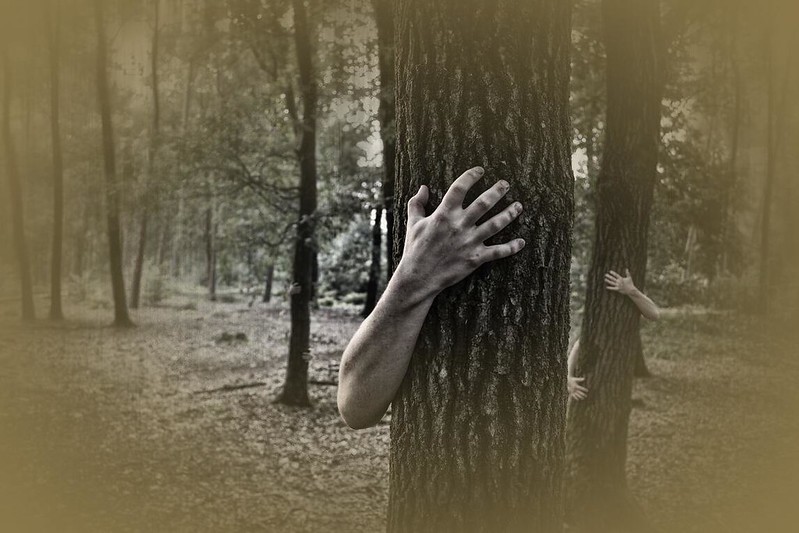 This story may be unknown even to most Czechs, but the cemetery itself is so frightening it supposedly inspired the Czech romantic author Karel Jaromír Erben to write one of his most famous poems “Noční košile” (“The Wedding Shirt”).

This particular tale tells the story of a soldier and a young, beautiful orphan girl. The soldier fell in love with the orphan girl when his army marched through the region to the south to fight in a war. Unfortunately, as it usually happens, the young soldier died in the war and it was his friend who later came back to tell this tragic news to the poor girl.

His friend was in love with the girl himself and asked her to marry him now that her lover was dead. She rejected him saying that until her death she would not love another man but her deceased lover. The friend got mad and enraged he shouted: “If you want him so much, then have him!”

He then supposedly found a powerful priestess who helped him summon his dead friend (some versions of the story claim she was a fortune teller or that he did this all by himself). The ghost (or a demon) then began to haunt his love, possessed her and she fell sick. Only through exorcism did she regain her health back but ever since then a female face has been appearing on a wall of the small church standing in the local cemetery.

The Bull Rock is located in Moravian Karst just north of Brno. It is the longest cave system in the Czech Republic, reaching lengths of up to 13 km. In the past, 450 meters of the cave was open but today the cave is closed to the public, reinforced with an iron door.

In 1872, famous archaeologist Jindřich Wankel made a significant discovery here. Clay pots, bronze statues, jewelry made of gold as well as human and animal bones: the remains of more than 40 people were buried here. It was reported that this was a sacrificial place where people and animals were sacrificed during ceremonies.

The people were killed violently, with deep wounds to their skulls and bronze arrowheads piercing their ribs. Some of the human heads were split either lengthwise or crosswise. The people who live in the area experience distressing feelings that make them weak in the knees. There is a lot of negative energy in these areas. 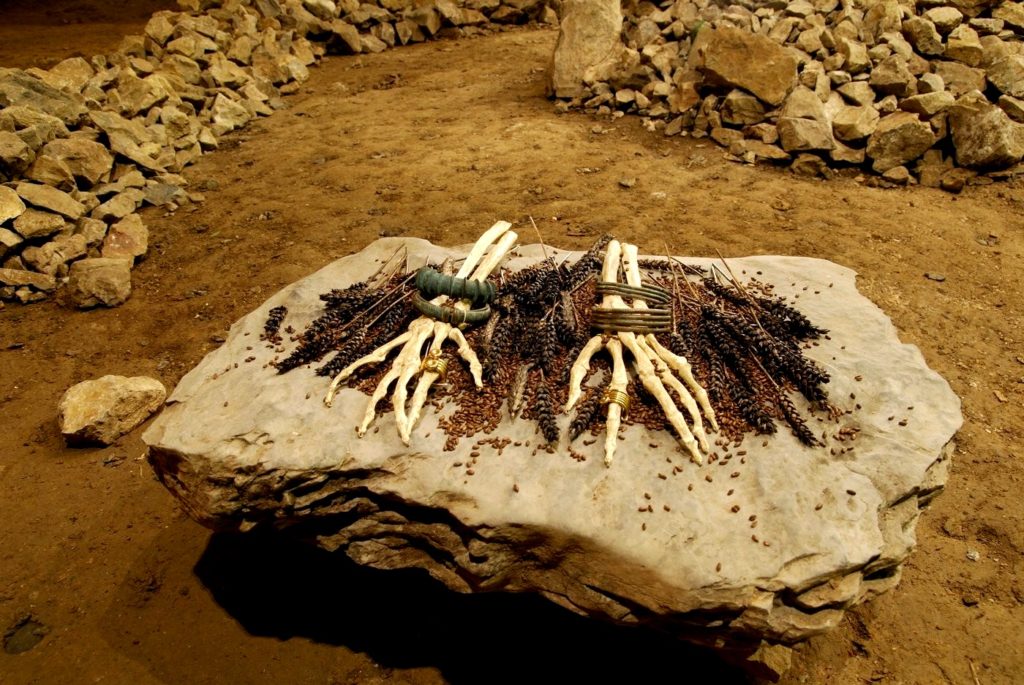 Get Ready for the Future of Music. Lunchmeat Festival to Start on September 27

The Czech Republic is an EU leader when it comes to the density of the railway network. With…

Febiofest to Premiere the Latest Batch of Czech Films

The Colloredo-Mansfeld Palace, located on Karlova Street and close to Charles Bridge, stages exhibitions in a beautiful example…

Einstein Had a Love-Hate Relationship with Prague and Its People

The late physicist Albert Einstein, like many before him and many who followed, fell in love with Prague…

The Czech Republic’s vaccination campaign appears to be stalling as the country’s infection numbers are rising again. Although…

Batman Comes to Prague for the First Time

Batman is one of the most iconic fictional characters in the world. So it makes perfect sense why we’re…

If your day doesn’t start until you’re up to speed on the latest headlines, then let us introduce…
Total
49
Share