We are now very familiar with robots – machines that possess artificial intelligence and perform tasks that humans find arduous or simply unattractive. What you might not know is that the word robot comes from the Czech for “forced labour”.

It was first used to mean an artificial humanoid in the stage play R.U.R. written in 1920 by Karel Čapek, which premiered on  January 2, 1921, by the Unity of Klicper Theater Amateurs in Hradec Králové, and the official premiere was at the National Theater in Prague on January 25, 1921.

The acronym stands for Rossumovi Univerzální Roboti and translates to English as Rossum’s Universal Robots.

The title refers to the creations of Mr. Rossum, a Frankenstein-like inventor and possible inspiration for Metropolis’s Rotwang (who was himself an inspiration for Dr. Strangelove).

Čapek told the London Saturday Review after the play premiered that Rossum was a “typical representative of the scientific materialism of the last [nineteenth] century,” with a “desire to create an artificial man—in the chemical and biological, not mechanical sense.”

While others credit Karel Čapek, as the author of R.U.R., with coining the term, he insists it was in fact his older brother Josef, best known as a painter, but also noted as a writer and a poet who suggested it.

An account of how it happened was published in 1933 telling how the idea for the play occurred to Karel Čapek who immediately went to tell his brother about it, finding Josef at his easel painting and was encouraged to write it:

“But,” the author said, “I don’t know what to call these artificial workers. I could call them Labori, but that strikes me as a bit bookish.” “Then call them Robots,” the painter muttered, brush in mouth, and went on painting. And that’s how it was. Thus was the word Robot was born. 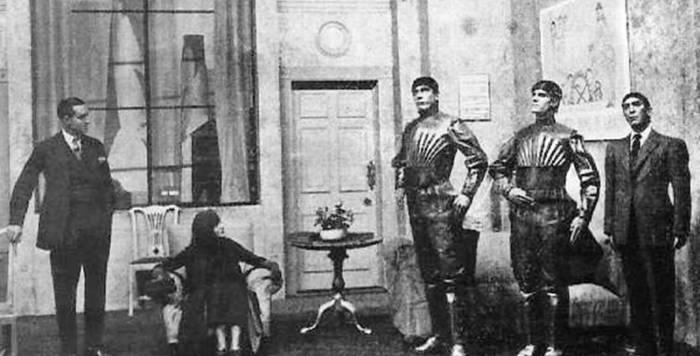 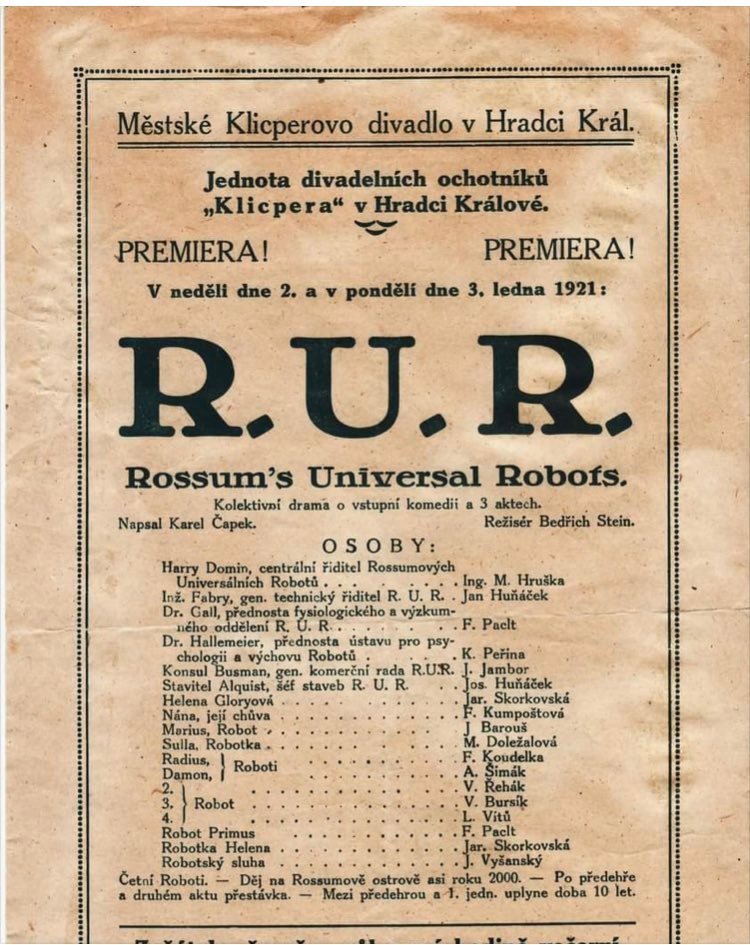