The only European emergency medical service (EMS) mobile app Záchranka reached 1 million downloads in July 2019 after three years of saving lives by locating people in case of an accident or emergency.

The Záchranka EMS app, financially supported by the Vodafone Foundation, provides emergency services with the most accurate GPS location and all the data phones have about users of the app to help dispatchers and other EMS workers to find and save injured people quicker. The number of calls from this app has reached over 30,000 with 50 calls received every day.

Besides sending your location and connecting you to EMS dispatcher, the Záchranka app can also serve as an encyclopedia in which you can find the first-aid manual and the map to see the nearest hospitals around you. The mobile app currently works only on smartphones and the Apple Watch, but the company works on implementing the app on other technologies and will introduce smart wristbands this year that will work just like the mobile app. 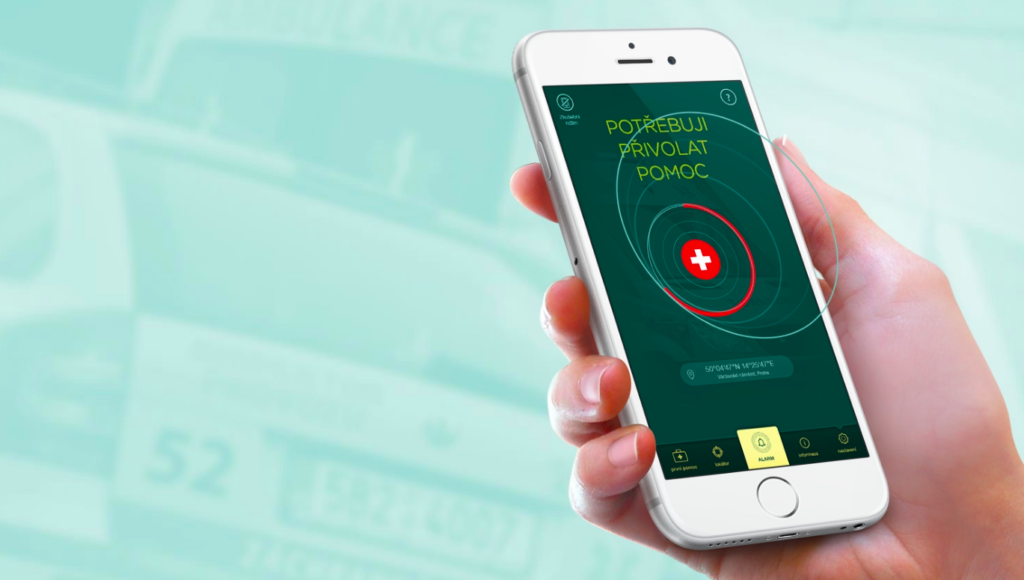 The founder of Záchranka, Filip Maleňák, says that even a weak mobile signal is enough to send an emergency message with all the necessary information. “The software has proven to be effective in terms of facilitating the conversation with dispatchers,” he says. “The dispatchers now simply confirm information they received and you do not need to tell it verbally.”

“The only weakness of the application is that it works only in four Central European countries, including Austria, Hungary, and Slovak Mountain Regions,” Maleňák adds. “But we are cooperating with countries with similar EMS systems.” After the second year of functioning within Czech borders, the area of influence has expanded to the Austrian and Slovak mountains by integrating the app with local mountain and water rescue services.

Maleňák was studying Biomedical Technologies and Bioinformatics at the Brno University of Technology when he got the idea of creating the app. “I enjoyed walking in the mountains and I once thought that if I got injured, I would need to call emergency service and describe my location and injuries verbally,” he recalls. “But things can get tricky when you call emergency service while being under stress, unable to explain where you are and what are the injuries.”

Maleňák developed this idea in his bachelor thesis and presented it at the Czech medical conference, getting positive responses from rescuers. They believed that the app would facilitate the rescue process in terms of timing and locating wounded people. However, it was difficult to implement the technology because the country is divided into fourteen regions and each region has its own medical service centre with different people in charge.

“It was a challenging process to persuade all regions to implement this new technology, but Filip was very focused in getting it done and providing this tool to everybody,” PR Representative of the Vodafone Foundation Veronika Řídelová says. “And this is something we really value in cooperation with him and his team — he manages to get things done.”

Working towards the goal of “Connecting for Good,” the Vodafone Foundation uses the EU and Vodafone funds and invests in projects with a technology-oriented vision for improving people’s lives. Operating in 27 different sites around the world (in countries where Vodafone is present), the Vodafone Foundation is devoted to three main programs: “Laboratory”, “World of Difference”, and “Technologies for Society”. Since 1991, Vodafone and its foundations around the world have invested over $1 billion into positive social change programs. The Záchranka app went all the way from “Laboratory” to “Technologies for Society”, being financially supported by the Vodafone Foundation Czech Republic.

Currently co-financed by the EU, “Laboratory”, a 9-month program for startups and entrepreneurs, has been going on now for 7 years, has supported three projects, including the Záchranka app, which have expanded into more than one country, according to Řídelová. As part of “World of Difference”, the Vodafone Foundation provided Záchranka team with an Internet of Things (IoT) expert, whom the non-profit organization would not be able to afford otherwise, to help develop the smart wristbands. Now, the Záchranka app is at the “Technologies for Society” stage with the yearly cost of the support amounted to Kč 3,7 million, according to the Vodafone Foundation website. 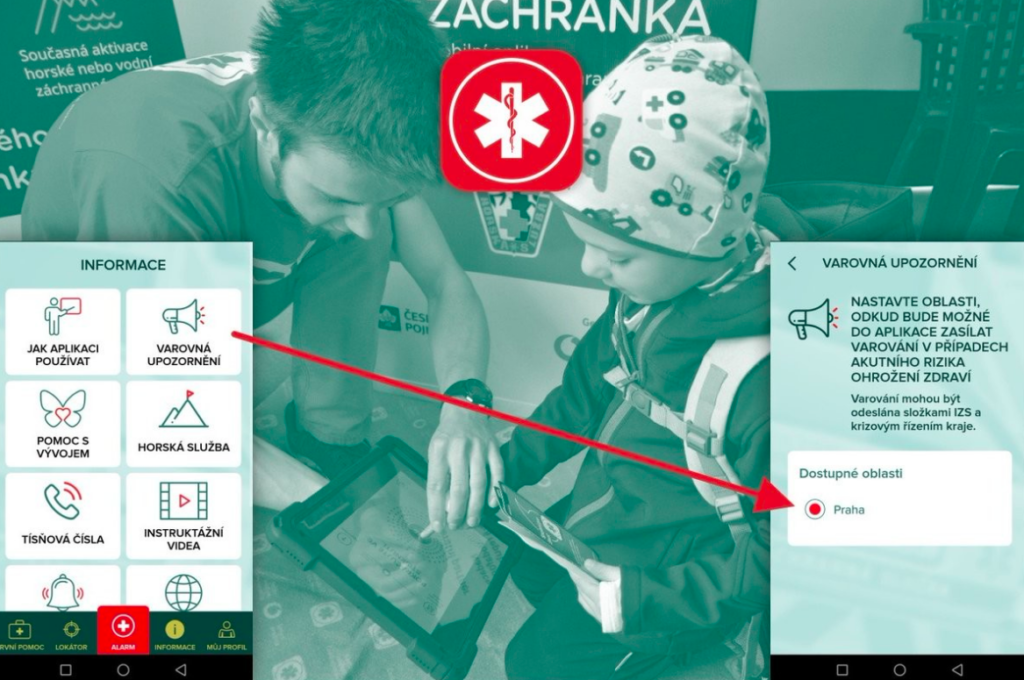 Since Vodafone Foundations are operating in 27 countries, supported projects can be proposed to all member countries and eventually be adapted there. Záchranka has been presented several times at the Vodafone Foundation annual meetings, as Řídelová says. After the huge success in the Czech Republic, Vodafone Hungary started to cooperate with Czech Záchranka to launch the Hungarian EMS app, interconnected with the original software, though under new titles. It means that Czech Záchranka will work in Hungary, Austria, Slovak mountains and vice versa.

“If you are deaf or use the Záchranka app outside of the Czech Republic and speak neither German nor Hungarian, you can still communicate with local PSAPs by pressing ‘I cannot talk’ button,” Řídelová says, explaining another feature of the software. “By pressing it, you will just need to indicate the type of injury and send the emergency message.”

Along with the expansion and development of new features like making the app compatible with the users camera, voice call functionality, and via sensors, Maleňák’s team is introducing the reverse emergency service that will warn people in certain areas about terrorist attacks or chemical accidents by sending notifications within the app, which, he says, “is more efficient and cheaper than sending millions of SMS.”

By 2025, there are plans for 3,000 charging points for electric cars to be created in the Czech…

The Ministry of Health will propose to the government to shorten the validity of antigen and PCR tests.…

Czech President Milos Zeman will meet with the leader of the opposition coalition Together, Petr Fiala, at his…

Bohemia Energy, one of the biggest electricity and gas suppliers in the Czech Republic, halted operations on Wednesday…

The History of Panelák Housing in the Czech Republic

Prague was recently voted the most beautiful city in the world. With its castles, gorgeous architecture and cobblestone…

According to data from statisticians, prices rose by 4.9 percent year on year in September, surprising economists. They…
Total
15
Share