During the coronavirus pandemic, Czechs were drinking less. (Yes, you read that correctly.)

The Czech brewing industry recorded a loss of over CZK 4.7 billion due to coronavirus and government measures from March to May, according to a study by the Center for Economic and Market Analysis (CETA).

After the government ordered to close pubs and restaurants during a nationwide quarantine, beer sales fell by 55 percent and 728,000 hectoliters, respectively.

Revenues for breweries fell by CZK 1.1 billion, meanwhile, suppliers recorded a loss of CZK 165 million from March to May.

However, sales of beer in bottles increased by approximately CZK 794 million, said Martina Ferencová, head of the Czech Beer and Malt Association.

“We (now) produce more beer in bottles and cans, we have seen 15% growth in domestic demand for packaged beer,” she added.

According to Ferencová, the loss will also affect the state budget revenues (at the moment is over CZK 1.3 billion).

Exports, in turn, were hit when the Czech government closed the borders on March 16.

Large breweries like Staropramen can still do relatively well owing to contracts with supermarket chains selling their products in bottles and cans.

“We are afraid of uncertainty after the COVID period,” said Luboš Kastner, co-founder of the restaurant group Hospodská. “There is no dialogue between the government and the gastronomy scene, which employs 150,000 people. We’d need a national gastronomy support program, such as in Germany and Austria,” he said.

“For example, a temporary reduction or remission of excise duty or VAT would help,” said Ferencová.

The Czech Republic had the seventh-largest beer industry in the EU in 2016, and a survey last year found that as well as six large breweries, there are almost 30 mid-sized ones as well as 440 microbreweries, up from 160 in 2012.

Czech firms exported a record-high 5.16 million hectolitres of beer last year, a rise of 11 percent from 2018, according to data from the Czech Beer and Malt Association. Beer exports were worth about €290 million in 2018. Plzensky Prazdroj, the country’s largest brewery, was reportedly the tenth biggest taxpayer in the country that year. 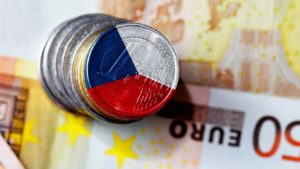 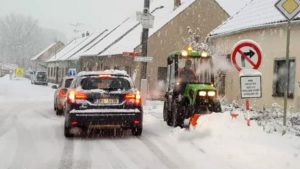